LOS ANGELES – When Nick Lima looks back on his soccer career, the defender for the San Jose Earthquakes remembers the talented athletes he played with before he went pro who never got a shot because the college admissions process didn’t recognize their struggle.

“Some of the best athletes I played with growing up didn’t have the economic foundation to go to college,” Lima, who’s on the U.S. men’s national team, told Cronkite News. As a Major League Soccer player who’s also a graduate of University of California, Berkeley, he was able to hone his soccer skills while earning a bachelor’s degree in Science, Technology and Society.

Lima is part of a growing movement in the sports community supporting Proposition 16, which would lift the ban on affirmative action – proactive policies adopted by governments and institutions to increase participation by historically disadvantaged minority groups – that California voters approved in 1996.

Prop. 16, Lima said, “just gives an equal playing field for everyone in this deep pool of talent in all sports.”

Debates about affirmative action across the country have grown heated over the years. In 2010, 59.5% of Arizona voters approved Proposition 107, which banned affirmative action programs administered by state agencies, cities, counties and school districts. 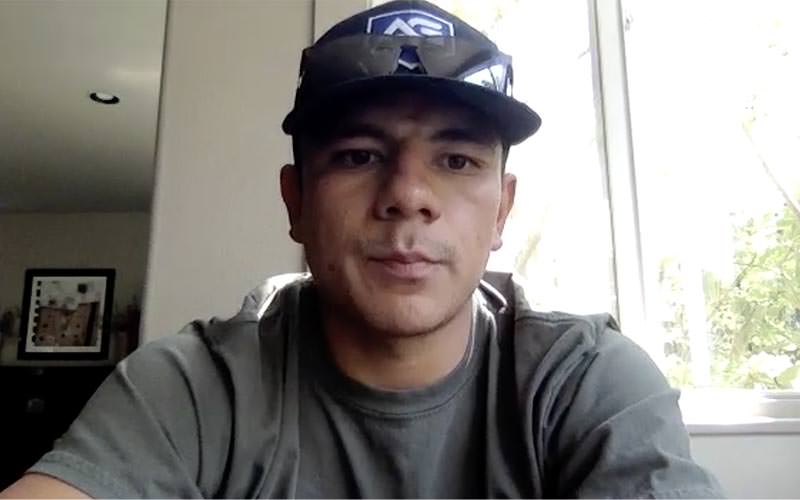 Much like Arizona’s proposition, California’s Prop. 209 banned the use of affirmative action, declaring that preferential treatment was prohibited in public sectors on the basis of gender or race. It was approved by 54.6% of voters.

The greatest impact Prop. 16 could have on athletes is college admissions. In 1997, the first year of Prop. 209, the admission rate for Black students applying to UC Berkeley dropped to 19.7% from 47.8%. The total percentage of Black students among the study body fell from a high of 7.4% in 1989 to a low of 3.2% in 2016, the Los Angeles Times reported. However, the university’s most recent data show that Black students now make up 5 percent of enrollment after the school accepted the largest amount of Black students in 30 years.

Neither state was able to implement the equal rights policy with ease. California’s 209 made it through with just a 55% public vote, while Arizona’s Prop. 107 passed with 59%.

“Those in favor of Prop. 107 got their wish – no preferential treatment for those suffering from centuries of discrimination,” Dianne Post, legislative co-chair of the Arizona National Organization for Women, said in an email. “No boots with laces. No hand up to help the poor.”

“When you start giving different preferences based upon your race, gender, color or national origin, I wonder how that can be achieved, equality,” said Assemblyman Steven Choi, an Orange County, Calif., Republican. “Isn’t this country based upon your effort and hard work? If you work hard, you achieve.”

Post and other Arizonans hope a measure similar to Prop. 16 comes before state voters soon.

Politicians at that time said, “‘We’ve tilted too much in the other direction.’ Meaning that Blacks and women are just getting too much power – enough of that,” said Post, whose group strongly opposed the 2010 ballot measure. “And so here we are, another 10 years wasted in subjugation of the majority of Americans and another uprising against it. “

Proposition 16 has taken center stage as protests for racial justice, and the Black Lives Matter movement, have provided the backdrop to this summer’s sports and national news. The Urban League’s 2020 State of Black America report shows that the latest Equality Index, a calculation of the social and economic status of African-American relative to whites, is 73.8%. The 2020 Hispanic index is 78.8%

“It (Prop. 16) is important because it allows for more inclusion and people to have equal opportunity,” said Lima, a Mexican American who grew up in the Bay Area, which he called “one of the most diverse communities in the world.”

However, even if the opportunity arises, the next level of competition could be more of the same discrimination, he said.

The reinstatement of affirmative action would be felt in the workplace, in the classroom and on the field – and it would affect women.

In the World Economic Forum’s Global Gender Gap Report 2020 ranking of 153 countries based on gender equality, the United States failed to make the top 50. 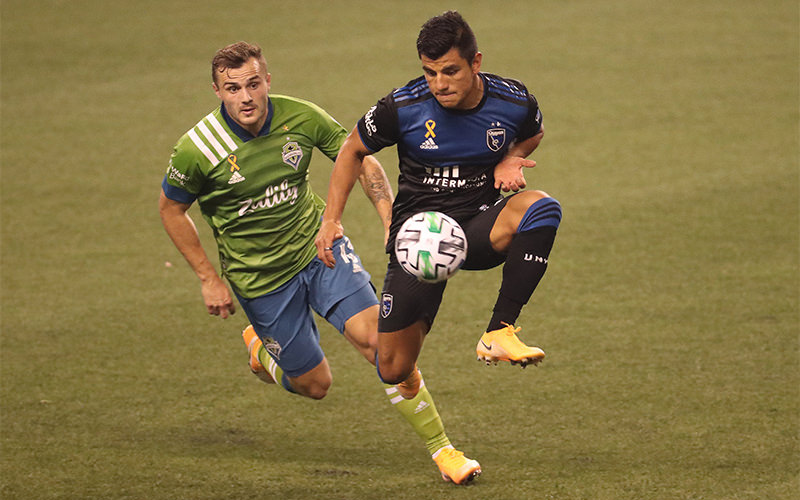 Jordan Morris of Seattle Sounders and Nick Lima of San Jose Earthquakes battle for the ball in the second half at CenturyLink Field on Sept. 10 in Seattle. (Photo by Abbie Parr/Getty Images)

Social justice has been a major talking point during the pandemic, even finding its way onto the field. Whether it’s wearing Black Lives Matter slogans on jerseys or kneeling during the national anthem, athletes are speaking up. They feel it is their duty, even more when racist comments are directed at a teammate. This happened to Lima’s pitch partner in July, when he received racist messages over Instagram.

How Valerie A. Campbell Regained Her Power After Sexual Abuse and Now Helps Other Women Heal