JACKSON, Miss. – You walk into the coaches’ meeting room at Jackson State and it’s impossible to miss the saying Deion Sanders has painted on the wall in red, white and blue block letters.

“I was called by God to make a difference.”

So what does that mean?

Sanders has implemented quite a few changes since becoming Jackson State’s football coach 339 days ago.

He’s improved every aspect of the Jackson State program, from what the players see to their training room to new uniforms – they will wear five different uniforms with five different helmets – to a new practice field, so they don’t have to go to a local high school.

The change Sanders hoped to create for historically Black college and university (HBCU) football is also happening. The result is one of the most anticipated HBCU seasons in decades.

ESPN and its collection of networks will broadcast 39 games, including the SWAC championship and the Cricket Celebration Bowl. Each team will appear at least once; Jackson State will have eight of its 10 games on ESPN. 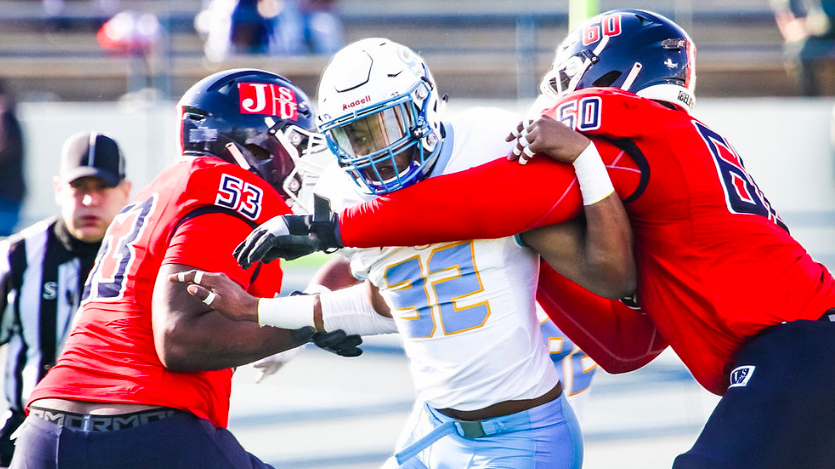 “[Deion’s] pizazz and charisma and flashiness as a player really translates in the HBCU landscape,” said ESPN play-by-play voice Tiffany Greene, the first African American woman to serve as a play-by-play announcer for college football on ESPN. “It’s kind of who we are culturally.”

Part of this season’s sizzle is Coach Prime, a six-part documentary series that follows Sanders and the Jackson State football team.

The series, from SMAC Entertainment and Barstool Sports, premieres Sunday and streams through Sept. 2. Episodes will stream at 7 p.m. ET each night on Barstool Sports’ digital, mobile and social platforms, and will be made available on demand immediately afterward.

The show raises awareness of the Jackson State student-athletes and all HBCUs, says Sanders.

Highly anticipated start to the season

Jackson State’s much-anticipated season begins against Florida A&M on Sept. 5 in Miami at the Orange Blossom Classic, resurrected after a 43-year absence.

Florida A&M and Bethune-Cookman have joined the SWAC and North Carolina A&T, one of the Mid-Eastern Athletic Conference’s founding members, left for the Big South Conference. Alabama A&M quarterback Aqeel Glass is among the nation’s best FCS quarterbacks and has a chance to get drafted, as does North Carolina A&T running back Jah-Maine Martin. 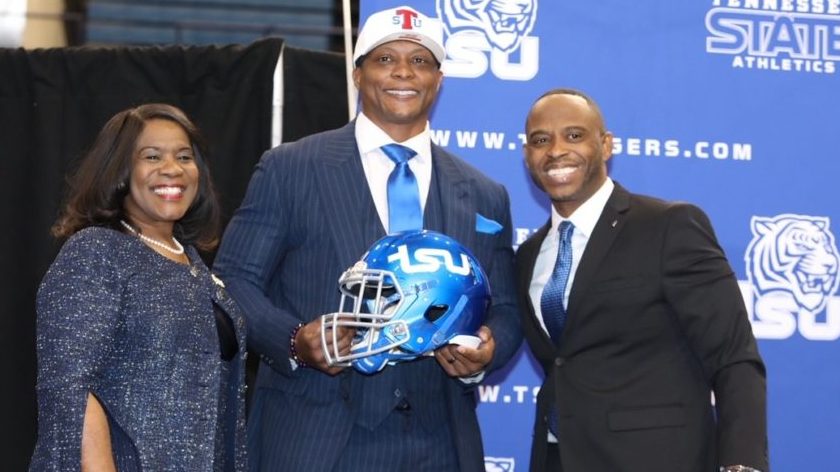 “There is this perfect storm of everything brewing at the right time,” said Greene, a fourth-generation Florida A&M graduate. “Folks are ready to get out. They’re ready to hit the college football scene and homecomings. We have a really competitive matchup and we have this wave of momentum that’s following Black college football.”

Still, this season is all about Jackson State and whether Sanders’ team can meet the high expectations of the Tigers’ fan base after a 4-3 finish in the spring following a 3-0 start. Their fourth victory was a forfeit over Alcorn State.

The Tigers haven’t won a SWAC championship since 2007 and have just four SWAC titles since 1990. This is from a program that won seven SWAC titles in the 1980s.

Sanders’ team features nine transfers from the Southeastern Conference, including his son Shilo, a sophomore safety who played at the University of South Carolina. Jackson State had one of FCS’ top recruiting classes last spring, highlighted by Sanders’ son, Shedeur, a four-star quarterback, and defensive back De’Jahn Warren. Warren, the nation’s top-rated junior college cornerback, picked Jackson State over Georgia.

The roster, by design, is dramatically different from the one that competed in the spring. Sanders expects to win.

“It’s not just about winning. We’re going to win,” Sanders said. “It’s about making it better for everybody – not just Jackson State. Mississippi Valley State. Alcorn. Grambling. FAMU. I could keep going. This is for everybody. This ain’t just about us. It’s bigger than that.

Sanders wants to win and send players to the NFL, which will allow HBCU football to be a viable option for elite players for the first time since the 1960s and ’70s, when the best African American football players played at HBCUs because playing at predominantly white institutions wasn’t an option.

None of the 259 players selected in this year’s draft were produced by HBCU schools. In 2020, Tennessee State tackle Lachavious Simmons, a seventh-round pick (227th overall), was the only HBCU selection.

Houston took Alabama State offensive lineman Tytus Howard with the 23rd pick of the 2019 draft. Three other HBCU players were taken in the seventh round.

Jackson State, Grambling, Morgan State and South Carolina State each have four players in the Pro Football Hall of Fame. There are 33 HBCU players in the Hall of Fame, including Donnie Shell, Harold Carmichael and Winston Hill, who were added earlier this month. 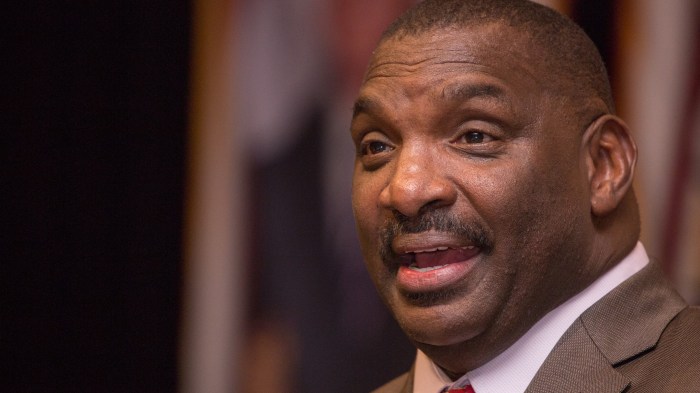 “HBCU schools don’t have a megawatt booster base that funds these programs,” said Roland Martin, who hosts the daily streaming news show Roland Martin Unfiltered on YouTube, “but if you create opportunity for players to create visibility at HBCUs, it changes. That changes the ballgame.”

Sanders leveraged the relationships he created during his NFL and MLB careers to help the SWAC get a three-year sponsorship agreement with Pepsi for all SWAC football and basketball championship games through 2023.

“Until we’re sleeping like they sleep, until we live like they live. We’re not getting the academic resources with all the tutors that they’re getting,” Sanders said of FBS programs. “We want to level the playing field, but gonna quit talking about it and be about it. It’s about a man and a plan. 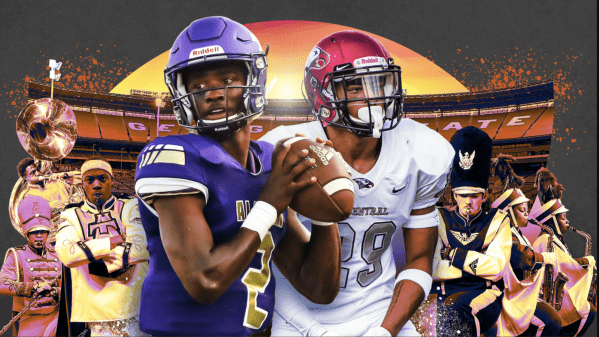 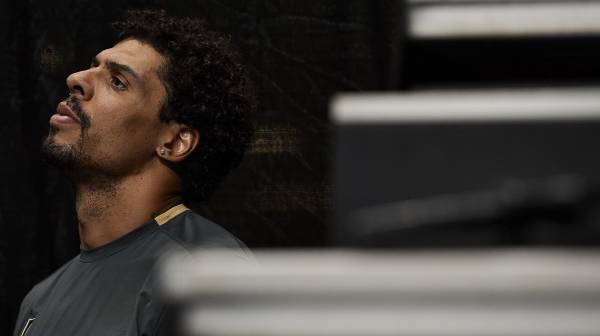 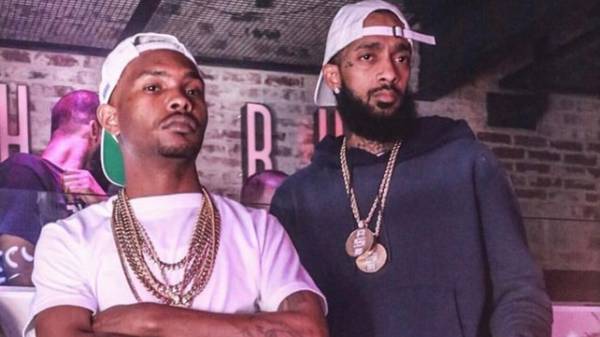 “Look at all the great programs we have today. They all started with a man and a plan. Look at Alabama before Nick Saban. How did he change Alabama? He was a man with a plan and the rest is history.”

Jean-Jacques Taylor, a native of Dallas, is an award-winning journalist who has covered the Dallas Cowboys and the NFL for 25 years and is president of JJT Media Group.