Andy Robertson Predicts Which African Team Will Go the Furthest in the 2022 World Cup ▷ SportsBrief.com

Liverpool defender Andy Robertson has chosen the African team that will go far in the upcoming 2022 World Cup tournament in Qatar.

Five teams represent the continent: Senegal, Cameroon, Ghana, Tunisia and Morocco. No African team has gone past the quarter-final, and this tournament will test their grit.

Ghana were the last African team to get to the quarter-final, doing so in 2010, but the infamous Luis Suarez handball and the subsequent penalty miss from Asamoah Gyan saw them exit the tournament.

Senegal and Cameroon are the other African teams to reach the last eight. Given the quality of teams this time though, it’s going to be tough, according to Goal.

Exciting feature: Check out news exactly for YOU ➡️ find “Recommended for you” block and enjoy!

Unfortunately, the Scotland international will not be at the World Cup since his country did not qualify. He told Supersport that Senegal’s squad has a good chance of progressing further compared to other teams from the continent.

“Senegal. I think they will win in the tournament. I think they’ll be a bit of an underdog. Obviously, they won the African Cup of Nations; a really good squad, a lot of big players.” 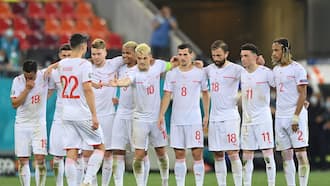 Senegal still have several experienced players that could lead them into the tournament.

The two-time treble winner with Barcelona and Inter Milan, said his country Cameroon will beat Morocco in the tournament’s final.

No African has ever won the global tournament, with only European and South American teams lifting the trophy.

20+ ways to celebrate Black History Month in the Bay Area