Birthplace of a Hidden Figure

Since 2017, August 26 has been known as Katherine Johnson Day in West Virginia. The celebration commemorates the birthday of the ground-breaking NASA mathematician who was born on August 26, 1918, in White Sulphur Springs.

Katherine Johnson contributed her mathematical expertise to the first human space travel missions in the United States. In 1953, in a time of racial segregation, she started a job as a human “computer” with the National Advisory Committee for Aeronautics (NACA), the predecessor to NASA. She worked in the West Area Computing section at Langley Research Center on a team of Black women headed by fellow West Virginian Dorothy Vaughan.

Glenn became a household name in the United States, but it wasn’t until recently that Katherine Johnson’s name became well-known. Her story came to light in 2016 through the book and film Hidden Figures by Margot Lee Shetterly. In a pivotal scene in the movie, John Glenn hesitated over trusting his fate in space to a network of new IBM computers. He asked Johnson to check the equations for his orbit against the computer output. “If she says they’re good, I am ready to go,” said Glenn.

Johnson’s birthplace, White Sulphur Springs, is shown in the image above, acquired by the Landsat 8 satellite in 2019. The small city sits in the Allegheny Mountains, one of the smaller ranges running through the Appalachians. The city was settled in the 18th century around a natural freshwater spring, which is now on the grounds of the Greenbrier Hotel. Katherine’s father, Joshua Johnson, worked at that resort as a bellman, but he was determined to get his talented daughter an education that allowed her to excel. 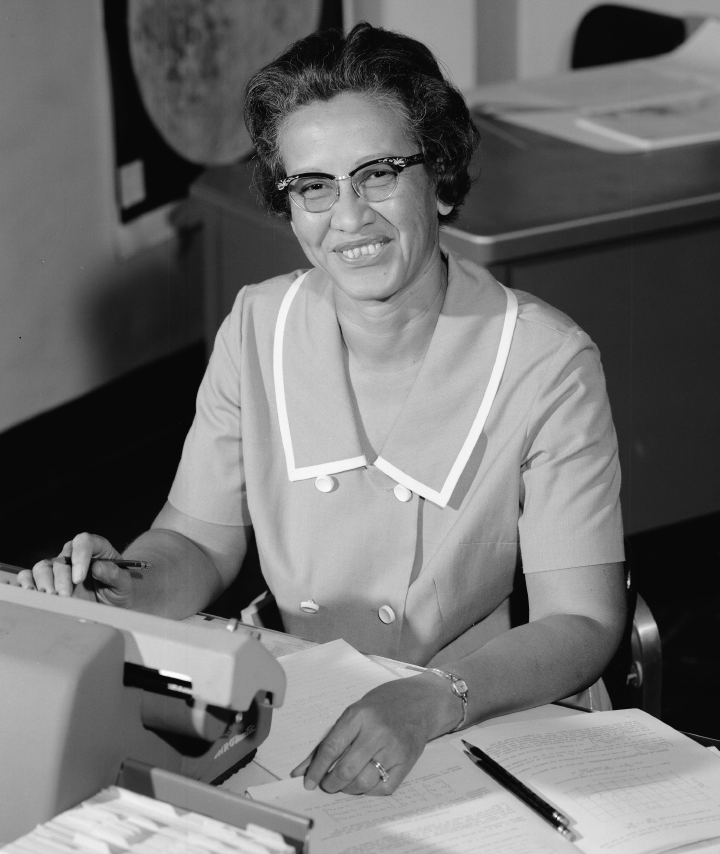 Johnson’s fingerprints are on some of NASA’s greatest achievements. She precisely calculated trajectories for the 1969 Apollo 11 flight to the Moon, and she worked on the Space Shuttle and the Earth Resources Technology Satellite (later renamed Landsat 1). Across three decades at Langley, she authored or co-authored more than two dozen research reports before retiring in 1986.

In 2015, President Barack Obama awarded Johnson the Presidential Medal of Freedom, citing her as a pioneering example of African-American women in science, technology, engineering, and mathematics. “Katherine G. Johnson refused to be limited by society’s expectations of her gender and race, while expanding the boundaries of humanity’s reach,” said Charles Bolden, NASA’s first Black administrator and a former astronaut.

In 2019, NASA renamed its Independent Verification and Validation Facility in Fairmont, West Virginia, for Katherine Johnson. When she died on February 24, 2020, then-NASA Administrator James Bridenstine said: “She was an American hero and her pioneering legacy will never be forgotten.”

It's Under Construction, But Old Friends Can Still Check In on the … – TAPinto.net