If I could only use one word to describe Bishop Wayne T. Jackson, founder of the Impact Network – African American inspirational television network, it would be passionate.

In my hour-long phone conversation with Bishop Jackson, it became crystal clear that he believed every, single word gushing from his mouth.

He’s a man of faith and he’s planted his seeds of faith (no larger than a mustard seed) into the fertile ground that is the Black faith-based community.

If faith could actually be tabulated into hard currency, Bishop Jackon’s wealth would exceed Jeff Bezos, CEO of Amazon whose wealth is estimated at 196 billion.

Oh ye, of little faith ten years ago Bishop Wayne T. Jackson, and his wife, Dr. Beverly Y. Jackson breathed life into a dream and created the Impact Network — which is not only still in business but is broadcasting in over 88 million homes and is the largest Black-owned faith-based tv network spanning across the united states, the Bahamian Islands and parts of Africa.

In 2017, Bishop Jackson gave the benediction at Donald Trump, 2017 presidential inauguration and ended up engulfed in a controversy revolving around the ineffective, unqualified, and impeached Trump.

Politics aside, Bishop Jackson has maintained that the Impact Network is a place for change, growth, and hope. And that includes programming that’s designed to inspire, inform, and uplift your spirit, soul, and body.

Here is what Bishop Jackson, founder of the Impact Network – African American inspirational television network had to share about growing his network in ten years. 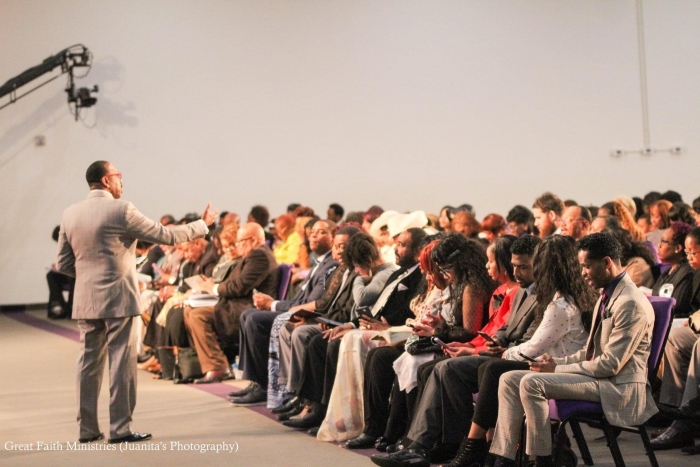 BISHOP JACKSON: Hello, Los Angeles Sentinel. Is she? Good. I really wanted to connect with your newspaper. I respect them, so I am happy to be talking with you today.

LAS: Thank you, for saying so. So, let’s get to the good stuff. What’s your mission with the Impact Network?

BJ: Our mission for at Impact has always been to provide enriching entertainment that impacts your life in every way that includes spiritually, physically, financially, mentally, and emotionally.

LAS: You started this network with your wife, correct?

BJ: Yes, I did [Dr. Beverly Y. Jackson]. We founded the Impact Network in April of 2010. We’ve been working in our community (Detroit) for more than 30 years. We saw the need first hand.

LAS: Correct me, please, if I am wrong but your network is the largest wholly and privately owned African-American faith-based television network?

BJ: Yes. You are correct. We’ve been operating for ten years. We started the network with an investment of $150 thousand dollars.

LAS: How are your numbers?

BJ: Good question. When we started we had about 200,000.LAS: And now? How big of an audience do you think that you have?

LAS: What was one of your motivators to start the network?

BJ: Good question. Well, we didn’t see much in the way of African-American ownership of networks. 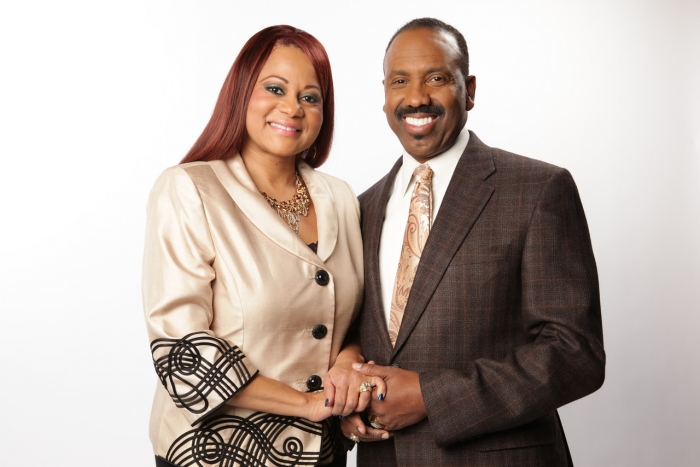 BJ: True but we felt that it was important for Blacks to have ownership, especially when it came to media and the messages that influence our communities.

LAS: Amen. So is your network just for African-American people of faith?

BJ: We celebrate all cultures and all people but Impact is a direct expression of our culture from the Black inspirational perspective. My wife and I along with many others feel that it’s important for Blacks to have ownership, especially when it comes to media and the messages that influence our communities.

LAS: Do you agree that its important that people see themselves as they are and not how the mainstream media—especially the news—paints them?

BJ: Of course. Yes. Impact’s vision is to uplift people by giving them a positive vision of who they are — exactly. What they can do and who they can become, beginning first with spiritual awareness and allowing the transformation to go from there.”

LAS: You are clearly a man of passion and faith. It’s in your voice.

BJ: Faith has always been a strong pillar in the Black community and has provided hope and inspiration through the generations.

LAS: True, you know a lot about faith in action. You’ve been married for more than 40 years. You have nine children and 26 grandchildren.

LAS: Do any of your kids work for your network?

BJ: Five do. Yes, we do have family working for the network.

LAS: So, most of your programming has been with speakers and ministers paying a fee to put their show on your network and a fee from cable and satellite providers for you providing programming. Are you going to create and finance original programming in the future?

BJ: Yes, it’s our plan in the future for sure.

LAS: What do you think we really need to advance as African-Americans in this racist country?

BJ: The system is set up and the weight of the system is on the people. Whoever is going to be the President [Of the United States of America, 2020] … is going to have to make the effort—not just talk—but an effort to show that they are going to address the problems in these cities. We need boots on the ground in this country to really see what’s going on in the community.

This interview was been edited for length and clarity.

From Messi to the Bucks to tennis, athlete power is growing in unpredictable ways | At Large

From Messi to the Bucks to tennis, athlete power is growing in unpredictable ways | At Large