The activist group Leaders of a Beautiful Struggle was widely seen as radical when Dayvon Love helped launch it a decade ago. Suddenly in 2020, much of the country has caught up.

The rush of events that upended the nation this year has made issues championed by Love’s group and many others like it into priorities not just for activists but also for business, cultural and political leaders. Police violence and the many tentacles of structural racism that have long ensnared African Americans are now at the heart of the national debate, raising prospects for lasting change.

Many American institutions have moved swiftly to signal their recognition of Black lives, representation and leadership. Corporations, news operations, philanthropic groups, cultural institutions and others are appointing Black bosses, shifting policies and re-examining ways to diversify their workforces and missions. The words “Black Lives Matter” stenciled on a street near the White House are large enough to be captured in satellite photographs.

“There is more space in the mainstream for groups like ours to make arguments in spaces where people of influence can hear them,” said Love.

In years past, painful incidents such as the killings of George Floyd, Breonna Taylor and Ahmaud Arbery might have caused an uproar and then slowly disappeared from view. But as many Black Americans go to the polls today, they are navigating a national landscape transformed by tragedy, protest and a pandemic. It has been one of the most tumultuous years in decades, thrusting the nation onto a new and uncertain trajectory.

The coronavirus has caused sickness, death and economic stagnation across the globe. In this country, it has followed a predictable pattern by killing African Americans at double the rate of white people, and throwing a disproportionate share of Black people out of work. Yet, if the pattern of devastation is familiar, the nation’s response is not.

Questions about systemic racism and police violence have helped shape the presidential race. Across the country and beyond, athletes and sports leagues, who in the past were often skittish about public protests, have stepped up to support Black Lives Matter.

NFL commissioner Roger Goodell admitted that the powerful sports league was wrong in its past efforts to silence the player protests ignited by former San Francisco 49ers quarterback Colin Kaepernick.

Athletes in the NBA, WNBA, and MLB refused to play games following the police shooting of Jacob Blake in Kenosha, Wisconsin. The NHL launched an anti-racism effort, and NASCAR banned the Confederate flag from its events. Players in the English Premier League took a knee before kickoff and wore badges with the words “No Room for Racism.”

“Everybody is talking about racial justice. And there are all these Black Lives Matter signs all over the place,” Love said.

The symbolic moves have been accompanied by tangible ones. In the wake of this summer’s protests, Gen. Charles Q. Brown Jr. was named Air Force chief of staff, making him the first African American to head a branch of the U.S. military. Pope Francis named Archbishop Wilton Gregory a cardinal of the Catholic Church. When Gregory is formally elevated at a consistory later this month, he will become the first African American cardinal in the history of the church.

The nation’s historically Black colleges and universities, which typically struggle for donations, have received more than $250 million in philanthropic help this year. It may be the largest outpouring of donations to HBCUs since Andrew Carnegie, John D. Rockefeller and Julius Rosenwald gave large gifts to the institutions more than a century ago.

The ongoing racial reckoning is long overdue, but it also has ignited its share of backlash. Self-styled militias and white supremacist groups have paraded during demonstrations at the Michigan state capitol and elsewhere, sometimes wearing tactical gear with rifles slung over their shoulders. They have railed against coronavirus restrictions and attacked Black Lives Matter protesters. And, at times, they have received support from the White House.

White supremacists and other right wing extremists have been responsible for 41, or two-thirds, of the nation’s terror attacks and plots so far this year, with at least half of that violence targeting protesters, according to a recent report by the Center for Strategic and International Studies, a centrist think tank that has tracked domestic terror since 1994. In its own assessment released last month, the federal Department of Homeland Security concluded that “racially and ethnically motivated extremists –specifically white supremacist extremists – will remain the most persistent and lethal threat in the Homeland.”

Clayborne Carson, a Stanford University history professor who directs the Martin Luther King Jr. Research and Education Institute, compared 2020 to 1964, another presidential election year when the nation stood at a crossroads.

The same year, the nation was pulled deep into the Vietnam War, there were riots touched off by police violence in Harlem, New York, and Philadelphia, and three civil rights workers were killed in Mississippi.

Republican presidential nominee Barry Goldwater said he was for equal rights. At the same time, though, he advocated states’ rights, a dog whistle heard by supporters as a condemnation of federal civil rights mandates. He also opposed busing and denounced laws requiring private businesses to do business with Black customers.

“It was during that time that major civil rights legislation got passed,” Carson said. “We also had a crucial election in 1964 where the Republican Party reacted to that by moving backward and becoming the Goldwater party.”

Speaking in Los Angeles shortly before Election Day, King urged people to vote by reminding them of the stakes. “Suffice it to say that we stand in one of the most momentous periods of human history,” he said. “And in these days of emotional tension, when the problems of the world are gigantic in extent and chaotic in detail, all men of goodwill must make the right decisions.”

Much has changed since, yet Carson believes King’s words would resonate now. “Every word he said would apply just as much to this election,” Carson said. “Literally, every word.”

Two of a past generation’s civil rights stalwarts, John Lewis and C.T. Vivian, died this year. Their mission is now carried out by young activists across who follow a new, leaderless model and are able to mobilize many more people to join on-the-ground protests than their civil rights predecessors.

“The scale of this movement is so much larger because it is fueled by all the various movements that have come into existence in the last half-century,” Carson said. “Women, gay rights, young people against violence in schools. Intense protests against economic injustice, the vast expansion of the gulf between the rich and the poor. All of these have come together that is many times larger than anything that existed in the 1960s.”

The question now is where will the movement take us.

A majority of Americans say they back Black Lives Matter. But that support has dipped from a high of 67% during the huge nationwide demonstrations that followed the police killing of Floyd, to 55% in September, according to polling by the Pew Research Center. African American support for the movement remained almost universal. But among whites, support slipped from 60% to 45%.

Some activists were always suspicious of the sudden embrace they received this year. Ralikh Hayes, deputy director of Organizing Black, a Baltimore activist group, said 2020 has left him both exhilarated and cautious. He believes most politicians do not truly share their policy goals, such as defunding the police, and that some of their support comes more out of expediency than genuine concern. 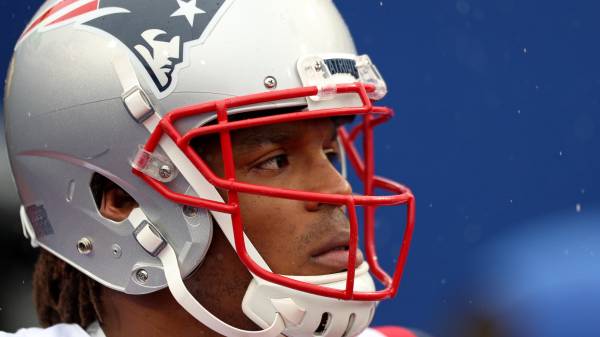 “As a movement, Black Lives Matter, has done a lot of great work this year. We are continuously increasing our power and our reach collectively,” he said. At the same time, he noted, “I think some of these companies are just scared. They are voicing support because they are trying to protect their brand. That’s capitalism.”

Others said they are taking their cues from the country’s past, which has taught them that there is almost never a straight path to justice because the public mood can shift suddenly.

“Whenever I talk to elders who were active then, they say they thought the revolution was going to happen in the ’60s,” said Love, director of public policy for Leaders of a Beautiful Struggle. “So I think with the emergence of [President Richard] Nixon, law and order, the kind of conservative revolution that ensued, I think we have to learn the lesson of history.”

Michael A. Fletcher is a senior writer at The Undefeated. He is a native New Yorker and longtime Baltimorean who enjoys live music and theater.