Tarana Burke founded Me Too in 2006 to help Black girls who experienced sexual violence. Burke says protecting the most marginalized protects everyone.

Take a look at your bookshelf. How many authors are Black? How many feature Black characters or talk about anti-racism?

If you’re missing titles that fit with these guidelines, you’re not alone. But you can change that, and literary trailblazers Sarah Kamya and Onikah Asamoa-Caesar have already started diversity initiatives around the country to better educate Americans through the most powerful of tools: reading.

The deaths of George Floyd, Breonna Taylor and most recently the shooting of Jacob Blake —  all Black people either killed or injured at the hands of police — have sparked months-long nationwide protests about police brutality and racism in America. Many Americans have sought to better educate themselves on these subjects, and creative projects have sprung up to spread awareness of what it means to be Black in America.

Looking for books about racism? Experts suggest these must-read titles for adults and kids

Kamya, 25, lives in New York but decided to go home to Arlington, Massachusetts (just outside of Boston), in April after the pandemic began. She did what many did during the start: walking every day, since there wasn’t much else to do. But on these walks she would pass a Little Free Library — a box filled with free books that members of communities can donate to and/or take from — around the corner from her house.

She noticed these libraries in her area, however, failed to offer any kind of racial diversity in their book selections.

“It’s interesting when you see what books are being passed on,” she told USA TODAY. “And I would start to see the same couple books in these libraries, and they just weren’t representative of anyone with a diverse background.”

After Floyd’s death, she wondered how she could help educate white people in her neighborhood.

Then, the idea came to her. She decided to put books about Black history, Black culture and ones that celebrate African American children or those with diverse backgrounds into these little libraries.

“I just thought it would be great to target the people who I grew up with in Arlington. And I didn’t realize it would expand as far as it has,” she said.

And expand it has.

Kamya initially began asking people to Venmo her, and then she’d buy books by Black authors from Black bookstores. In just a few months, she’s raised more than $16,000 and purchased more than 1,400 diverse books for Little Free Libraries in all 50 states. She has a wish list on Amazon for people to donate books, and her Instagram account Little Free Diverse Libraries has more than 11,000 followers.

When she sends books to those interested, she tries to send a mix of books for kids and adults: about six to seven children’s books and three or four for adults.

“I found that the children’s books are such an important way to teach and to learn,” she said. “And I think that if we can start these conversations earlier that adults and other people may shift their vision and way they understand things.”

As for what’s next, she wants to continue “to amplify and empower Black voices.”

She’s since moved back to New York but says she will continue to do the project while working full time as an elementary school guidance counselor.

“If I wake up and there’s no more money left from donations, then there’s still so much more work to do,” she said, adding that a benefit of distribution via Little Free Libraries is that these books will become a “never-ending project” and ideally travel from home to home.

Important: 100 Black novelists and fiction writers you should read, from Abi Daré to Zora Neale Hurston

Asamoa-Caesar, the owner of Fulton Street Books & Coffee in Tulsa, Oklahoma, started a subscription box called Ally Box in the wake of Floyd’s death, which has since sold out with approximately 1,500 subscriptions. Now she’s focusing on a new initiative called Little & Lit aimed at children, which launches next month.

The Ally Box project began with the racial reckoning in the U.S. as people reached out to her wanting to understand more about race and the history of racism in order to be better allies to the Black community. The kit included several books along with resources on what they could do in order to be a better ally in one, two and three-month packages. 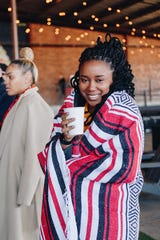 Onikah Asamoa-Caesar (pictured), the owner of Fulton Street Books & Coffee in Tulsa, Oklahoma, started a subscription box called Ally Box in the wake of Floyd’s death, which has since sold out with approximately 1,500 subscriptions. (Photo: Courtesy of Fulton Street)

Books in the Ally Box included titles such as “So You Want to Talk about Race,” by Ijeoma Oluo, and “How to Be an Anti-Racist,” by Ibram X. Kendi.

“We recently had an online discussion about the performative nature of allyship,” Asamoa-Caesar says. “And there was an article about how when Black folks are in pain, or when Black folks are killed, white folks get to join book clubs, and we were able to have a deep conversation about that and allow people to feel like they weren’t stupid for asking their questions.” 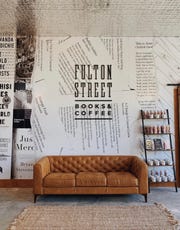 “But for children, they’re still building their worldview. And so we want to ensure that we’re placing literature in front of them that helps build a positive and healthy view of the world around them.” 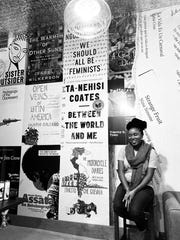 Fulton Street’s Ally Box was a success, and now people can sign up for Little & Lit, a book box for children. (Photo: Courtesy of Fulton Street)

With “Little & Lit,” the majority of books will be fictional and less explicitly about race. Ideally, “here’s a book about a character that looks like me, and I’m able to appreciate that, or here’s a book about a family or a child that doesn’t look like me, maybe doesn’t speak the same language, maybe doesn’t come from the same place I am,” Asamoa-Caesar said. “Little & Lit” will also touch on intersectionality, which is the intersection of social identities like race, class and gender.

Children’s books can also be helpful for adults, like Kendi’s “Antiracist Baby.” “It’s a children’s book, but when you open it, it’s really instructions to parents,” Asamoa-Caesar said. “Yes, these are books for children, but because parents will be engaging with them, you’re also building that multi-generational conversation.”

Kings’ defensive presence not felt in frustrating loss to Timberwolves