Sidelined is a season-long look at the NFL’s lack of diversity in coaches and team executives.

With nine weeks remaining in the 18-week NFL schedule, two head coaches have already been fired, and more moves could occur before the hiring cycle kicks off officially once the regular season ends.

On Monday, the Indianapolis Colts fired Frank Reich. The sacking of Reich followed the ouster of Matt Rhule by the Carolina Panthers on Oct. 10.

In the 32-team NFL, there are only three Black head coaches and a total of six minority on-field leaders. Now that Reich and Rhule, who are white, are former head coaches, there will be at least two clubs that could fill their vacancies with people of color.

There are many successful African American coordinators who should receive strong consideration for head coaching openings. Let’s look at some of them, beginning with Kansas City Chiefs offensive coordinator Eric Bieniemy.

No situation better illustrates the depth of the NFL’s hiring crisis than the fact that Bieniemy hasn’t climbed higher on the coaching ladder.

Since head coach Andy Reid promoted Bieniemy to be his top lieutenant on offense before the 2018 season, the Chiefs have won four AFC West division titles, two AFC championships and one Super Bowl trophy. Kansas City again leads the AFC West and is tied for the best record in the conference at 6-2.

Throughout Bieniemy’s spectacular stretch as a coordinator, Kansas City’s offense has ranked among the most productive in the league (this season, the Chiefs average a league-best of 30.4 points and are second in the NFL at 415.3 yards per game). What’s more, Bieniemy has contributed to the development of future Hall of Fame quarterback Patrick Mahomes.

By any yardstick, no NFL offensive coordinator has been more successful during Bieniemy’s tenure in the position. However, while many of his formerly less-accomplished counterparts have moved on to become head coaches, Bieniemy has not received an offer to run his own shop. 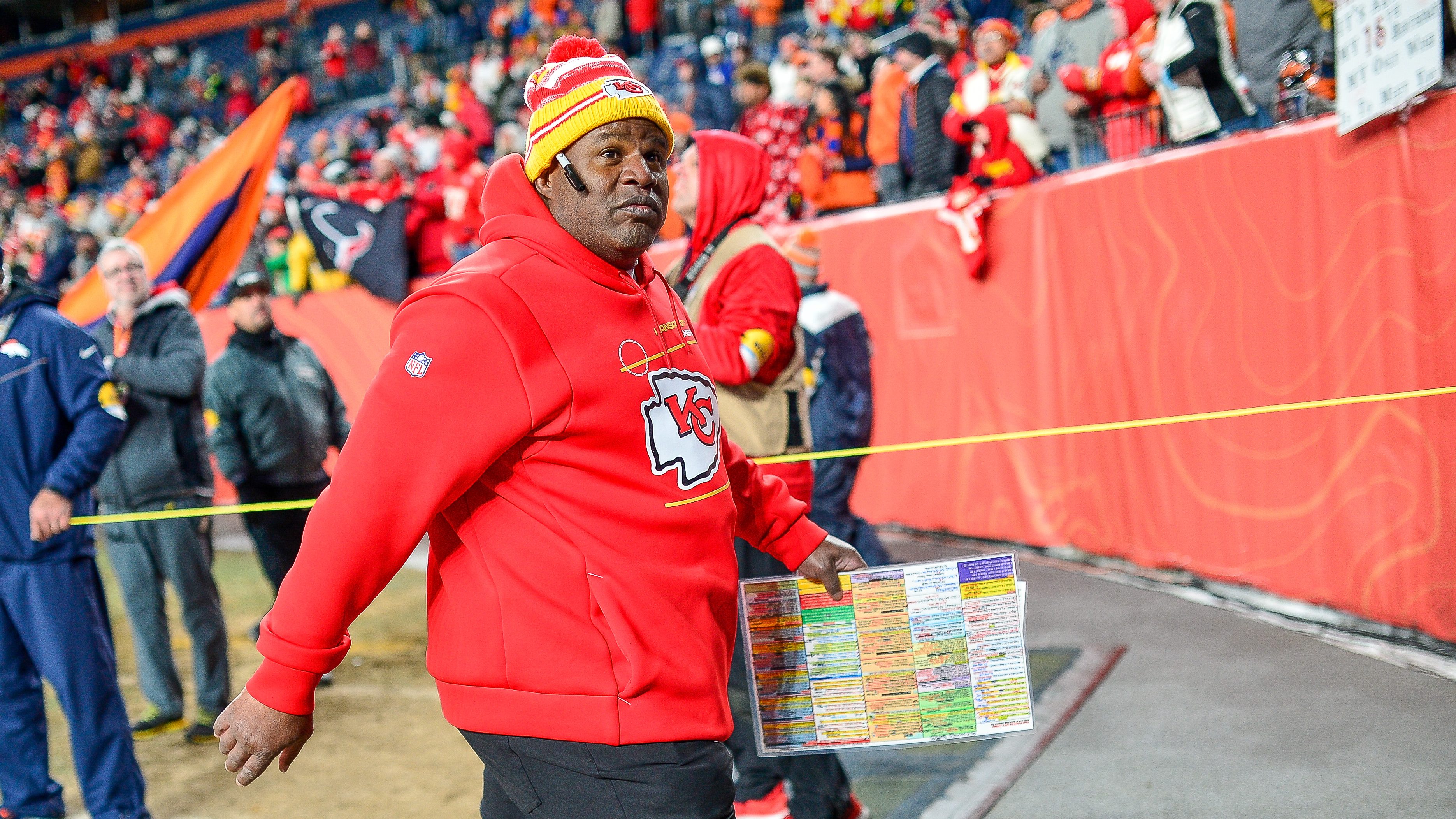 If Bieniemy is passed over again this hiring cycle, it’s unlikely he’ll ever occupy the office of an NFL head coach, many league officials believe.

Bieniemy and Tampa Bay Buccaneers offensive playcaller Byron Leftwich are among only three Black NFL offensive coordinators (Pep Hamilton of the Houston Texans is the other).

Leftwich directed the Buccaneers’ offense during the team’s victory over the Chiefs in Super Bowl LV. Despite being only 4-5, Tampa Bay is tied atop the NFC South with the Atlanta Falcons. As a Super Bowl winner who calls plays on offense, the side of the ball most head coaches come from these days, Leftwich possesses the credentials to be on any team’s short list of top candidates.

The chic preseason pick to win the Super Bowl, the Bills (6-2) lead the AFC East and are tied with Kansas City for the conference’s best record. As for Frazier’s defense, well, it has been outstanding: Buffalo leads the league in lowest scoring average at 14.8 points and is fourth in yards per game at 299.6.

Los Angeles Rams defensive coordinator Raheem Morris is another former head coach who’s expected to be a top candidate for openings this cycle.

With a record of 3-5, the defending Super Bowl champs have a lot to correct. But against Morris’ defense, opponents average only 98.4 yards rushing, the league’s fourth-best total, and 312.4 total, which is eighth overall. Back in 2009, Morris was the league’s second youngest head coach when the Tampa Bay Buccaneers tapped him to lead them at age 32.

And regarding Morris’ chances of moving up to the top rung again, never underestimate “The Sean McVay Factor.” 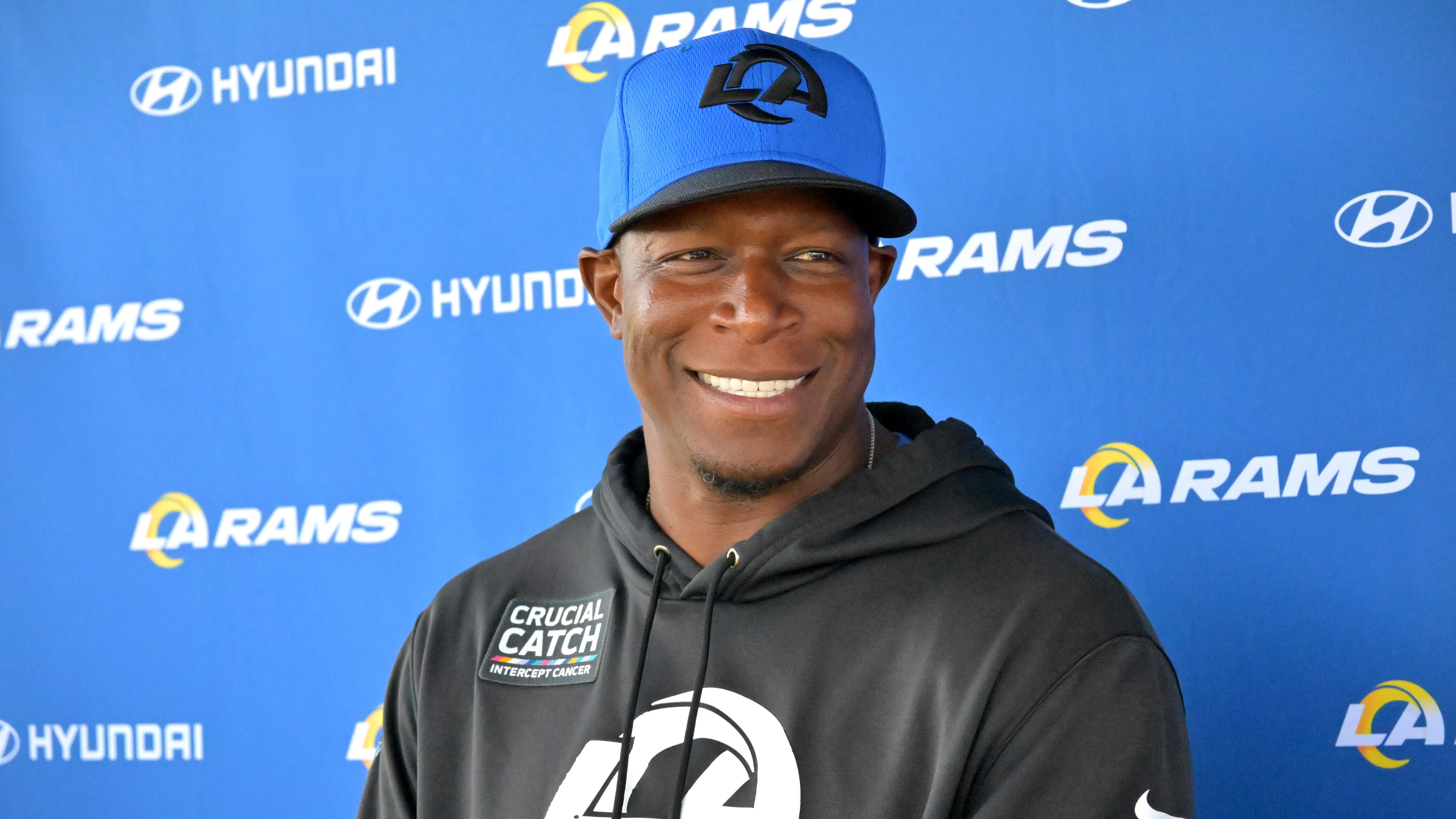 ‘He’s going to be a head coach again’: Raheem Morris has a key supporter in Sean McVayRead now

Likewise, Denver Broncos defensive coordinator Ejiro Evero could receive a boost from his association with McVay.

Before taking control of the Broncos’ defense this season as a first-time defensive playcaller, Evero cut his teeth as a position coach the past five seasons under McVay. The Broncos’ defense has been one of few bright spots in the team’s otherwise dreary 3-5 start. Denver is both second in yards at 288.4 allowed per game and scoring at 16.5 per game.

No such list would be complete without San Francisco 49ers defensive coordinator DeMeco Ryans.

The 49ers top the league in yards at 285.9 allowed per game and are also the best against the run at 86.6 allowed per game. And their defense is led by someone who has been a rock star throughout every stage of his football career.

At the University of Alabama, Ryans was the 2005 SEC Defensive Player of the Year and a consensus All-American linebacker. As an NFL player, he didn’t disappoint, either: A season after being selected the 2006 Associated Press Defensive Rookie of the Year, Ryans was a first-team All-Pro. As a coach, he rose quickly under 49ers head coach Kyle Shanahan.

Bieniemy, Leftwich, Frazier, Morris, Evero, Ryans and so many others. There’s a deep pipeline of Black NFL coordinators who have the chops to become head coaches.

But the question remains: Do NFL franchise owners even care?

Jason Reid is the senior NFL writer at Andscape. He enjoys watching sports, especially any games involving his son and daughter.

Inclusion, rather than separaton | Strictly Opinion

Not everyone who needs temporary housing is on vacation, and this Vegas startup is addressing that need