Byron Allen in his office.

Media entrepreneur Byron Allen has been making ambitious acquisitions for some time and, bolstered by a recent $1 billion corporate refinance, he has an appetite for more.

That binge follows the company’s acquisition of basic cable TV network The Weather Channel for $310 million in 2018.

Allen — who first earned fame as a teenage standup comedian and co-host of a hit NBC series in the late 1970s — started what is now known as Entertainment Studios in 1993.

Today, the company has annualized revenue estimated at $600 million and 1,300 employees. Entertainment Studios is under the umbrella of his Allen Media.

“We look at ourselves as a private equity company acquiring media assets that can work together” yielding synergy and growth, Allen said in an interview. “And we’re on an acquisition track.”

In February, in a move that received little press attention, Entertainment Studios closed a major refinance.

Maturities for debt stretch from 2025 to 2028, giving Allen breathing room. Allen Media’s debt is rated by corporate credit agencies in the speculative range, though stable and improving.

Allen said EBITDA cash flow is about $300 million a year, and he values the company in the single-digit billions of dollars, using standard cash flow multiples for media companies.

TV stations, though enduring eroding economics in recent years, are swept up in merger and acquisition activity, thanks to improved financials from growing cable carriage fees. That makes them a priority for more Entertainment Studios acquisitions.

Allen is primarily interested in affiliates of the big four TV networks — his company’s 16 broadcast TV stations all fall into that category — but the company is scouting digital media, too.

Existing operations include 24-hour cable TV/video streaming channels (Comedy.TV, Recipe.TV, Pets.TV, Cars.TV and others) and motion pictures — including theatrical distribution, which is one of the most lucrative parts of the movie business.

In addition, Entertainment Studios operates TV production and syndication businesses (the shows include “Comics Unleashed,” the long-running “Entertainers with Byron Allen,” and court shows, such as “Justice With Judge Mablean”) and digital media.

Though the bulk of the company’s assets are traditional media, digital entertainment platforms are the industry’s hot spot, and they often carry sky-high valuations.

Entertainment Studios has a foothold in digital, creating the Local Now app, which Allen describes as “a combination of local news meets Netflix for free,” due to its advertising supported revenue model.

The company’s video-centric digital platform focused on Black audiences, TheGrio, saw its audience grow from less than 1 million monthly active users at the time of the its purchase in 2016 to more than 10.5 million monthly users today.

Allen posted a personal manifesto on TheGrio in June about the national dialogue on race titled “Black America speaks. America should listen,” which called for specific action on six fronts.

Speaking at the Black Business Matters webinar on July 30 organized by Los Angeles Business Journal in partnership with the Greater Los Angeles African American Chamber of Commerce, Allen expressed his frustration with mainstream financial institutions and their lending practices for Black people.

While lenders brag about generously funding “minorities,” Allen countered that they’re mainly catering to the female demographic. “If you look deeper, they are not lending money to African Americans, which is why our home ownership is low and our businesses are not properly capitalized with capital that is not predatory,” he said.

Allen feels personally singed on access to financing. In his early days, he said, his business was forced to sell receivables contracts to high-cost factor financiers despite having advertising contracts from blue-chip advertisers. “I’m not looking for a handout,” Allen said. “I’ve never looked for a handout in my 59 years on this planet. I’m only looking for a fair opportunity, but the opportunities have not been fair.”

In looking at Allen’s enterprise today, a prominent trait is corporate frugality. “Efficiency will always remain in our DNA,” he said, and Allen traced that emphasis back to the company’s startup roots.

Allen grew the company with persistence, energetic salesmanship and an ability to charm. (Don’t be shy to firmly press your “ask” in negotiations, he advised, because otherwise “you will die poor.”)

Moody’s estimates that about half of Allen’s business revenue comes from advertising where he has a long history of courting Madison Avenue for commercials placed in his TV shows.

Some 45 years after Allen first spoke into an open microphone, he’s still doing standup comedy, and he’s a regular on his company’s syndicated TV series “Funny You Should Ask,” delivering streams of jokes.

Allen is also the sole owner of Entertainment Studios, which makes the business minority-owned. 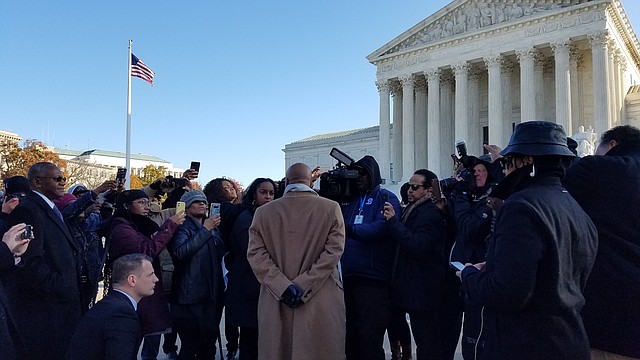 That’s an achievement in a tough environment for price hikes because subscribership to traditional basic cable is shrinking.

A knock on Entertainment Studios revolves around governance risks because the company’s ownership is concentrated in one person.

Allen waves off such concerns, saying the management team is deep and can achieve the company’s lofty growth ambitions. Its executive ranks are stable with some employees logging a decade or more of service.

Besides his passion for Entertainment Studios, Allen is a significant donor to the Democratic Party but pragmatically separates politics and business.

Sinclair Broadcast Group — with which he has a 27-year business relationship and with which his family office recently partnered for a regional sports TV investment — leans conservative.

“Someone’s political preference is something that I’d never hold against them,” Allen says. “I do business with everyone. That’s why America is a great country.”

A Timeline of Success

1970s: As a teenager, Allen hangs around NBC Television studios and offices in Burbank, where his mother, Carolyn Folks, works as a network publicist.

1979: After working in clubs and as a joke writer, Allen achieves national fame as the youngest guest standup comic on NBC’s “The Tonight Show Starring Johnny Carson.”

1993: Founds what becomes Entertainment Studios, the business that will become his flagship operating company, at his dining room table. 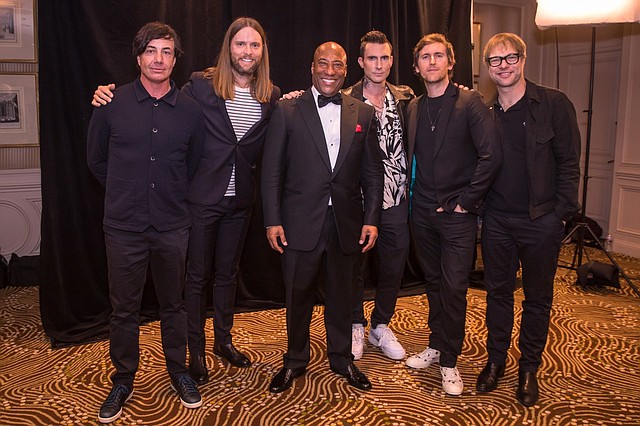 For reprint and licensing requests for this article, CLICK HERE.

CC Biz Buzz: Where are the accountants? – Columbia Daily Tribune