Caddo Parish Commissioners addressed comments during Thursday’s regular meeting that they’ve moved too slowly on removing the Confederate Monument from the entrance of the Caddo Parish Courthouse.

Caddo Commissioner Steven Jackson took exception to the negative comments, saying that with the large number of people who gathered at the courthouse they could have moved it themselves.

“The people in Mansfield are now upset and are trying to block the monument from being relocated there,” Jackson said. “We had to tread lightly because we had a private entity involved. I think we’ve done a good job.”

Following a long battle between the Caddo Parish Commission and the Shreveport Chapter #237 Daughters of the Confederacy, the monument will be moved to a site in DeSoto Parish.

Caddo Parish Commission Lyndon B. Johnson said this is something that has been going on for years and that the commission wanted to make sure everything was done right.

“I want the record to reflect that we’ve been pushing to get this done and had to go through an appeals process and wait for them to find a new location,” Johnson said.

Caddo Parish Commissioner Ken Epperson said they started dealing with trying to have the monument removed over 19 years ago and the vote was always split 6-6 along party lines. 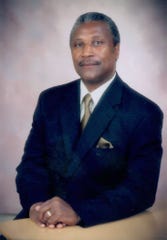 “The actual catalyst to the situation was Mr. (former commissioner), Matthew Linn,” Epperson said. “He cast the seventh vote. Let’s make sure we give credit to where credit is due.”

Requests for proposals will go to contractors to submit bids to remove the monument.

In other business, the Caddo Parish Charter Study Review Committee submitted a report to the parish commission with recommendations for amendments.

Tom Arceneaux addressed the commission regarding the report and recommendations. The committee met July 7, July 23, Aug. 3, Aug. 11, and Aug. 25.

The second amendment deals with the authority of the Caddo Parish Commission president and suggests adding the president “for purposes of the Louisiana Homeland Security and Emergency Assistance and Disaster Act.”

The third amendment suggests removing the Department of Fleet Services from the Charter by deleting 5-05.2.

All of the appropriations are considered as CARES Act reimbursable.

A resolution urging the U.S. Senate to pass the Voting Rights Advancement Act of 2019, sponsored by Commissioners Epperson, Burrell, and Jackson, failed.

The Caddo Commission approved a resolution requesting the Louisiana legislature and the secretary of state to authorize adding three additional early voting locations throughout Caddo Parish.

A resolution supporting a request for capital outlay funding to upgrade Walter B. Jacobs Park was also approved.

Sponsored by Commissioner Stormy-Gage Watts, the commission approved a resolution recognizing September as National Sickle Cell Awareness month as a way to bring awareness to the disease that primarily afflicts African Americans.

US officials to ban TikTok, WeChat downloads from Sunday

US officials to ban TikTok, WeChat downloads from Sunday