The former UFC dual-weight champion Conor McGregor is one of the greatest athletes in combat sports. Throughout the years, the Irishman has entertained fight fans with his amazing fighting style and charismatic personality. Subsequently, he has gained a massive fan following.

‘The Notorious’ currently has over 46 million followers on Instagram. Thus, whatever he does brings him into the limelight. And sometimes it is for negative reasons. Recently, the former lightweight champion celebrated Halloween with his family at The Black Forge Inn in Dublin and they posted their pictures on social media later. Although it was a pleasing sight, many fans were quick to notice something unusual.

The UFC pay-per-view star shocked fans by shaving his beard, which is his trademark look, for Halloween. He styled his clean shaved look with a pilot’s suit. Meanwhile, his girlfriend dressed as his flight attendant, and kids like fairies and bears.

However, it was McGregor’s mother, Margaret McGregor, who grabbed people’s attention. She was dressed as a witch and had painted her face black, as seen in the pictures uploaded by ‘The Notorious’ and his sister.

Consequently, Margaret received a backlash from the fans in the comments section. However, according to a close source of The Mirror, she denied the claims and stated that it was spiders on her face. Margaret, who wore a red dress and a skull necklace, and had black paint on her face, claimed that her look was misinterpreted.

Check out comments from the fans below: 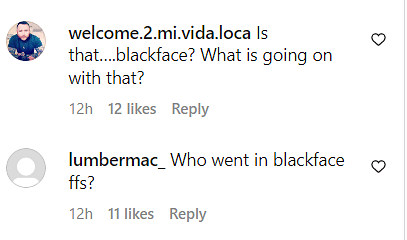 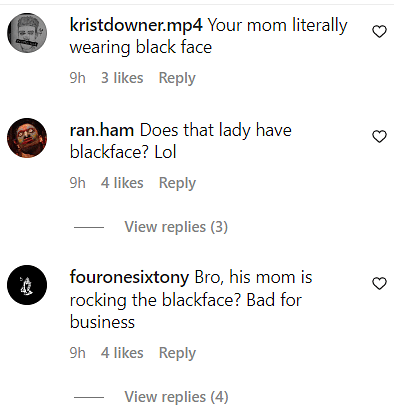 Conor McGregor’s return is currently the most asked question in the MMA community. ‘The Notorious’ has fully recovered from his previous injury and is also back to training.

The Irish UFC star also previously hinted at a number of opponents that he would like to face next. However, nothing about his return is official yet.

When do you guys think McGregor will return to the UFC? What is your reaction to Margaret’s look?

The most anticipated movies coming soon

The most anticipated movies coming soon