Dayton area Black-owned businesses you should know about

“Play is healthy for everybody. And there’s always room to grow and learn and develop on a personal level. And that’s what I’ve had to do to keep this business going,” Sharp said.

She started her business about three years ago in the space that was formerly Mr. Fub’s Party.

“Learning and growth are lifelong pursuits. That has certainly been shown through what it’s taken to keep this business going but also through what it what it is that I provide,” Sharp said.

Sharp said during the shutdown early in the pandemic, the store switched to curbside and local delivery, then to delivery after someone reported the business as not being essential. Yellow Springs Toy Company didn’t have a website that sold inventory, so when everything was shutdown, Sharp had to quickly develop one. Yellow Springs Toy Company now ships to anywhere in the U.S. 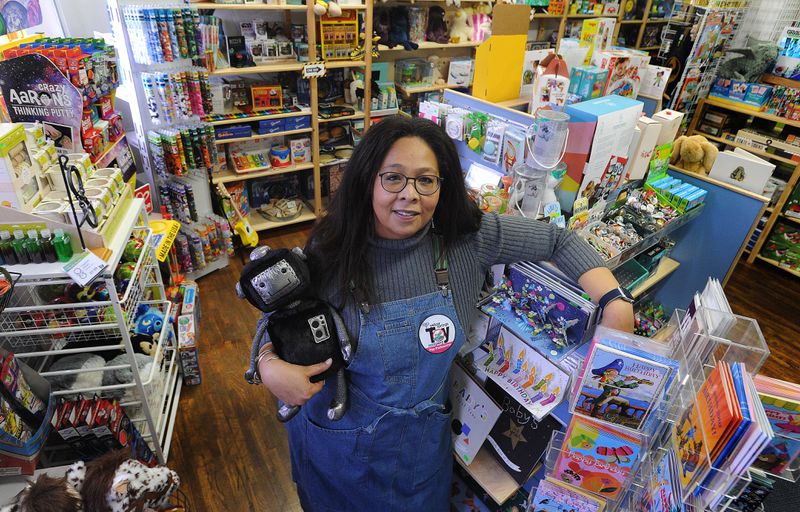 Greg Harbut, owner of Harbut Bloodstock, works in the race horse industry as a bloodstock owner acquiring thoroughbred horses to breed. He is one of the few Black people in that role in the sport.

In the spring semester, Harbut will serve as an entrepreneur-in-residence at Wilberforce University where he said he hopes to expose students to new opportunities and show them how to overcome adversity in an industry that lacks diversity with unbridled enthusiasm.

Harbut said in his new role at Wilberforce, where he’s been given the opportunity to give guest lectures starting this month and potentially offer internships to students, he hopes to inspire students. He said he’d like to be an example of an entrepreneur who has “exemplified success in an area or arena is not necessarily open to diversity, more specifically to African Americans.”

Fifteen of the first 28 Kentucky Derbies were won by Black jockeys. 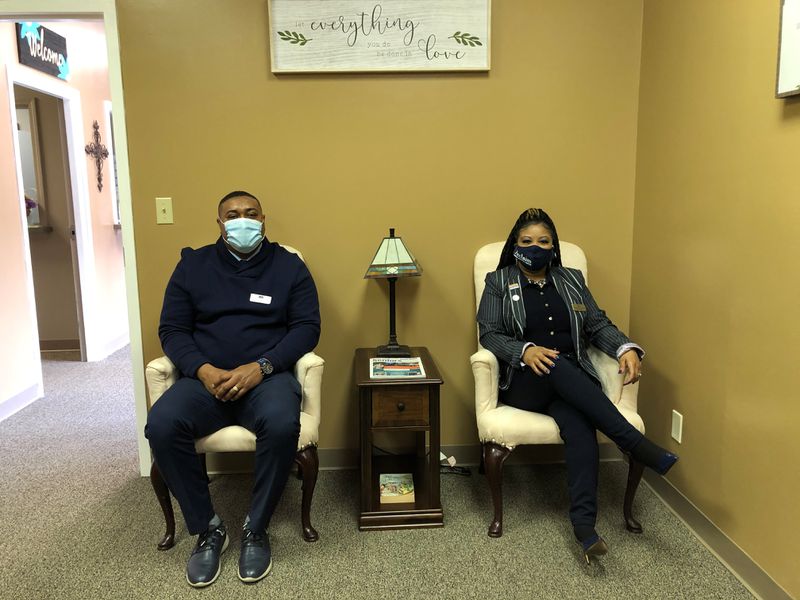 Acclaim offers social activities, specialized care for dementia and Alzheimer’s clients, basic personal care and assistance with walking, eating or taking medication to seniors while their caretakers are at work during the day. The center essentially gives the caretaker a break. They are the only senior day center in the area that specializes in dementia and Alzheimer’s care.

Paullecia “Pauli” Brown-Scott and her husband, Terrell, originally planned to open the senior day center in Beavercreek in March of 2020, but then the coronavirus pandemic hit.

“When their loved ones drop them off, we want them to feel like they’re dropping them off at home,” Pauli Brown-Scott said. “We want our clients to feel safe.”

In the recreation room, seniors can play games or do educational activities. The room also has a few computers where seniors can browse the internet or learn more about using a computer and how to navigate technology.

“We’re all about maximizing their independence here,” Pauli Brown-Scott said.

Black-owned urban winery JW’s Wine Cellar first started in a family’s kitchen as gifts to give at graduations and birthday parties turned into a successful business.

The basis for the Trotwood winery started when the shop owner, Jake Wells, was a child. His grandmother grew grapes in her backyard and made wine to sell out of necessity to make money. His grandmother would send him to find empty bottles around their Crown Point neighborhood to take home to bottle the wine.

“My grandmother was a hustler. She was always trying to figure out a way to make money just to survive in those days,” he said.

Prior to starting their business, he and his wife Linda Wells would buy different flavors of fruit juice concentrate and make wine at home to gift to friends and family during holidays, graduations, and other celebrations as a hobby. Jake and Linda received overwhelming support and soon people offered to pay them to make them wine. In 2014, the Wells family set up their first location in Shiloh Springs where they made wine by request. Two years later they moved to their current location at 724 East Main St. in Trotwood where they make and sell a variety of sweet to dry wines of various flavors. 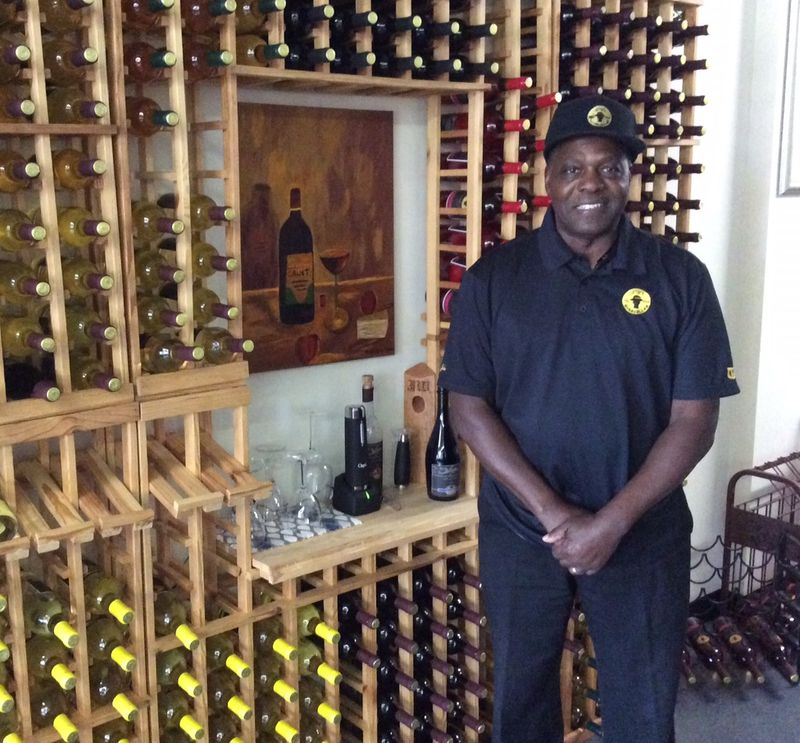 Since 2015, Franklin resident Bill Miller Jr. has been operating Grind House Coffee & Tea Company, a dream that he worked hard to make a reality for years.

Grind House Coffee & Tea Company opened his first brick-and-mortar coffee shop in Fairborn in 2018. That shop closed after a few months, but Miller then opened a coffee shop inside the Huber Heights Meijer grocery store. The Grind House founder is looking to open another shop in an area of West Dayton that has long been considered a coffee dessert of sorts.

“Growing up in West Dayton, I’ve always wanted to open a coffee shop here,” Miller told this news outlet in 2020. “The community has been wanting a quality coffee shop for a long time. The fact is, there is a coffee drought in West Dayton, and it spoke volumes to me. We shouldn’t have to drive 10 or 15 miles for a quality cup of coffee.”

Miller hopes to expand his business to multiple locations throughout the Miami Valley.

ExploreBuilding a coffee empire in the Miami Valley 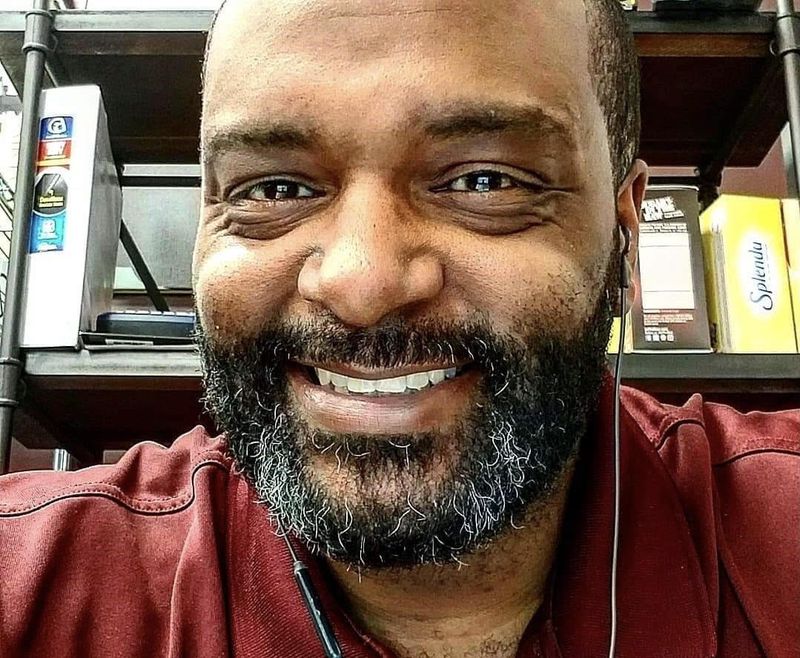 Bill Miller Jr., owner of Grind House Coffee & Tea Co., is our Daytonian of the Week.

The brewery is located at 6182 Chambersburg Road in Huber Heights.

The brewery and tap room is housed in 4,000 square feet of space in the Huber Center just off Brandt Pike (Ohio 201). Alematic specializes in craft beers, including small-batch ales, lagers and sours, and will also make its own wines and ciders. 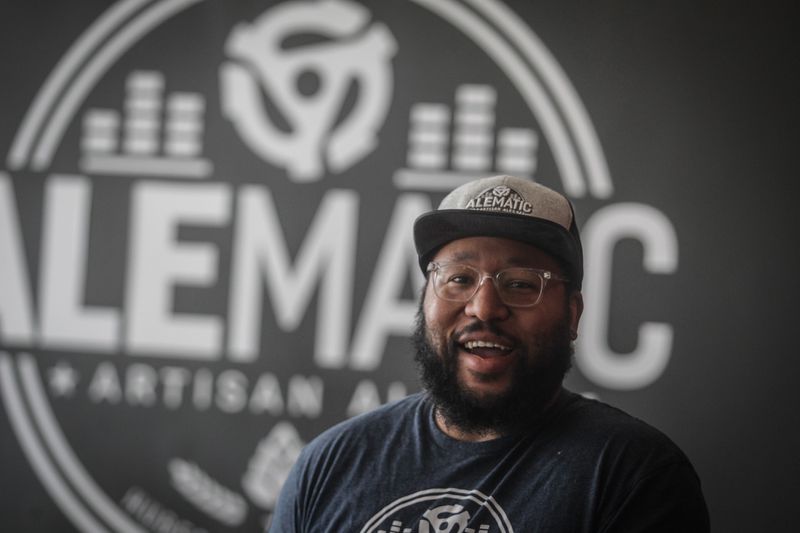 Kendric Ellerbe, who owns Enhance U Sports Performance Academy in Beavercreek with his wife Tammie, said he has seen no great change in his business in recent months following the Black Lives Matter movement. Institutions and residents were even-handed before and after the events of last summer, they have found.

“Before the Black Lives movement and after, business has been pretty much the same for us,” said Tammie Ellerbe. “The community has still been very supportive. The business has even grown during the pandemic.”

The academy was closed by the pandemic, along with thousands of other local businesses last March. When the academy opened its doors again in May, eager clients returned on that very first day, Tammie Ellerbe said.

“Our clients were constantly calling us,” she said. “‘Hey, when are you guys going to open?’”

The couple is well aware that racism is real. “But we haven’t experienced that in Beavercreek or in any of our business dealings,” Tammie Ellerbe said.

Jason Harrison, owner of Dayton’s Present Tense Fitness, has a small fitness and personal training business. His inventory and supply chain needs aren’t massive, and if he wants to make more money, he simply works with more customers, he said.

But the Oregon District resident feels it’s important to explore not just business problems but more fundamental issues. When he moved to Ohio from Maryland several years ago, he recalls seeing a man in a Kroger store with a vivid and large swastika tattoo on his neck, shopping for oranges with his young daughter.

That was a wake-up moment for him.

Said Harrison: “I think I’ve seen more Confederate flags in Ohio than I did in the Washington, D.C. area.”

“Living in the Miami Valley, it doesn’t feel safe,” he said. “And I don’t say that hyperbolically. But I think the first challenge for a Black business owner in our climate — I would link what we saw with George Floyd with what we saw at the Capitol because they’re all part of the same story.” 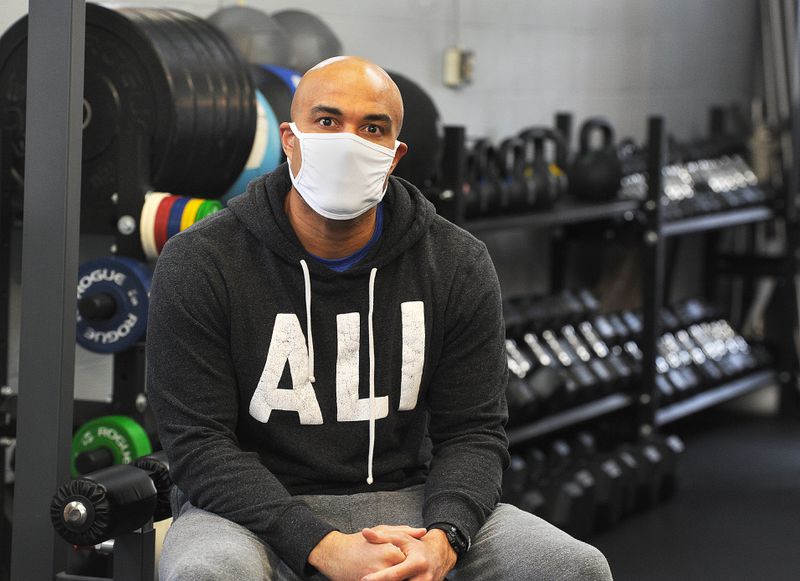 Before the recent attention to Black Lives Matter, Steve Hightower, founder, chief executive and president of Middletown-based Hightowers Petroleum, said he found that his business had been “devalued” when it came time to explore the prospect of going public or selling part of his company.

“That came from specific bankers, and it has been in the marketplace in general,” said Hightower, who has been in the petroleum business since 1981, selling gasoline to automakers such as General Motors and Honda, along with other customers.

But recent months have brought changes.

“It seems to have awakened corporate America to wanting to do something different than what had traditionally been going on” Hightower said.

There seems to be a new corporate awareness of “structural issues” facing Black-owned businesses, coupled with a push to include African-Americans in invitations to do business.

“Post this whole Black-Lives-Matter incident that has happened, the African-American male is now back in the spotlight in terms of getting corporate America’s attention,” Hightower said. Stephen Hightower, president and CEO of the Middletown-based Hightowers Petroleum Co., will be featured on the Jan. 25 episode of CNBC-TV’s “Blue Collar Millionaires” TV show. CONTRIBUTED

How major banks fare when it comes to denying Black applicants