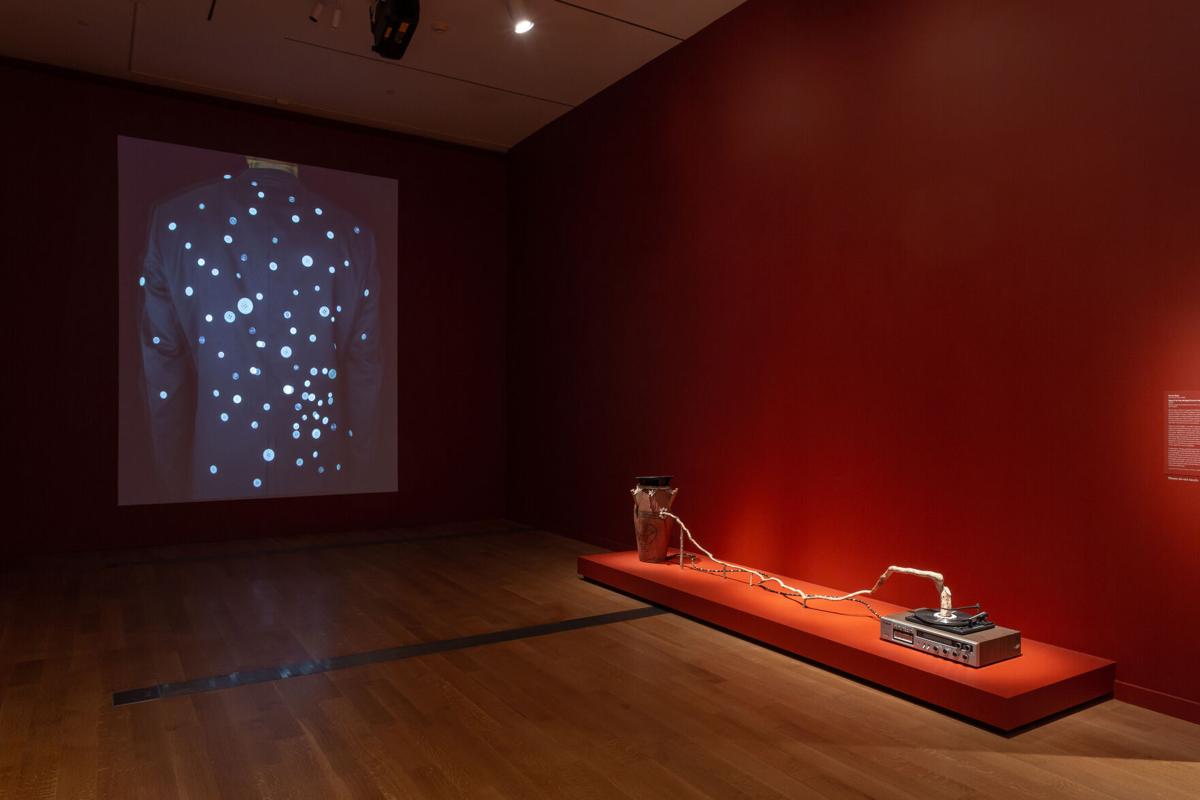 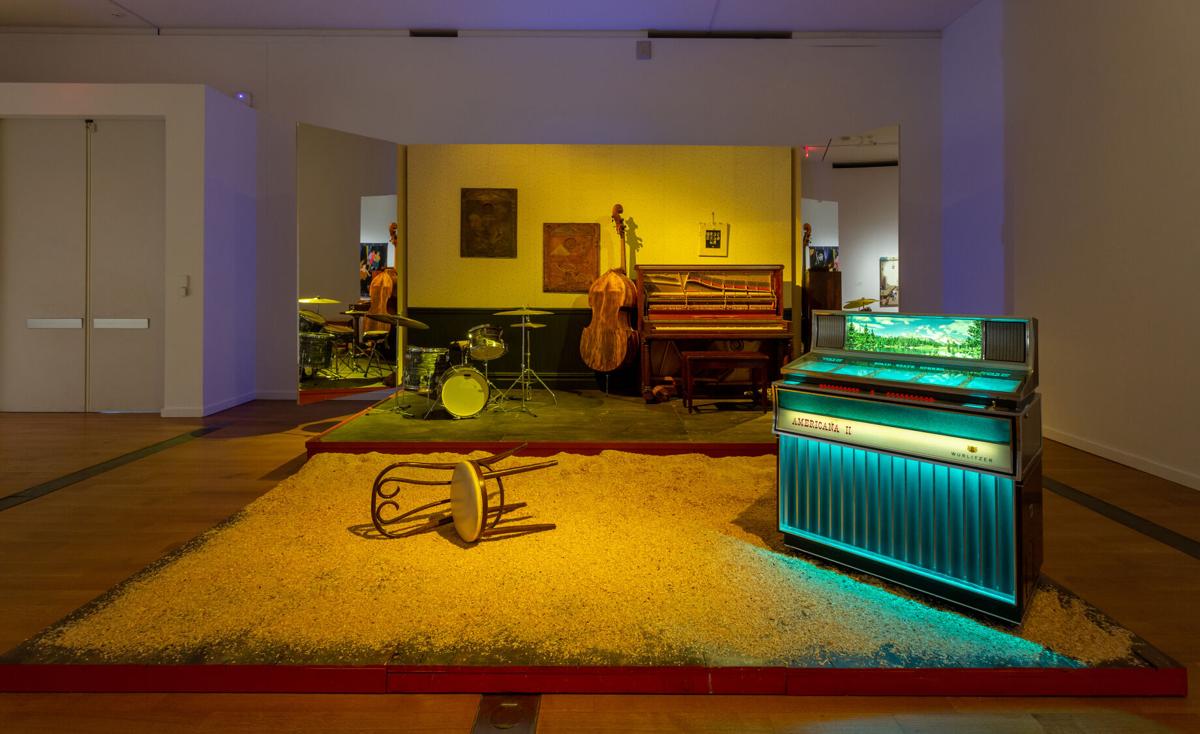 Without its pervasive black influence, Southern culture would be sadly diminished, and without its Southern component, American culture as we know it wouldn’t exist.

A powerful argument for this view of our diverse national culture is advanced by a provocative exhibition at the Virginia Museum of Fine Arts. “The Dirty South: Contemporary Art, Material Culture, and the Sonic Impulse” brings together works by 120 artists, including music and sound installations as well as all manner of visual art. Collectively, these pieces explore enduring themes at the southern crossroads of Black American art and music.

The massive selection charts a metaphorical journey in which viewers are overwhelmed by charged imagery and evocative sounds.

Highlights featured in the museum’s atrium include Glenn Ligon’s “A Small Band,” — essentially a minimalist poem consisting of the word sequence “blues blood bruise” — reproduced as a billboard-scale neon sign. It makes for an appropriate entrée to this show, with its many references to the blues, black solidarity and bodily violation.

Take Your Child to the Library Day, Celtic Music with The Jolly Beggars, Poetry, Music and More!