FT subscribers can click here to receive FirstFT by email every day.

Huawei is working on plans for a special chip factory in Shanghai that will not use American technology to ensure that its core business is supplied with telecommunications infrastructures despite US sanctions.

Two people briefed on the project said the facility is operated by a partner, Shanghai IC R&D Center, a chip research company supported by the Shanghai city government.

Industry experts said the project could help Huawei, which has no experience making chips, find a way to long-term survival.

The US export controls imposed in May and tightened in August use the dominance of American companies in certain chip manufacturing devices and chip design software to block Huawei’s semiconductor supply. (FT)

Trump tries to reduce Biden’s survey lead with rally blitz Donald Trump has made his way to a flash of five key swing states in the eleventh hour as polls showed the president continues to lag behind Joe Biden with less than 72 hours to go. Mr Trump is reportedly planning to declare an early victory. Here’s the FT’s guide to what to look out for on election night. (FT, Axios)

China improves foreign access to onshore capital markets New rules went into effect on Sunday that will make it easier for international investors to trade in the country’s booming capital markets and kickstart the extensive liberalization of Beijing’s financial system. (FT)

HK lawmakers arrested for breaking the law Hong Kong police arrested seven people associated with the Democracy Camp, including current and former lawmakers and a legal advisor, who were involved in a clash between security forces and lawmakers in the city’s legislature earlier this year. (AP)

Washington is way above China’s five-year plan A senior Chinese government official who discussed the manufacturing strategies of the five-year plan said that regardless of the US election result, “it is certain that industrial decoupling between the US and China will continue next year.” Beijing is on high alert in the last days of the US election campaign. (FT, SCMP)

Opposition leader of Belarus vis-à-vis the EU: tightening of sanctions Svetlana Tikhanovskaya called on the EU to tighten sanctions against the regime of the strongman Alexander Lukashenko, who has been exposed to months of protests since winning the extremely flawed presidential election in August. (FT)

Svetlana Tikhanovskaya: “If the European countries and all the countries that support our movement could make their decisions more quickly, that would be wonderful.” © Ritzau Scanpix / AFP / Getty

NYSE wins back Listing Crown from Nasdaq According to Dealogic, companies raised $ 66 billion from listings on the New York Stock Exchange this year, compared to $ 61 billion on the Nasdaq. Nearly two-thirds of the revenue generated on the NYSE came from special purpose vehicles, which has become one of the hottest fads on Wall Street. (FT)

An Olympic dry run in Japan More than 16,000 baseball fans flocked to Yokohama Stadium, which was due to host events on Friday night at next summer’s Olympics, serving as part of much-needed entertainment and partly as a mass epidemiological experiment. (FT) 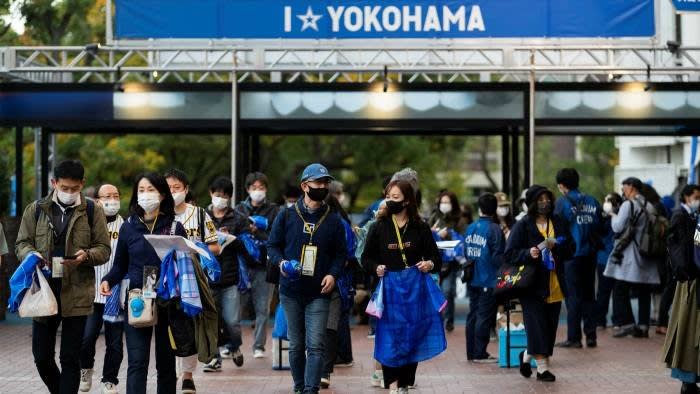 Friday’s baseball game between Yokohama Baystars and Hanshin Tigers was attended by up to 16,000 fans. © Hiro Komae / AP

Brexit trade talks In less than nine weeks before the UK completes its transition period from the European Union, UK and EU negotiators will resume talks in Brussels on Monday as both sides try to avoid trade disruption. (Reuters)

Summary of results PayPal will update investors on Monday for the first time since it announced its attempt to expand into cryptocurrencies. (The price of Bitcoin is up nearly 90 percent this year.) Cadbury owner Mondelez reports that he is facing increasing criticism of the rise in obesity. Yamaha’s earnings will usher in a busy week for vehicle manufacturers. More in our Week Ahead newsletter. Login here. (FT, WSJ)

What else are we reading?

North Korea’s nuclear advances baffle experts The secret state’s decades in the shadows have left knowledge gaps regarding its weapons program, experts said. However, many agree that domestic weaponry is developing at a rapid pace, a change after years of heavy reliance on foreign aid. (FT)

The turnout of African Americans is key to the US election result Faced with the new challenges of the pandemic, Democrats are finding new ways to mobilize black voters who could be key to their party’s retaking of the White House and Senate. Simon Schama writes that the choice is a bitter struggle between mutually exclusive visions of what America should be. (FT) 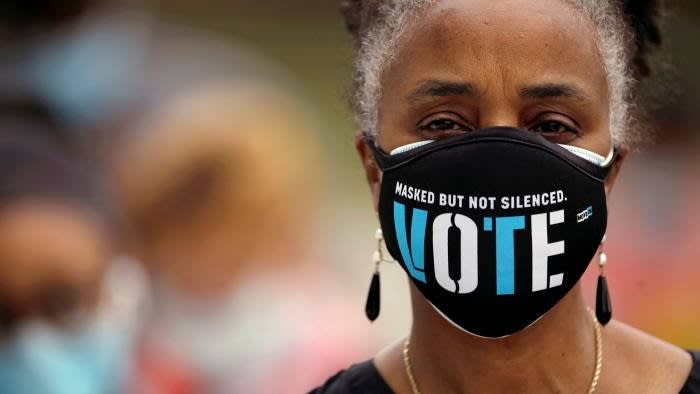 A woman wears a mask with a message inviting voters to vote as she waits in line to enter a polling station on the first day of North Carolina’s personal early voting for the Durham general election on October 15 . © Jonathan Drake / Reuters

Japan reconsiders opposition to hostile takeovers Nitori’s upcoming offer for Shimachu could change the landscape for M&A in the country, he writes Leo Lewis. There are plausible signs that Japan may develop a tougher market for corporate control. (FT)

A blueprint for America’s economic recovery The politics under the current administration are literally killing us writes Rana Foroohar. So the next US president – hopefully Joe Biden – could remedy the situation, she writes. In the New Yorker, Jane Meyer reports on what is at stake for Donald Trump – legally, financially and beyond – if he loses. (FT, New Yorker)

Cyclists are not the bad guys If our cities had more bikes, they would be cleaner and safer. We’d be fitter. Our neighborhoods would be more sociable. But somehow we convinced ourselves that cyclists are the enemy, he writes Henry Mance. (FT) 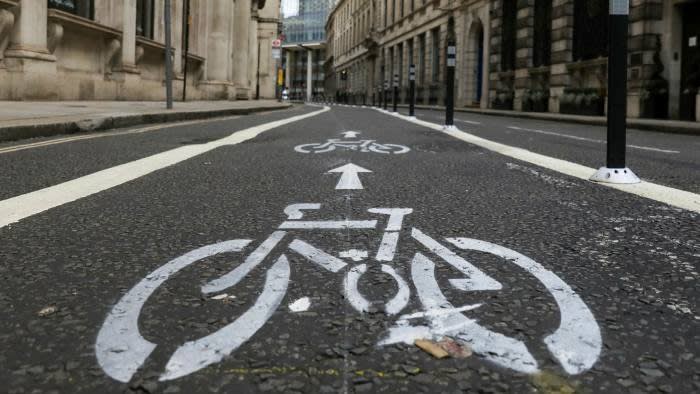 Zelensky: Ukraine cannot ignore the anti-corruption achievements The country’s constitutional court has made a destructive decision to dismantle our anti-corruption architecture, writes President Volodymyr Zelensky. Recent decisions undermine the rule of law, weaken our society and economy, and aim to stop our Euro-Atlantic integration, he says. (FT)

Elderly: could you please slow the devil down? Whoever wins the US presidential election will make history for one reason that creates an inordinate amount of fear: age. The US elections are another sign of the grueling pace being set for the rest of us, he writes Pilita Clark. (FT)

How is the water? Martin Riese, the first water sommelier, says the more we think about what we drink, the more we care about the planet. But first he needs people who take him seriously. Meanwhile, more than 2,700 feet underwater, researchers found a unique creature that has never been filmed in its natural environment before. (Afar, NYT)

Podcast of the day

Rachman rating Gideon Rachman talks to columnist Susan Glasser about what to expect on November 3rd – and after that, if there isn’t a decisive winner. Read their last dispatch here. (FT, New Yorker) 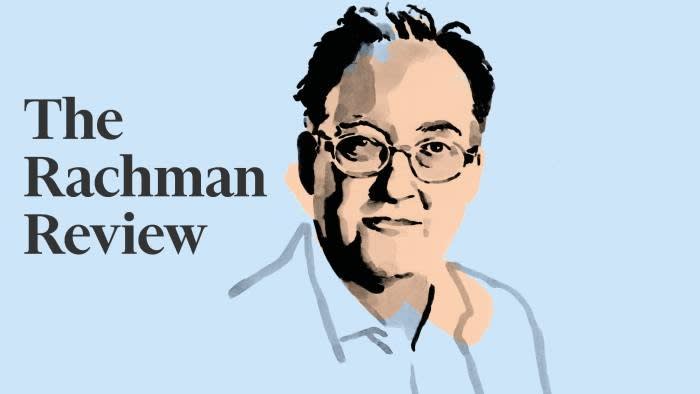 Thank you for reading. Send your recommendations and feedback to [email protected]

Perverse Sacraments that Bind: Lessons from the Tulsa Massacre

Out Of Africa An Entrepreneurial Society Emerges – OpEd

Out Of Africa An Entrepreneurial Society Emerges - OpEd