“I think it’s an unbelievable thing”

LeBron James’ influence and contribution to the African-American community is ever-growing. Oklahoma City is just one of the many beneficiaries of the four-time MVP’s determination to help alleviate the lives of the less fortunate. The LA Lakers’ game against the Oklahoma City Thunder helped highlight the King’s often overlooked social work.

In a post-game interview following the Lakers’ win over the Thunder, James was asked about the presence of two Tulsa massacre survivors at the game. The 36-year-old commended the Oklahoma team and the city for acknowledging and honoring the survivors.

LeBron on the Tulsa Massacre survivors at the game tonight: “I think that’s an unbelievable moment, not only the two survivors but just continuing to highlight that moment in time. And for the city here to continue to recognize it, I think it’s an unbelievable thing.” https://t.co/bZrvZ0PGGd

This year, CNN Films and SpringHill Entertainment released a documentary called Dreamland: The Rise and Fall of Black Wall Street. It is a film covering one of the most horrific days in American history called the Tulsa massacre. LeBron James is the executive producer of the documentary.

News of the documentary started to leak following the death of George Floyd at the hands of a white police officer. His death sparked the Black Lives Matter Movement that shook not only the NBA but also the entire USA.

LeBron James got involved in the documentary to shed light on one of the most under-the-radar and under-documented atrocities against Black American folks in the US. Based on the documentary’s rendition, the Tulsa massacre started with a false accusation of a Black man’s inappropriate action against a white woman inside an elevator.

LeBron James to produce documentary on the 1921 Tulsa Race Massacre. “Dreamland: The Rise and Fall of Black Wall Street” will “shed some light on a tragedy that has been largely absent from American history books” and claimed the lives of up to 300 people cnn.com/2020/10/27/us/…

LeBron James to produce documentary on the 1921 Tulsa Race Massacre. “Dreamland: The Rise and Fall of Black Wall Street” will “shed some light on a tragedy that has been largely absent from American history books” and claimed the lives of up to 300 people cnn.com/2020/10/27/us/… https://t.co/vGdwGZQTPD

The report allegedly triggered a huge mob of white men, reportedly accompanied by the National Guard, to kill hundreds from African-American communities in Greenwood, Tulsa, Oklahoma. “Black Wall Street” was used to denote the area because many Black lawyers, businessmen and workers live a middle-class life. Greenwood was eventually burned to the ground following the numerous deaths of African-Americans.

LeBron James, CNN Films and Springhill Entertainment made the documentary to recognize that event in history, learn from it and work towards reconciliation after the lessons. With the way the Oklahoma City crowd responded when the two Tulsa massacre survivors were honored, James and company apparently accomplished what they wanted.

What’s next for LeBron James and the LA Lakers?

The short exchange in the post-game conference brought NBA basketball to a stop for a few minutes. However, the show must continue, with LeBron James and the LA Lakers knowing they have plenty to figure out and work on this season.

The Hollywood squad is in the middle of a roller-coaster NBA campaign this season. They have alternated between being genuine championship hopefuls and struggling play-in contenders. While injuries have been legitimate reasons for their struggles, there are also real concerns regarding focus and attitude in every game.

LeBron James is showing little effects of Father Time in his game. His season averages are almost the same as his career averages, which is just unbelievable. For 18 straight campaigns, the four-time champion has been scoring at least 25 points per game, including this season.

Bron is in a league of his own ? 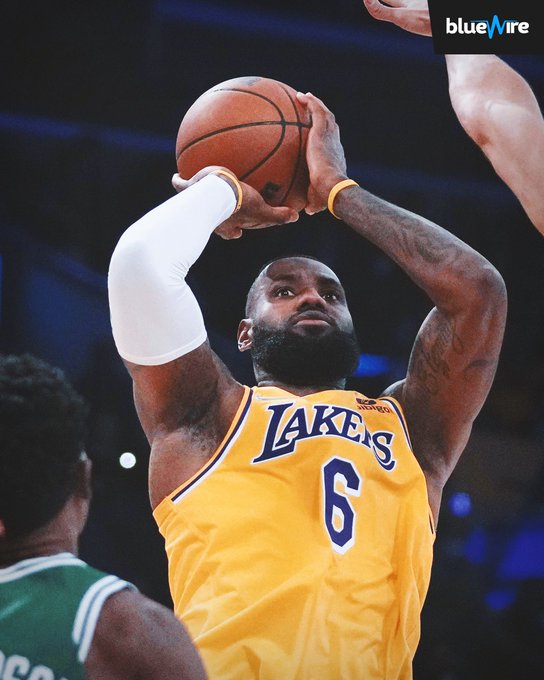 Despite the availability of Anthony Davis and Russell Westbrook, the LA Lakers will need every bit of LeBron James’ skills and big-game ability to challenge for the title.

The biggest conventions coming to Louisville in 2023, and tourism’s outlook for the year

She made history as Chicago mayor. Reelection may be harder