Joe Coscarelli explains why Atlanta is a ‘Rap Capital’ — Andscape

Hip Hop at 50 is our year-long look at the people, sound, art, and impact of hip-hop culture on the world.

Joe Coscarelli has been covering music for years, perhaps most famously as the face of the Diary of a Song series for The New York Times. But his first book, Rap Capital: An Atlanta Story, finally allowed him to dive deep into one of America’s most vibrant rap scenes.

In the book, Coscarelli charts Atlanta’s contribution to hip-hop, from Freaknik in the late 1980s to artists such as OutKast, T.I. and Gucci Mane to the rise of young stars such as Lil Baby, Migos, and Lil Reek.

Andscape recently caught up with him to chat about riding with Lil Baby, what makes Atlanta one of rap’s most important cities, and where you might find the next hip-hop hub.

This interview has been edited for length and clarity. 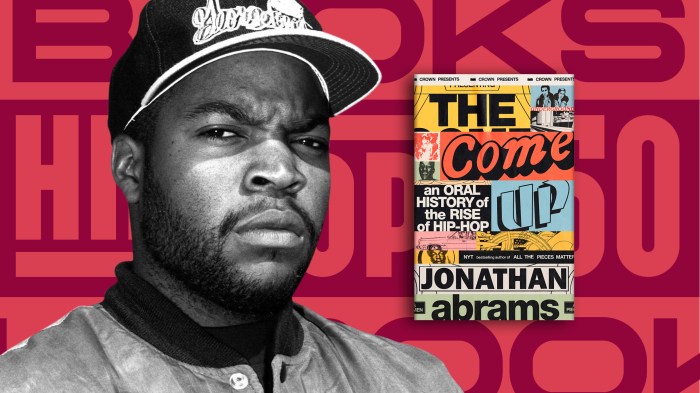 You were able to finish up most of the reporting for the book before the pandemic hit. How did that affect your process?

Yeah, the timing really worked out perfectly because I tried to bring something to the book that I like to bring to all of my work, and it really allowed me to double down on this principle that, to me, the best journalism and the best music journalism comes from immersion. Whether it’s a famous person I’m interviewing, like Kendrick Lamar, or a tiny band in Brooklyn or a viral star, I just want to spend as much time with them as possible. It’s not even about one-on-one interview time, necessarily — of course, I always want to have that time to chat. But I also want to be there as a fly on the wall observing something that they would be doing whether I was there or not. I want to just see how they move through the world. See how they live. I want to see what their life is like on a pretty regular day, because I think a lot of people don’t see that side of a musician. You see the output, and you see what they want you to see on social media, but you don’t really get the sort of mundane idea of the day-to-day. So I love that, and I want more of that in arts journalism specifically.

The other part of it was the idea of watching a journey. I knew I didn’t want this book to be like a history book. It’s not a comprehensive history of Atlanta rap, but it’s following people in real time. The North Star for this project is Hoop Dreams. There’s also a documentary called Dig! that follows these two bands, The Brian Jonestown Massacre and The Dandy Warhols, over a span of many, many years to see where their careers go. It was very influential for me. I knew that I wanted to get in there with people at the beginning of something and see where it went.

It’s often hard to get that access, especially with famous people. Does working with artists just coming up make that access more possible?

Definitely. Another thing that I’ve learned in my job at The New York Times is that you’re always gonna get more from the guy behind the guy than you are from the guy. I realized that pretty early on. Justin Bieber had a new album coming out and I said, ‘Hey, there’s this dude named Poo Bear hidden in the credits for every Justin Bieber song who’s never given an interview before.’ So I found Poo Bear. I wanted to hear what Poo Bear had to say. He’s probably had a crazier life, in some ways, than the rich teen child star that he works for. So there’s some of that philosophy in this book as well. Like, if you’re interviewing producers, managers, DJs, those people are, I think, always going to be less guarded.

The other aspect of it is catching people at the beginning of something. So even Lil Baby — who became a massive star in the course of me reporting this book — I did one of his first interviews. I was writing about his label, and they were like, ‘Here’s our next artist.’ And he was like, ‘Why am I doing an interview? I don’t want to be here.’ He was very much not committed to being a famous person at that point [in 2017], but I was there and I met him and we developed some rapport. And every time I would see him, he would get bigger and bigger, but he would still know that I was that guy that he talked to at the very beginning and who engaged with him and was interested in him and his journey. And people don’t forget that. 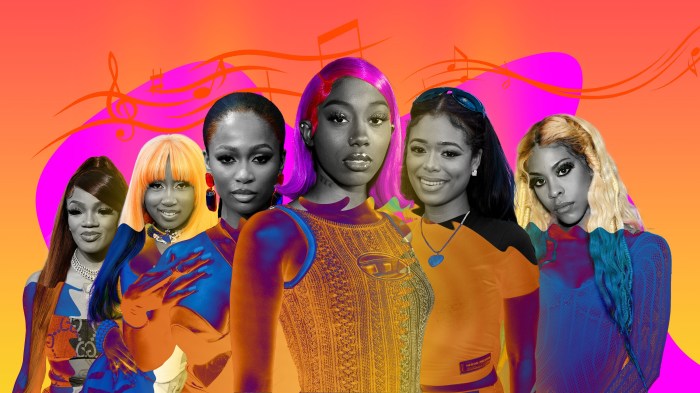 The next first ladies of rapRead now

What was the most challenging part of being in so deep with the people in this book?

You really come to feel for people. You see the struggles of daily life in poor neighborhoods, with people who felt like they’ve never really had a chance in life unless they can do this very rare, almost impossible thing like being a musician. It’s like winning the lottery. I think a lot of the vitality of the music comes from this, the struggle and the necessity, but there’s also some desperation. A lot of these young men that I spent time around felt like they didn’t have any options. And you want to be there for them, insofar as I would be dishonest to say they didn’t see me as some sort of way to help, or a vector of success. You have interest from the media, that means you’re onto something, right?

So, balancing that is tough. That intimacy that forms with certain sources that you’re spending a lot of time with, but at the same time, having to remain, if not objective, at least removed. I’m not your manager. I’m just a journalist and a chronicler of your life. So, it’s like being close to someone in physical activity and seeing how they think and what they go through, but then not participating in it. It’s a strange divide.

We’ve had all these hip-hop hubs: New York City and its boroughs, California, Detroit, Atlanta. What do you think the next one is?

What’s been so crazy and cool about covering rap in the streaming era, and I write about this in the book, is that every city has a scene now that can make it to a national or international consciousness. When I grew up between Florida and Georgia, there were no rappers coming out of where I went to high school in Orlando. I literally had never heard a rapper from Orlando in my teenage years there. But because of YouTube, SoundCloud, and more of these platforms that allow people to distribute their music, all of these very specific regional scenes have been able to bubble up.

How has TikTok changed the landscape?

The TikTok thing is interesting because I wonder if it’s pushing songs or building careers. I think there’s a big gap between the two. People can luck into a TikTok hit, but I don’t know if that always translates to a steady output or career. I think it’s really hard right to start up that way when your song explodes and has millions and millions of plays, but you’ve never played a concert before. Or maybe you’ve never even been to a concert before. I’m hearing stories from the labels lately of kids who started making music over the pandemic and are now being fought over by the major labels for million-dollar deals who have never been to a show before.

Before the pandemic, they were 13 and hadn’t gone to a concert on their own. So you’re really asking a lot of a teenager to turn a TikTok hit into a legacy career. 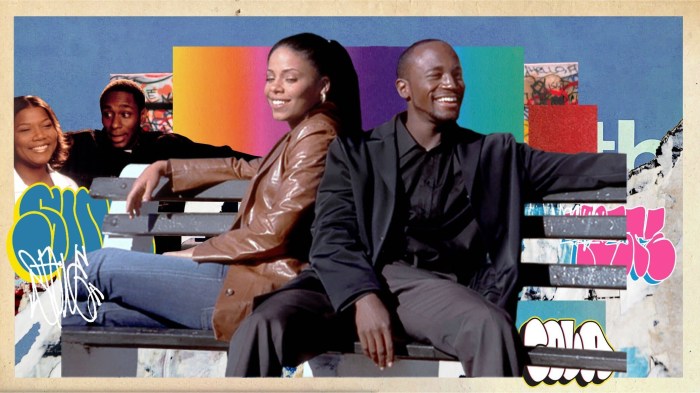 I think what makes Atlanta special is its ability to regenerate. The music scene has a real small-town feel to it. Everybody overlaps. Everybody comes from somebody else. You look at someone like Kevin ‘Coach K’ Lee, right? He’s had a hand in the careers of Pastor Troy, Young Jeezy, Gucci Mane, Migos, and Lil Yachty. You can trace so much of Atlanta rap history through this one guy and there are so many people like him. Whether it’s a producer like Zaytoven or someone like Gucci Mane, who brought all these artists up under him. They’re really just building on top of each other, but doing something just new enough every time. I just think Atlanta has always pushed it forward, and that’s resulted in these micro-generations of innovators.

There’s a hustle there that isn’t necessarily found everywhere.

Yeah, there’s a chip on their shoulder, which has always helped. And I think that comes from always being unfairly looked down upon in rap and in general in the South. Just not being New York or LA, there’s an inferiority complex as a city and as a music place. I think that is fruitful creatively.

As we approach the 50th anniversary of hip-hop, what is your favorite moment from the culture?

I can only speak to my era, but I think back to the stuff that blew my mind like the Lil Wayne mixtape run from The Dedication to around 2007. Just the volume of music coming out when people realized that they can use the internet to flood the world with music. That really sticks in my mind as both impactful from an industry and an artistic perspective. I think we’re still seeing the long tail of what he accomplished in that run, but also personally I just felt like I had so much music to pour over. I loved it so much.

Where do you think Atlanta’s rap scene will be in the next five to 10 years?

I think it’s a really interesting moment. The more I look back on the era that I cover in the book, the more it feels like that era is over. I’m thinking of it as basically the rise of Atlanta during the rise of streaming. But Atlanta has always been so good at incorporating trends and then coming up with their own version, so I’m curious to see how they swerve as we move through the 2020s. I’m excited to see where it goes.

Scott Neumyer is a writer from central New Jersey whose work has been published by The New York Times, The Washington Post, Rolling Stone, The Wall Street Journal, ESPN, GQ, Esquire, Parade magazine, and many other publications. You can follow him on Twitter @scottneumyer.

Whaling Museum exhibit celebrates depictions of nature and the outdoors

African American Chamber of N.J. and N.J. Chamber are Recognizing Champions of Diversity who are Truly Challenging the Status Quo

African American Chamber of N.J. and N.J. Chamber are Recognizing Champions of Diversity who are Truly Challenging the Status Quo

Ice marionette and a whale of a “Moby Dick”