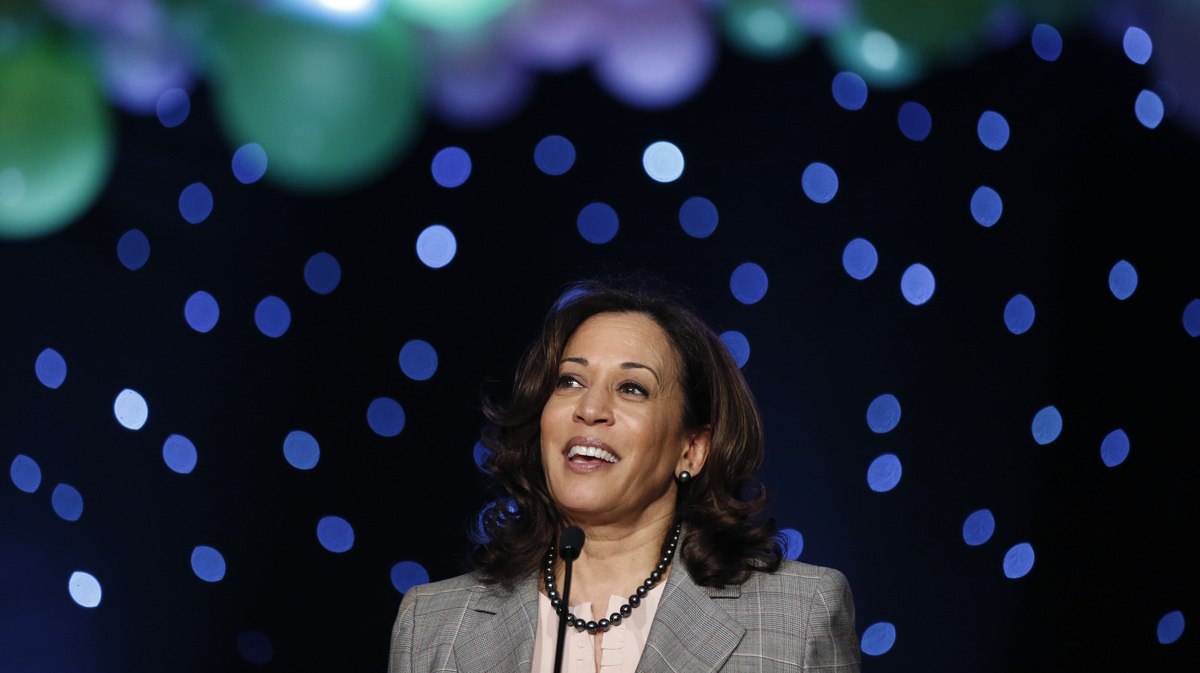 That second milestone in particular is no accident, according to Wendy Smooth, a professor of political science and women’s studies at Ohio State University.

“Kamala Harris rises out of a strategic campaign led by Black women to call upon the Democratic Party to recognize their long-standing activism and support,” she said.

Harris herself acknowledged this Wednesday night in her address to the Democratic National Convention. Speaking about the 19th Amendment — which gave some women, but not Black women, the right to vote — Harris said women of color continued to organize anyway. “Without fanfare or recognition, they organized, testified, rallied, marched and fought — not just for their vote but for a seat at the table. These women and the generations that followed worked to make democracy and opportunity real in the lives of all of us who followed,” she said.

In the 2008 and 2012 elections, Black women voted at higher rates than all other gender and race subgroups.

“Black women have always used political engagement as a means to advance themselves as well as their communities,” dating back to Reconstruction, said Pearl Dowe, a political science professor at Oxford College of Emory University.

And it has often been Black women in particular in leadership roles to fill those gaps and to engage politically.

Given that history, it’s “business as usual” for party loyalists like Black women to be recognized, Smooth said. “What’s different about it is that we do have a group that has been traditionally understood as an outsider group.”

‘It’s important to not overlook us’

Just one example of that organization are historically Black sororities and fraternities, like Alpha Kappa Alpha, into which Harris was initiated as a student at Howard University.

Founded in 1908, it is the oldest African American sorority in the United States.

“Those were women — and the other Divine Nine organizations — who have always been moved and convicted around community care,” Smooth said.

The “Divine Nine” refers to the nine organizations that make up the National Pan-Hellenic Council of historically Black sororities and fraternities. 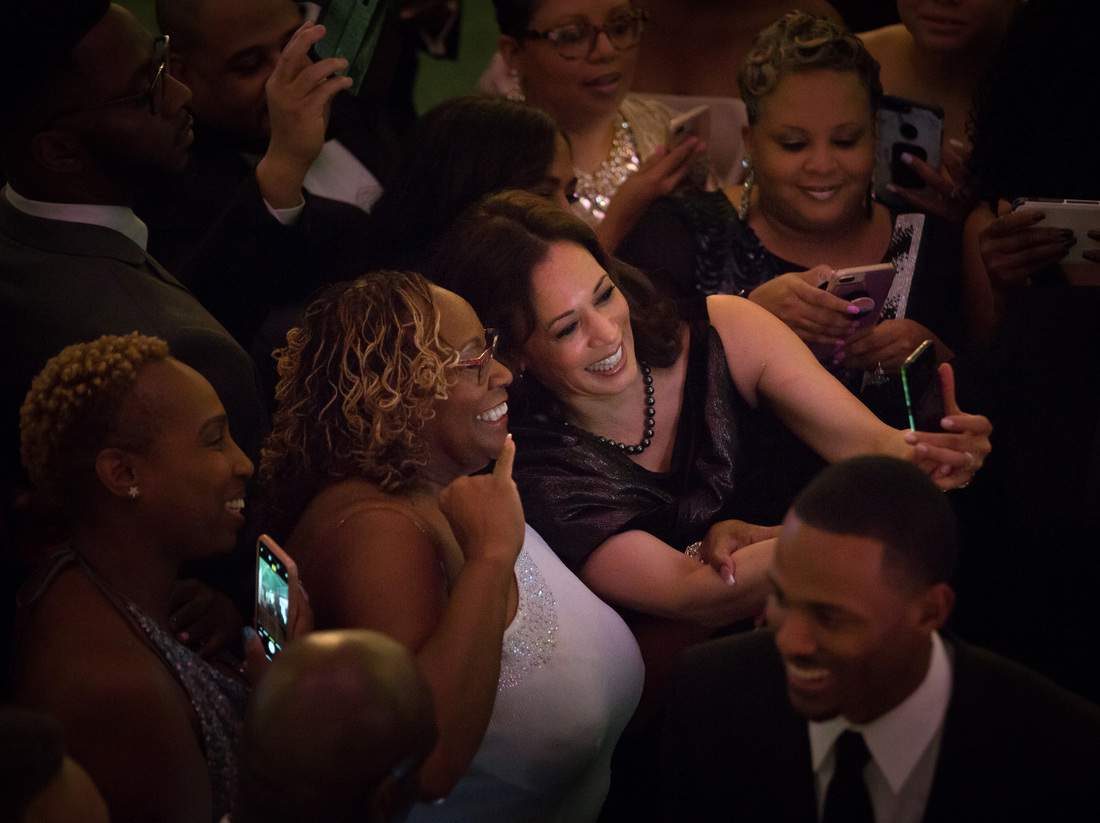 Harris takes a selfie with an attendee during Alpha Kappa Alpha’s annual Pink Ice Gala in Columbia, S.C., in January 2019. 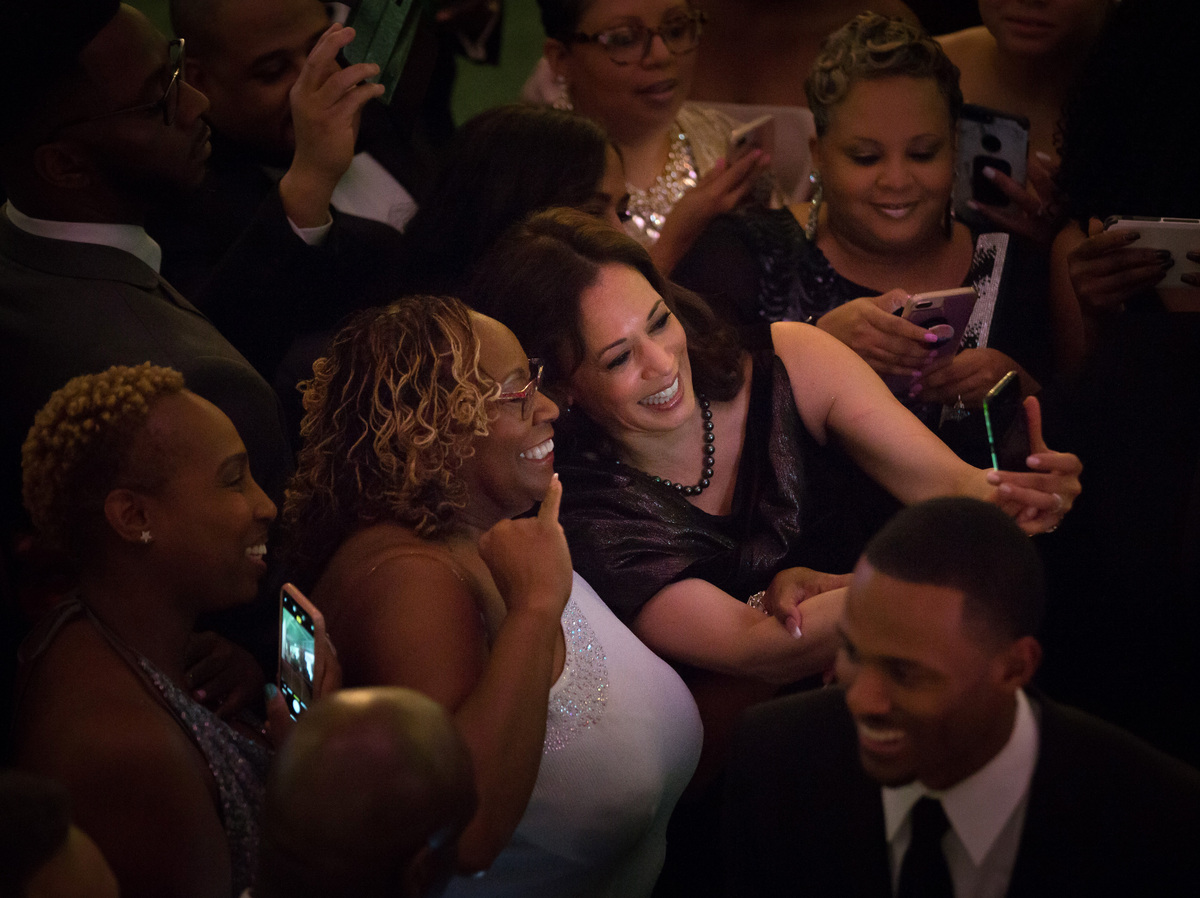 Harris takes a selfie with an attendee during Alpha Kappa Alpha’s annual Pink Ice Gala in Columbia, S.C., in January 2019.

“When you look at what we’ve done for this country and how we mobilize and how we use our voice and our vote, it’s important to not overlook us,” said Michelle Arrington, a lawyer in Atlanta who was also initiated into Alpha Kappa Alpha at Howard.

Though Black women have been overlooked, she said — for example in the suffrage movement 100 years ago — Black women fought then as well, but they didn’t end up winning the right to vote themselves.

“We are at the polls for every local race, every national race, in our communities, making sure that we get the job done. And Black women have this strong power to mobilize,” she said.

In fact, talking about the “Black vote,” Smooth said, often actually means talking about Black women. “And that’s for all sorts of reasons, including structural reasons around incarceration and loss of voting rights to formerly incarcerated individuals, which are often African American men,” she said.

‘We have her back’

What’s unique about Black women’s political engagement, Dowe said, “is that it is not just for themselves. Their work and their vision is often for their community. And for society more broadly.”

It roots back to the overlapping two identities, she said, as women and as African Americans. “They have this bigger version of vision of society because of that piece of gender and race,” she said. “They had to, because they knew that they were not treated the same as white women.”

That broad focus extends to the motto of Alpha Kappa Alpha: “Service to all mankind.”

For Sojourner Marable Grimmett, an Atlanta AKA who works for a nonprofit providing affordable housing to seniors, Harris’ career reflects the motto.

“I believe that’s what Kamala Harris will do, and has been doing her entire life, is service to everyone,” she said.

Grimmett is excited about Harris’ candidacy. She has already donated and bought a yard sign. And she said many of her sorority sisters are excited too.

Because with Harris’ membership in AKA comes a network of engaged Black women of more than 300,000 globally and, across the Divine Nine, more than 1.5 million people.

(As nonprofits, the Greek letter organizations do not formally endorse political candidates.)

“When we first heard that she would be on the ticket, I received several messages from [sorority sisters]. Pink and green emojis. We’re just happy,” she said, referring to the sorority’s colors. “I said, ‘You know, we may wear pink and green all the way up till Nov. 3, because we’re excited about her on the ticket.’ “

“The more I learn about her, I’m even more excited,” said Catherine Foster Rowell, an AKA and councilwoman in South Fulton, Ga. “Her candidacy not only mobilizes our sorority, but those involved in Greek life in general I think get excited about really pushing what is, you know, one of their areas of focus, which is voter engagement.”

“She has our backing, and we will do whatever we can as a collective group along with other historical Black fraternities and sororities to support her,” Grimmett said. “We are excited. We have her back. And she knows that.”

At an AKA Facebook town hall last month, Harris alluded to this support system while talking about taking a seat at a table when you might be the only one at the table who looks like you.

What can we learn by examining racism as a public health crisis? | Solutions

Damian Lillard bringing that ‘We Believe’ vibe versus Lakers — The Undefeated

Damian Lillard bringing that ‘We Believe’ vibe versus Lakers — The Undefeated