Lewis Hamilton is a lovely, precious fact — The Undefeated

It wasn’t so much a dream as it was a lovely, precious fact. Just weeks ago, racer Lewis Hamilton won the 2020 Portuguese Grand Prix, breaking the record for the most wins in Formula One racing history. While shattered records are often cause for celebration, Hamilton’s achievement seemed especially significant considering that the 35-year-old Briton is the first and only Black racer in the 70-year history of the Grand Prix. Just 13 years after blowing onto the Formula One circuit in 2007, a Black guy is now, inarguably, the greatest racer of all time.

Here’s the real kicker: Hamilton’s incredible saga isn’t unique. Indeed, it’s simply the most recent example of a Black person excelling in a high-profile field traditionally monopolized by white people. Whether it’s sports, entertainment, politics or whatever, it often seems that when Black people are allowed to compete on an even playing field, one of us bolts to the head of the pack, much to the jaw-slackening surprise of many. Call them the Black Cream — beautiful dreamers who, through laser focus and sheer determination, crest the Olympian summit reserved only for champions. Examples of these overachievers are so abundant it’s virtually impossible to cite them all here, but permit us to list some notable cases.

Despite the pioneering accomplishments of Black golfers such as Charlie Sifford and Calvin Peete, pro golf was still considered a bastion of whiteness when Tiger Woods emerged on the scene in 1996. Upon turning pro that year, Woods immediately qualified for the Tour Championship while nabbing the PGA Tour Rookie of the Year honor. Months later, he would win the Masters, becoming the tournament’s youngest champion at age 21. He now looms as the world’s top-rated golfer for the greatest total number of weeks, his post-drive fist pumps indelibly etched in the annals of pro golf folklore. Woods has won more money titles, scoring titles and player of the year awards than any golfer, including the mighty Jack Nicklaus. Can you say, “GOAT”?

Like Woods, Serena Williams was the proverbial fly in the buttermilk when she surfaced on the women’s pro tennis scene in 1995, but her methodical playing style changed the game entirely. Employing a powerful serve, fearsome backhand and a never-say-die temperament, she’s won a record 23 Grand Slam singles titles, the most by any player in tennis’ Open era. Winning her first US Open final in 1999, she was the second African American woman to win a Grand Slam singles tournament, after the sport’s trailblazing Black female player, Althea Gibson. Both Williams and her sister Venus have dominated women’s tennis so thoroughly, they have necessitated a new era of muscular power players capable of competing with them. What’s more, at age 39, Williams is still “in it to win it.”

Albert Einstein famously said “imagination is more important than knowledge,” and nowhere is this more evident than in the case of Jimi Hendrix. The Seattle-born prodigy surfaced in the 1960s just as the electric guitar was becoming the Excalibur of progressive rock. But while white virtuosos such as Eric Clapton, Jeff Beck and Jimmy Page simply contemporized standard blues licks, Hendrix approached guitar as a special effects generator, making his instrument drone like bagpipes, buzz like wasps and howl like incoming artillery, all while playing behind his back, with his teeth and more. He torched the competition so badly, music historians still recognize him as rock’s finest guitarist some 50 years after his death.

Few mediums have helped export American culture more effectively than movies, but for decades white leading men such as Tom Cruise, Tom Hanks and Robert Downey Jr. have received the most attention. But no screen star has made more money for Hollywood than Samuel L. Jackson. With acclaimed roles in legendary film franchises such as The Avengers and Star Wars, Jackson is the only actor who can claim gross receipts greater than $10 billion. As evidenced by his performances in Spike Lee joints such as Do the Right Thing and Jungle Fever, no one could accuse Jackson of softening his Black edge to gain favor with mainstream audiences. Indeed, his many roles — from indignant father Carl Lee Hailey in A Time to Kill to the philosophical mercenary Jules Winnfield in Pulp Fiction — are significant for their unvarnished yet multifaceted Blackness.

And then there’s the Grand Poobah of the Black Cream, Barack Obama. During his 2008 presidential campaign, the former Illinois senator displayed such diplomatic aplomb, he made good on the once-incredulous adage, “In America, any boy can grow up to be president.” That old saying was mostly employed by white people to underscore the boundless opportunities available in the USA, but due to having experienced centuries of slavery, Jim Crow and other racist atrocities, most members of minority groups laughed at the notion of a non-white ascending to the White House. Along comes Obama with charisma and intellect so disarming, he adroitly deflects countless nuanced attacks on his faith, birthplace and citizenship. During his political career, he inspired such confidence that voters sent him to the White House twice.

We could go on, but you get the point. With a roundhouse combination of brains, industry and determination, the Black Cream totally lay waste to the racist trope of the inferior African. But while we celebrate the achievements of this elite group, we also mourn the memory of the legions of Black people who were denied the opportunity to compete on the world stage — folks such as tennis-playing siblings Margaret and Matilda Roumania Peters, who competed in the mid-1900s before the Williams sisters were even born. The Peters’ exposure was limited due to segregationist policies that prohibited Black people from playing in the majors, just like African American sluggers were barred from participating in Major League Baseball, the sport ironically dubbed “America’s national pastime.” Had pro baseball’s discriminatory policies not prevented Black folks from competing in the early 1900s, a Black ace such as Satchel Paige or Josh Gibson might today be considered the sport’s greatest player.

You’d think stories such as Paige and the Peters would be things of the distant past but, amazingly, there are more recent examples of Black people having to fight to compete on a level field. MTV initially wouldn’t play music videos by Black artists until CBS Records strong-armed the cable network to broadcast Michael Jackson’s “Thriller” clips. Boom! Jackson becomes the bestselling recording artist of all time, and MTV overtakes radio as the most influential music-promoting medium of the late 1900s. After the network begins airing hip-hop videos, rap music replaces rock ’n’ roll as the world’s most popular musical genre.

Here’s where it really gets funny. Fast-forward to 2019. Rapper Lil Nas X is on his way to accomplishing the unimaginable — landing the longest-leading No. 1 single in Billboard Hot 100 history. But just as his cowboy-rap anthem “Old Town Road” is rocketing up the Billboard magazine country chart, the music industry trade publication removes the track from the chart, contending that the single does not “embrace enough elements of today’s country music to chart in its current version.”

Though “Old Town Road” ultimately fell short of becoming country music’s biggest hit, the song’s significance can’t be overstated. After all, this is country music we’re talking about, a musical genre many Black people view as the unofficial soundtrack of old Jim Crow. Yet with his first single release ever, a young Black guy from Georgia came this close to outselling white country legends from Johnny Cash and Garth Brooks to Shania Twain.

Today, Lil Nas X has to console himself with the knowledge that “Old Town Road” is the longest-running No. 1 song since Billboard began keeping charts. How’s that for cold comfort?

“Young, gifted and Black,
We must begin to tell our young,
There’s a world waiting for you,
This is a quest that’s just begun …”

The Black Cream’s tendency for world-beating excellence is all the more curious considering some of its members weren’t steeped in white culture growing up. Some of them appear to have a utopian worldview that, perhaps, keeps them from perceiving themselves as stereotypically “Black.” Hendrix is reported to have said “the only colors I see are in my music,” while Woods has controversially labeled himself “Cablinasian,” owing to his Caucasian, Black and Asian roots. Could it be that the issue of race is even more painful for the Black Cream than it is for us rank-and-file Black folk? Do the Black Cream unconsciously deny their Blackness to get on with high-stakes business of winning, winning, winning?

“When I first started in Formula One, I tried to ignore the fact I was the first Black guy ever to race in the sport,” Hamilton wrote in a blog entry. “But, as I’ve got older, I’ve really started to appreciate the implications. It’s a pretty cool feeling to be the person to knock down a barrier — just like the Williams sisters did in tennis, or Tiger Woods in golf.”

Hamilton’s sentiments would probably have Marques Brownlee nodding in empathy. Brownlee was still in high school when he began uploading YouTube tech review videos in 2009. He became so adept at delineating the pros and cons of newly issued gadgets that former Google senior vice president Vic Gundotra hailed Brownlee as “the best technology reviewer on the planet right now.” Nowadays, Brownlee tops Ranker’s list of tech reviewers, while captains of the industry, including Mark Zuckerberg, Bill Gates and Elon Musk, grant him exclusive interviews.

But like many of his peers, Brownlee’s success has come at a psychic cost. “Being as competitive as I am, trying to be the best at something … that, by itself, was almost enough of a distraction to forget that I’m usually the only Black person in the room,” he noted in a YouTube video. “I wanna try to be [someone] to look up to for kids like the 15-year-old me — to kids that wanna look at a high level of something, and see someone that looks like them making the right choices and finding success.” 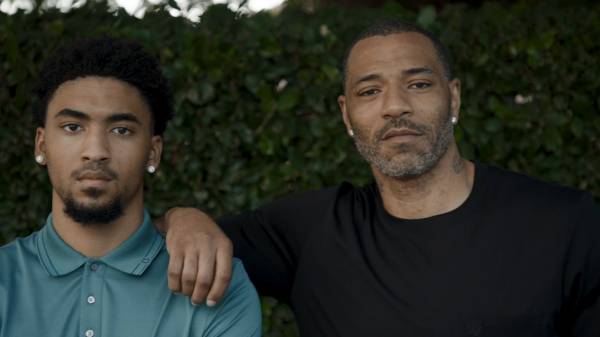 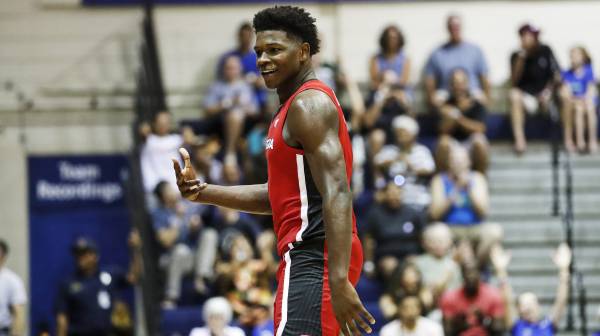 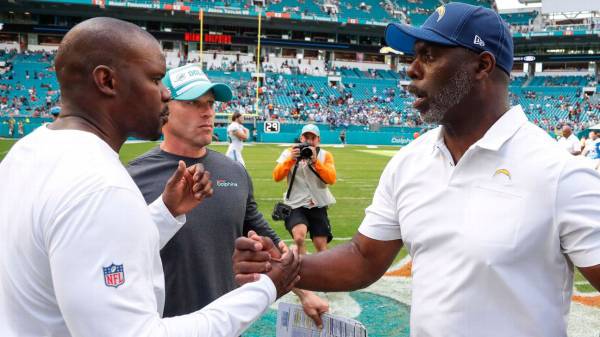 Dolphins vs. Chargers: the only all-Black head-coaching game in 2020 Read now

Brownlee’s comments are telling. Despite having reached the top of his field, he still wants to “try” to be a role model. It’s a typical example of the never-satisfied mentality that drives the Black Cream, the same mindset many workaday brothas and sistas live by. Admit it, lots of you reading this are just like Brownlee, compelled by a nagging inner voice that says you’ve got to work even harder than the other guy, because the boss is probably holding you to a higher standard and you’ve got to represent.

Lewis Hamilton is certainly representing. Just a week after becoming F1’s winningest racer, he traveled to Italy and captured yet another Grand Prix trophy.

Oh, what a lovely, precious dream.

Bruce Britt is an award-winning writer and essayist. He lives in Los Angeles with his three dogs and his Fender Stratocaster guitars.