Editor’s note: The above video was published in 2019.

Born and raised in the Lone Star State, Mark Henry is a Texan through and through.

“Growing up in Silsbee was a little different because it was all about football, which is like a lot of Texas towns,” Henry told KVUE.

In his small hometown, Henry remembers growing up with a divide through Silsbee.

“The railroad tracks separated the Black from the white. Even though my town didn’t have as many problems as the places that I’ve heard about, we still have a lot of those issues,” he said.

Henry said although the divide existed, it didn’t stop the community from coming together.

“There was always a kind of double standard, but the fortunate thing about Silsbee is, Silsbee was a sports-first town. The escape for every kid was sports. And I saw how people got treated that were athletes, and I definitely wanted that preferential treatment,” he said.

Henry said he grew up in poverty and the options were limited. For kids, it was either join the military or earn an athletic scholarship.

Henry played football through high school but found weightlifting early on. He would soon be on the road to becoming the World’s Strongest Man – but first, he had to wait for his mother’s permission to begin training.

“[Weights were] really for my brother to get ready for football, and my mom didn’t want me to get hurt. She kept pushing it back. ‘Just wait until your 12.’ At first, it started off, ‘Wait until you’re 11,’ but then it ended up ‘wait until 12’ and finally I got the nod and I never stopped. I never looked back,” Henry said. “I never stopped lifting. There were no summer breaks, there was nothing and it was just all lifting.” 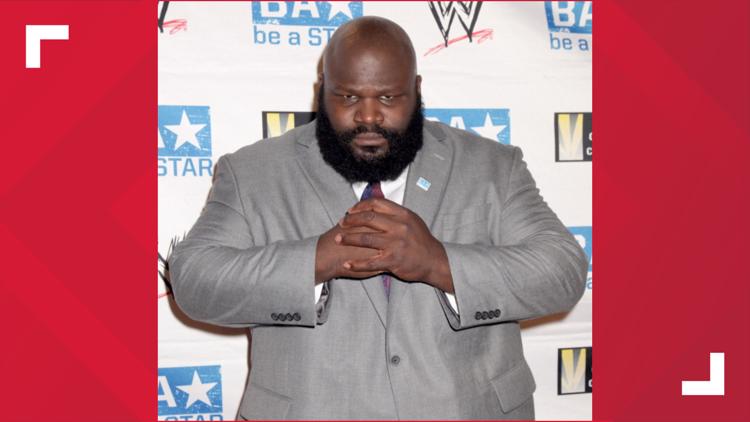 Weightlifting soon grabbed all of Henry’s attention. He had to choose between playing football or weightlifting.

“Once I started overhead lifting, the Olympic Committee came and got involved and I started traveling the world,” he said.

“As much as I love football, I was the best in the world at [weightlifting]. And it’s not many people that can lay that claim to say, ‘I’m the best in the entire world’ and I just really enjoy it,” Henry added. “I thought that being different than everybody else was as equal to me as being a successful college football player.”

Between 1992 and 1996, he competed in the Olympic games, where he broke and set several world records. He earned the title of World’s Strongest Man in 2002 at the Arnold Schwarzenegger Classic.

Henry looked up to Vasily Alekseyev, a Russian powerlifter in the ’70s. He would later learn of John Davis, a Black world champion lifter from the ’40s and ’50s.


Henry reflected on being a role model himself for others who are pursuing a career in weightlifting.

“I’ve had hundreds of people say that I was the reason that they chose to lift weights. And to have an influence and to make a difference and to change some things and give other kids options that normally probably wouldn’t have had any, I feel really good about that. I feel like I contributed to this world,” he said.

It wasn’t long before World Wrestling Entertainment (WWE) took notice and signed Henry to be an in-ring talent.

“It felt like I was being groomed to be the next guy to help foster in that relationship between the African American wrestler and his plight to be a world champion and to set the standard for the future,” Henry said. “And I’m just blessed, man, and I really feel lucky that the world can shed light on me to where my lifting and prowess turned into wrestling prowess.”


In 2011, Henry won the same championship Simmons won. In 2018, Henry was inducted into the WWE Hall of Fame.


Henry has a lot of respect for other Black athletes who have made major strides in the wrestling world.

“[Kofi] really enjoyed the fact that he was a beacon of light for future wrestlers and future African American wrestlers. He embodied that and embraced it. I look at him now, and Kofi is still one of the top wrestlers in the world,” Henry said.


In January 2021, Bianca Belair became the first Black woman to win the WWE Royal Rumble match, a 30-person over-the-top-rope elimination match where the winner earns themselves a championship match at WrestleMania. Henry said Belair is an influence for the future.

“It’s special. It really is. Bianca was one of those that I scouted, that I found in CrossFit and asked her if she was willing to put what she was doing down and change her life to pro wrestling” he said. “I remind everybody all the time, you represent the future of the business. Make sure that when they tell the story, that they mention you in the story. And she’s done me really, really proud.


Henry’s interest in making an impact goes beyond the ring. He is currently an ambassador for several Central Texas organizations including Mark Henry Strong Kids, Positive Coaching Alliance and the Boys and Girls Club, all to help promote healthy lifestyles and athletic performance.

Henry is now proudly a mentor for younger generations.

“To hear these kids, say, ‘I was in Mark Henry’s program. It made me a better human being. It made me stronger. I got a scholarship to go and play sports somewhere.’ That stuff fuels me and really makes me feel good,” Henry added. “I’m going to keep doing it as long as I can do it.”

He said he hopes other Black Americans can continue to impact the future of sports and society in general.

“I think that there’s a long way to go, but we’re on the road and just being on the road is good enough for me right now. I hope that we can continue to develop and change the narrative about how African Americans are viewed in sports, and not just sports but in society. It just takes a group of diligent workers, people that enjoy what they’re doing and want to share that with other people. I really do feel like the future is bright for America,” he said.

“There was a point where it was all about equal rights. And I love the fact that we finally are getting to that point, to where we can just have equal rights and to be equals,” Henry added. “Maybe somewhere before I’m gone from this planet, we’ll be able to talk about the world being a place where all humans are the same. I would love to see that. I really would.”

Boomtown or bust? The big companies getting big incentives to move to Austin

Winter returning with a vengeance late this week

20+ ways to celebrate Black History Month in the Bay Area