From online learning to virtual hangouts and remote work, life in America — and the way we use technology — has changed dramatically since March, when the COVID-19 pandemic left people in most states, including Michigan, sheltering in place.

In Detroit, the technology industry has been quietly growing in recent years, with moves into the city by digital media giants such as Twitter in 2012, followed by Amazon in 2015 (the company recently announced it will be adding 100 new jobs in Detroit over the next two years), and Google in 2018. According to Cyberstates 2020, an annual state-by-state analysis of the U.S. tech industry, Detroit’s technology sector has generated 74,821 new jobs over the last decade. Last year, the industry added 5,235 new jobs — up 2.2% from 2018 — and contributed around $24.2 billion to the local economy.

Alongside Big Tech, though, a small but mighty sector of Detroit-based companies has emerged — and they’re giving Silicon Valley a run for its money.

Ten years ago, Detroit Labs co-founder Nathan Hughes got a call from a former colleague asking for help getting a new company off the ground with the support of Detroit Venture Partners, a venture capital fund focused on early-stage tech companies in Detroit. Hughes, who began his tech career in the 1990s as a consultant, accepted — and Detroit Labs was born.

“Looking at something like Silicon Valley or maybe New York — the centers of technology — we’ve benefited a lot from being [in Detroit] …” Hughes says. “One advantage is that it’s not as crowded. Silicon Valley would be much more competitive in the sense that there are many more companies doing exactly what we’re doing.”

Since launching in 2011, Detroit Labs has grown to employ over 160 staff in its industrial chic office space in the Bedrock-owned Lane Bryant Building, situated between Grand Circus Park and Campus Martius Park, where they provide creative analytics and custom mobile app development to some of the region’s biggest brands across business areas including technology, staffing solutions, and a three-month paid apprenticeship training program that offers valuable experience in the tech industry with the opportunity for employment upon completion.

In addition to their contributions to the city’s tech talent pool, Detroit Labs also makes diversity a priority through its diversity and inclusion workgroup (similar to an employee resource group), spearheaded five years ago by Brandy Foster, one of the company’s developers.

“Her goal was initially to make conversations about different cultures, religions, and belief systems more normal across the organization — and also make sure we weren’t waiting for issues and events to bring these kinds of topics up,” Hughes says. Since then, the workgroup has evolved alongside the company by helping Detroit Labs improve recruiting, hiring, performance assessment, sales, and other activities.

The company’s commitment to inclusiveness and longevity seems to have paid off — since 2011, Hughes says Detroit Labs has been on pace for consistent 15-25% year-over-year growth.

When Grand Circus co-founder Damien Rocchi moved to Detroit from Australia in 2009 to be closer to his wife’s family, he had no idea what would come next. “I came from a digital media and business publishing background …” he says. “Then we moved here and I had to create new opportunities for myself.” 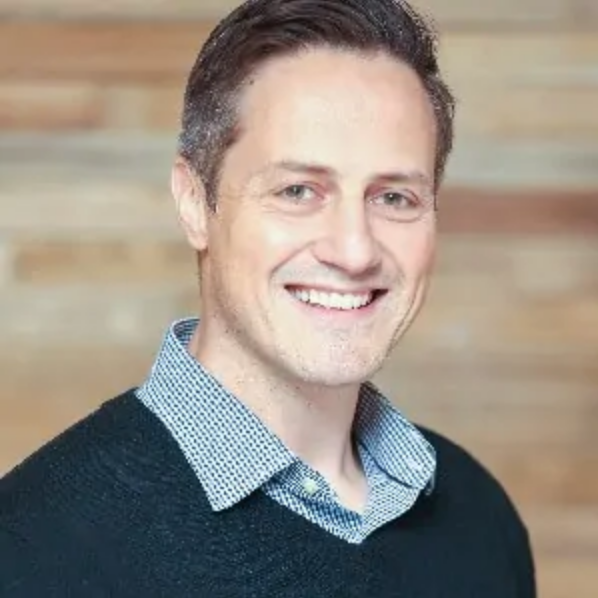 After a meeting with Detroit Venture Partners in 2010, Rocchi found the opportunity he’d been looking for when he reviewed the company’s portfolio of tech startups. “We really started to see that there was an opportunity gap around tech talent [in Detroit],” Rocchi says. “At the time, we were looking at a shortage of developers, but also a shortage of digital marketers — startup business skills.”

Determined to fill that gap by creating an educational program focused on those skills, Rocchi and his business partner established Grand Circus in Detroit. “When you start a business in New York or Los Angeles, it’s easy to get lost in the noise …” Rocchi says. “I think what’s great about the Detroit community is that they open their arms to newbies.”

By 2014, Grand Circus’ focus had pivoted to tech skills, offering 12-week bootcamps in various coding languages alongside workshops like the free Intro to Coding class at campuses in Detroit and Grand Rapids (all classes are now available virtually due to COVID-19). To date, Grand Circus has trained more than 1,800 people. The company also offers scholarships to promote diversity for groups like veterans, female-identifying people, African Americans, Chicano or Latino people, Native Americans, Pacific Islanders, and LGBTQ+. Boasting an 87% rate of job placement, Rocchi says the company is on pace for 20% year-over-year growth this year.

Despite the obvious challenges created by the pandemic, Rocchi says the global transition to remote work has opened up new opportunities for workers in the tech space. “In terms of where we see tech jobs being created, it’s really across the economy,” he says. “There used to be this distinction between tech- and non-tech businesses — but that doesn’t really exist anymore.”

When Saikat Dey co-founded Guardhat in 2015 in his Birmingham garage alongside a team of fellow Detroit steelworkers, the group had a somber mission: using advanced tracking technology to prevent and reduce the number of injuries and deaths associated with industrial workers and first responders. 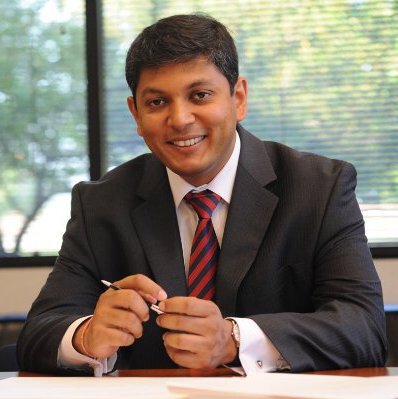 Saikat Dey, CEO and co-founder of Guardhat, started the company in his garage in Birmingham in 2014.

“Over the years [working in steel production], we learned that some very basic things about safety and protecting our workforces was not quite there within the consumer market for industrial workers,” Dey says.

According to the National Safety Council, a worker is injured every 7 seconds while on the job in the U.S., with the highest rates of daily accidents occurring in the transportation, manufacturing, maintenance, construction, and service (including police and firefighter) industries.

To mitigate those risks, Guardhat’s innovative line of safety and compliance products has grown over the years to include analytics and monitoring software, a mobile device and app, and high-tech wearables like the Guardhat hardhat, featuring industrial sensors and advanced positioning technology to detect potentially hazardous activities and changes to the work environment. In addition to automatically alerting crew members and first responders the moment an accident occurs, the sensors also inform paramedics about the victim’s vital signs and environmental dangers that might pose a threat at the scene, like carbon monoxide or radiation.

That same technology also came in handy earlier this year when essential production companies struggled to find ways to keep workers safe amid the pandemic. “With COVID-19 happening, our solution was a click away from making sure we had automated contact tracing and automated social distancing,” Dey says. “It was already built into our solutions — we just had to tweak it.”

Dey says the small company, which employs a staff of 20 at their Woodward headquarters in the Lane Bryant Building and is on pace for 350% year-over-year growth this year, has benefited from operating in a city built around manufacturing and production. Founded by a team of immigrants hailing from countries like India, Russia, and Great Britain that have all spent years working in the city’s steel industry, Dey says you “cannot replace” the experiences he and his co-founders have had here. “We are truly living up to what Detroit’s reputation is as the blue-collar capital of America,” Dey says. “We’re thinking about the reputation of Detroit — and taking those blue-collar jobs into the next generation.”

Waymark co-founder and CEO Nathan Labenz started his first online business in 2006, writing resumes for remote clients while on a yearlong sabbatical in Buenos Aires after graduating from Harvard University. Since then, the serial entrepreneur has gone on to launch several more innovative, technology-driven companies. 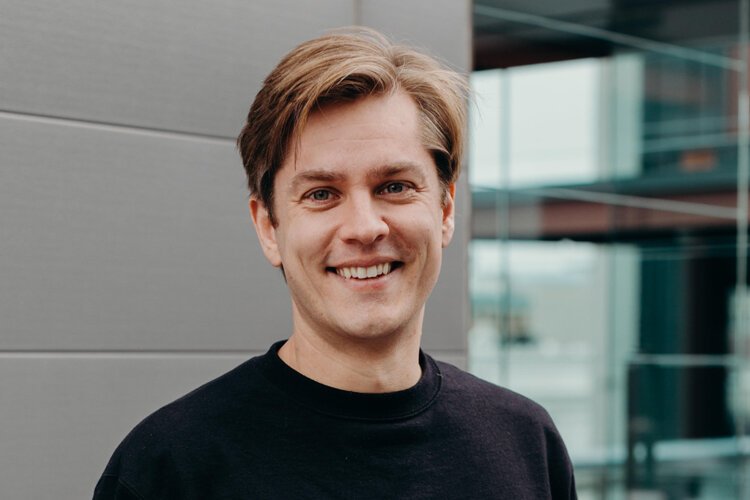 After gaining traction with online review company Stik.com, which he co-founded in the Bay Area in 2010, Labenz and his business partner Jay Gierak (both Metro Detroit natives) decided to bring the company home in 2012. A few years later, though, a change to Facebook’s API limited Stik.com’s access to the data it relied on to function, landing the company in crisis.

In Detroit, though, Labenz and his partner had enough money left to pivot their brand into something different — and, in 2016, Waymark was born. Today, Waymark offers affordable, easy-to-use commercial video templates for businesses across a range of more than eight industries. The company, which Labenz says is on pace for 20% year-over-year growth this year, employs a staff of 20 at their offices in the Madison Building near Grand Circus Park, though the team is temporarily remote due to COVID-19.

In the wake of the pandemic, as Americans lean on large corporations like Amazon “more than ever,” Labenz remains conscious of the value of small businesses like the ones his company predominantly serves. “We’re trying to make it really easy for small businesses to make beautiful video content that they can be proud of that can represent them effectively in all kinds of different spaces — whether that’s social media or TV advertising,” he says.

To help those small businesses and entrepreneurs succeed in an uncertain economy, Waymark is offering a free first video to new customers. “We’re going to have to do something to rebalance,” Labenz says. “I don’t think we want to have five big companies that control all of commerce.”

A guide to celebrating Black History Month – The Virginian-Pilot