“Yes. Tory shot me. You shot me and you got your publicist and your people going to these blogs lying,” Megan Thee Stallion said Friday on Instagram Live. “Stop lying. Why lie? I don’t understand.”

Sitting on my balcony with my girlfriend on Friday, the trepidation in Megan Thee Stallion’s diatribe marinated on my psyche. In less than two years, she lost her biggest champion, her mother, as her career barreled toward megastar status. She signed to Roc Nation. She was called everything but a child of God as she released the raunchy and provocative “WAP” alongside Cardi B — that lived in a genre that has celebrated salacious, raunchy and provocative odes from men for generations. Dropped two No. 1 Billboard records in 2020 in the aforementioned “WAP” and her colossal Beyoncé collaboration “Savage (Remix).” All by the age of 25.

That quote has been posted so many times in 2020 that it’s become a disservice to Malcolm X. But to Black women more importantly. In theory and application, Malcolm X was the personification of what a Black man should resemble. Flawed, yet understanding that the only concept which mattered was personal evolution. Fearless, yet vulnerable to the world around him. Above all, aware that his life’s purpose meant nothing if the Black woman’s purpose was left to fend for herself.

Watching Megan Thee Stallion‘s Instagram Live was emotional for me. She sounded like a friend of mine who worked with me in the hospitality industry in the summer of 2006. She stuck to making drinks while I worked the tables. I always had new music. She’d always ask me to make her a mix CD. She had one rule. Every CD had to have at least one song from Lil Wayne.

But it was after work where we really bonded. At a nearby parking lot, she’d roll up and we’d get high together. She was street-smart. That’s the one thing I remember about her. Never look a police officer in the face, she’d say, because if you do, they’ll feel threatened. And if they feel threatened, she’d always follow up, we’re always at the mercy of their fear. Slow money, like the jobs we worked together, is better than no money because fast money dries up quickly. I’d tell her about life at a historically black university — or “one of those A Different World schools,” as she’d say.

The summer went by quickly, and before I knew it, I was back at Hampton. One day before class started, I got a phone while still unpacking boxes at my first apartment. She told me she’d been shot in her shoulder. When I asked who did it, she became quiet, then laughed.

She was right. Everyone knew her man. He was a local D-boy who was flashy, but not to be toyed with. When you’re from a small town like Petersburg, Virginia, it’s easy to spot anyone getting money. Nevertheless, they got into an argument one night. Things got physical, she pushed him, and next thing she knew a bullet was in her shoulder. I asked if she reported the incident. Her response reminded me a lot of what Megan Thee Stallion said in her Instagram Live. She felt responsible for protecting her abuser.

“Boy, you know it’s guns and weed here,” she said. “F— I’m finna call the cops for and run the risk of all of us getting killed? Some s— I just gotta take with me.”

She called it off in that relationship and she was moving to Richmond. I told her I was worried about her and I wished I could help her.

“When you’re back home for the holidays,” she said, “hit me up. We can light up and you can tell me more about college.”

She chuckled and promised she would. Come Thanksgiving and Christmas, I tried to call and text no avail. We never spoke again.

Megan Thee Stallion’s anger mimicked what I imagined my friend’s would’ve resembled in 2006. Had she been gifted the opportunity to process what she’d been forced to endure. And had she understood what, as writer James Baldwin unearthed, her pain was like so many others who cried the same tears and battled the same fears. My friend lived with trauma and the only thing she knew to do with it was to conceal it.

A Black woman with carnage inflicted on her by a Black man. Megan Thee Stallion, like my friend nearly 15 years before her, became the latest Black woman in 2020 whose moments of peril occupy residency in my thoughts.

Like Diva. Her tears after being thrown into a Washington dumpster are haunting. As do the laughs of the young Black men who documented the act on video have stuck with me. Shiand Miller and her three-year-old daughter, Shaniya Gilmore, were murdered by her partner while carrying their unborn son. Or Oluwatoyin “Toyin” Salau, the 19-year-old Florida Black Matter Lives activist who was sexually assaulted, then killed. Aaron Glee Jr. confessed to the murders of Salau and 75-year-old Victoria Sims. And the three Black transgender women assaulted and robbed in Los Angeles are the latest names on a growing registry. 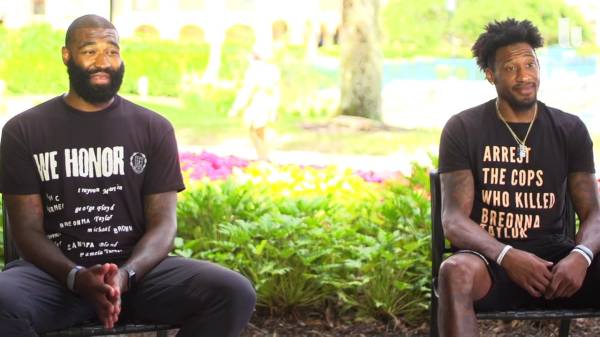 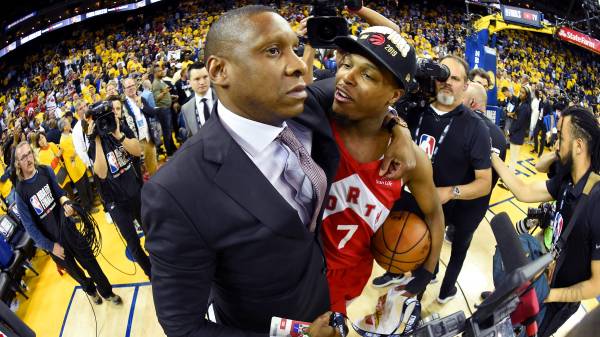 What’s crushed me the most is each of these crimes were committed by men who look like me. A joy in being a Black man is knowing that we walk side by side with Black women. That we are each other’s protectors because we understand what it means to be Black in a country that has always been hell-bent on making us stay behind the eight ball. Or at least that’s what it should be. The animosity and disregard toward Black women in 2020 is something that’s been bubbling below the surface for years, but now it has erupted.

The only way we as Black men can be true supporters and allies to Black women is by holding each other accountable. Otherwise, #ProtectBlackWomen means less than the 18 characters it took to type it.

The only way we as Black men can be true supporters and allies to Black women is by holding each other accountable. Otherwise, #ProtectBlackWomen means less than the 18 characters it took to type it. There’s no singular path to victory. How I see the world and my place in it has been completely reshaped by attending therapy for nearly three years. And it’s no surprise a Black woman has been the source of that change. Challenging each other can’t be seen as a tool of emasculation, but rather one of evolution. And silence is a weapon we can no longer afford to carry. We cannot continue to inflict this pain on the women who look like us. Protecting Black women makes us Black men no less vulnerable.

You’re part of my identity, D’Angelo sang on 1998’s “Nothing Even Matters” alongside Lauryn Hill. I sometimes have a tendency/ To look at you religiously. As Black men, we are losing that identity that D’Angelo sings about. It’s on us to remind each other if we lose them, then we lose our place in a world that fails to see our value. Seeing the heaven that illuminates in Black women is our only option. Because putting them through hell isn’t the answer. Nor will it ever be.

Justin Tinsley is a culture and sports writer for The Undefeated. He firmly believes “Cash Money Records takin’ ova for da ’99 and da 2000” is the single-most impactful statement of his generation.