In honor of National Radio Day, which falls on Aug. 20 every year, we are taking a look back at some of the hero’s both past and present who trailblazed into the industry with their iconic ideas. In what was once considered as Black Radio’s “Golden Age,” from 1920 to the late 1940’s African American radio stations began to rise out of cities like Chicago and Atlanta.  Their AM and FM dials offered unique programming in a time where Black American’s relied heavily on their community to provide news, information, and knowledge.

A number of cultural icons rose from the movement, from station owners and disc jokey’s to radio programmers and writers. Over the years, these stations would become cultural institutions that served as archives and safe heavens for Black expression, music, art and culture. Some would undoubtedly go on to impact and cultivate the personalities and station program directors of today with their revolutionizing programming.

Legendary DJ and actor Jack Gibson who was known by his on-air name “Jockey Jack” Gibson made his big radio break in the 1940s when he appeared in the famous radio drama “Here Comes Tomorrow,” a soap opera written by Black-script writer Richard Durham. Gibson recalled how iconic the show was for its time when it first made its debut on WJJD, a 50,000 WATT Clear Channel station based in Chicago–a station that would unknowingly revolutionize radio for Black Americans.

“It was such a controversial show that we were about 25 years before our time,” Gibson explained in an audio archive. “There were times that the script was so strong they used to have to take us out of the studios by freight elevators and put us in taxicabs and go up the alley.”

“I remember that I played Duke Ellington on a show one time. And I played Thurgood Marshall on a show. Those were good days. When I think about the parts that we had, and what we had to do with it. And we learned to use our voice to simulate the action that we were in. And I thought that that was fantastic. You know, people could hear, and through our voices, they could picture the scene that we actually were in,” Gibson shared. The star would go on to host shows with WERD-FM, Atlanta’s first Black-owned radio station.

Keep reading to learn more about a few more radio stations and titans who shaped the industry with their fearless pursuits and riveting programming over the years.

Our honorable founder Cathy Hughes founded Radio One, now known as Urban One in 1980. In 1999 the company went public. It became the first African American women-led corporation to do so at the time.

Hughes broke into the radio industry in 1969 where she began cultivating her skills at KOWH in her hometown of Omaha, but the media maven left for Washington D.C. shortly after being offered an administrative position with Howard University in 1971.

With hard work and grit, Hughes became General Sales Manager of the university’s radio station, WHUR-FM in 1973, increasing the station’s revenue from $250,000 to $3 million in her first year. Two years later she became the first female vice president and general manager of the station.

During her time at WHUR, the former University of Nebraska student created the format known as the “Quiet Storm,”– a genre of contemporary R&B and smooth jazz which revolutionized urban radio and was aired on over 480 stations nationwide.

Today Hughes owns over 59 radio stations in nine major markets with Urban One.

The company is also a leader in the digital space with sites like Bossip and Madamenoire leading the charge in the digital news and entertainment content industry. 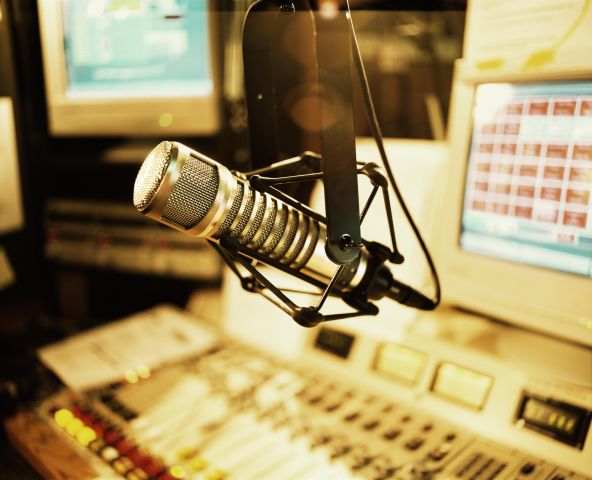 The radio entrepreneur and civil rights activist founded WERD-AM in 1949 after purchasing the small station for a whopping $50,000. Under his supervision, the station would become the first Black-owned and programmed station to emerge from the city of Atlanta.

WERD became an important figure during the civil rights movement as listeners often turned to the station’s dial for information about the movement and to listen to the speeches of prominent civil rights leaders like Martin Luther King, whose Southern Christian Leadership Conference happened to share the same building with WERD. Dr. King often visited the studio to announce the activities of his organization. 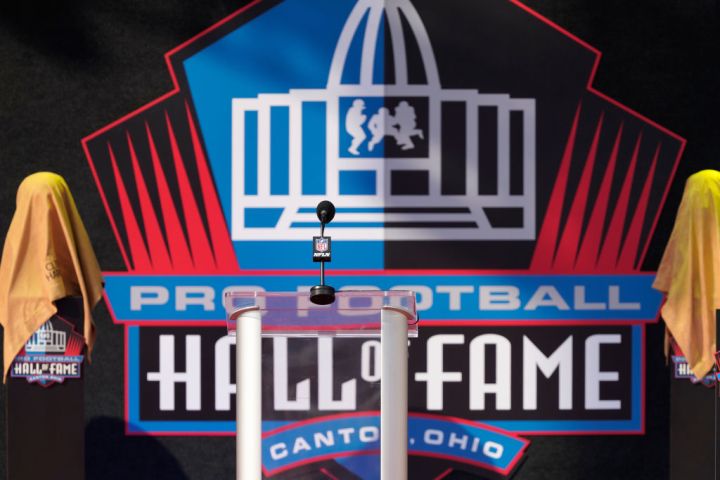 Arthur Bernard Leaner was a professional radio DJ and record label owner that broke significant ground for Black music in Chicago between 1940 and the 1960s.

Benson built his chops for radio in 1945, when he appeared on the scene under his disc-jockey name “Al Benson.” The star was initially offered a weekly hour-long secular show on WGES. Within two years, his output had increased to twenty hours a week, on WGES and WJJD, another iconic Black radio station in Chicago.

Benson gained popularity for airing all of the rhythm and blues songs that were previously ignored by broadcasters because of their suggestive lyrics. He also spoke on the air with a southern twang, which drew listeners into his endearing on-air persona.

In the early 1950s, Benson helped set up record labels, including Parrot, Blue Lake, and Old Swing-Master. The labels were home to up-and-coming blues and R&B artists. He is often referred to as “The Godfather of Black Radio.” 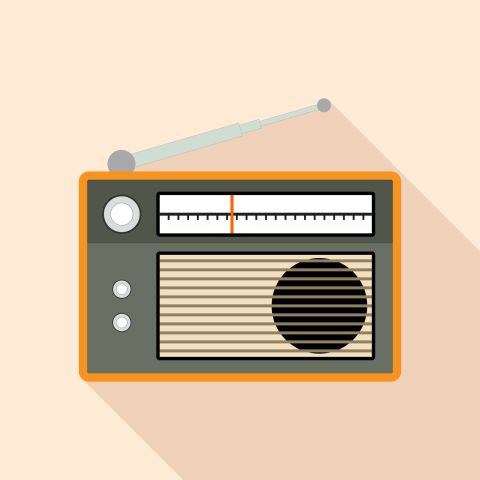 The writer and journalist began his radio journey in 1946 where he wrote scripts for a series on black achievement, Democracy U.S.A., which aired on WBBM, a CBS station.

Shortly after recovering from an injury, his sister gifted him with a typewriter that he used to develop the script for his first audio drama, a black soap opera titled “Here Comes Tomorrow” on  WJJD in Chicago.

Durham went on to write and debut the iconic Destination Freedom series on WMAQ Chicago from 1948 to 1950. The weekly show used its inventive script to highlight the accomplishments of black leaders throughout history, including Harriet Tubman, Jackie Robinson, and Ida B. Wells. Durham’s recurring theme of social and economic freedom was a revolutionary idea rarely heard on the radio at the time. 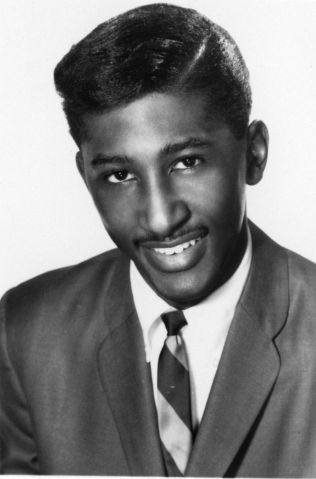 The Buffalo New York native began working at the city’s AM Soul powerhouse station WUFO before moving to Manhattan where he became an on-air personality at soul station WWRL and later WMCA in 1969.

During the late 70s, Crocker set forth on his journey with WBLS as a program director, boosting the station’s ratings and pioneering the urban contemporary radio format.

He sometimes called himself the “Chief Rocker”, and was well known for his boastful on-air banter. 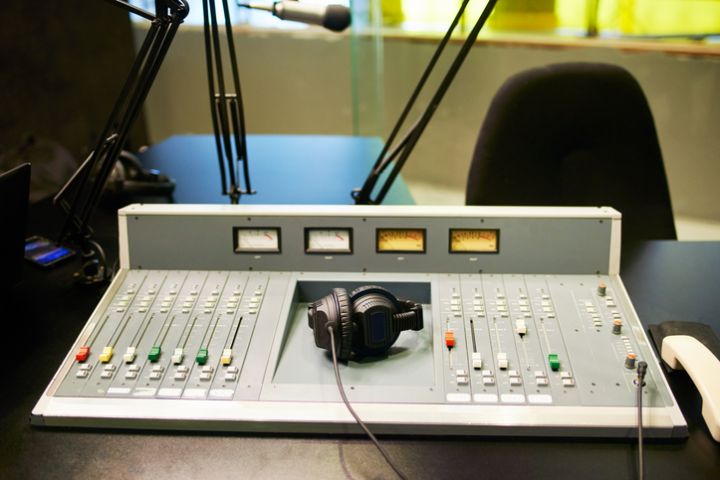 Often described as “the undisputed patriarch of black radio” in the United States, Jack L. Cooper revolutionized the airwaves with his show The All-Negro Hour that aired on Chicago’s WSBC in 1920.

The show was initially broadcasted on a weekly basis and aired live music and comedy sketches, but Cooper gradually modified and expanded its content. Cooper wanted to depict positive images of African Americans during a time where awful stereotypes were created about the Black community. The popular show remained on the station until 1936.

Cooper was one of the first jockeys to broadcast gramophone records, including gospel music and jazz, using his own phonograph.

In 1938, he created a new show, Search for Missing Persons, designed to reunite listeners with lost family members. He also pioneered a mobile news team to cover items of interest to Chicago’s black community. By 1947, his production company Jack L. Cooper Presentations controlled around 40 hours per week on four different stations in Chicago.

In 2012, he was inducted into the National Radio Hall of Fame.

Lack of diversity in patent holders means ‘half of the population’ isn’t getting needs met, economist Lisa Cook says

Kevin Dedner Is Hurdling The Barriers Of Digital Health And Wellness

Kevin Dedner Is Hurdling The Barriers Of Digital Health And Wellness