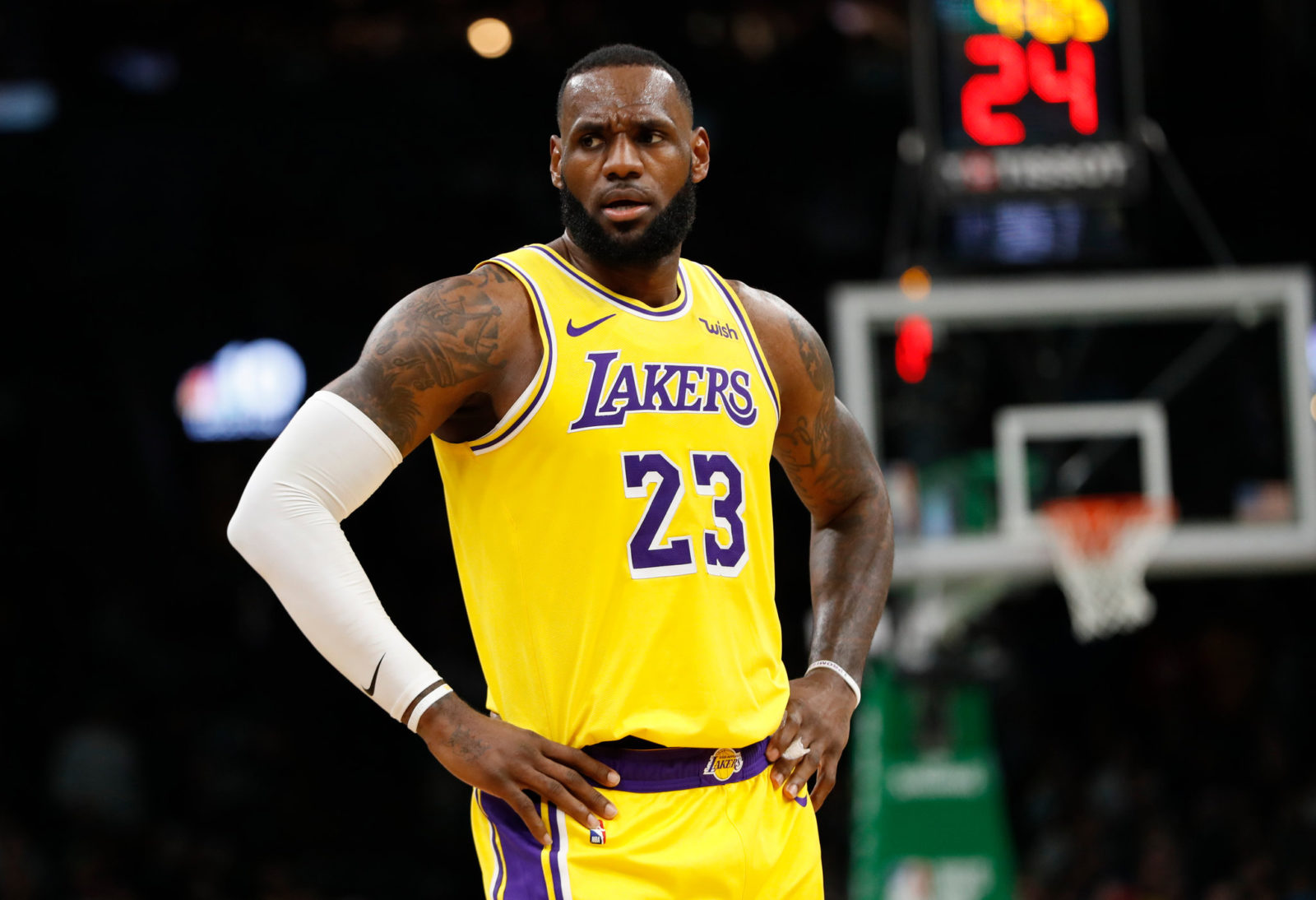 As the NBA players resume their season in a bubble due to COVID-19 concerns, they speak on recent events of African Americans losing their lives to racially targeted police brutality.

After the many incidents of police brutality in 2020, including ones that led to the deaths of George Floyd and Breonna Taylor and severe injuries of Jacob Blake, NBA players decided to do a walkout and not play.

NBA players including Lebron James, Stephen Curry, Dwayne Wade, Kyrie Irving and Giannas Antetokounmpo showed their support through victims’ names on the back of the jersey and painted the floor with the phrase “Black Lives Matter”.

This is not the first time NBA players have made a statement about situations that deal with discrimination against black people. In 2012 when 17th-year-old Trayvon Martin was fatally shot and the Miami Heat players wore jacket hoodies while warming up for a game to honor Martin.

On July 17, 2014, the world watched the video footage of a black man named Eric Garner being suffocated by an NYPD officer. Garner’s last words were “I Can’t Breathe.” This reference became a worldwide slogan where players wore shirts with the statement as a way of solidarity and support. Then six years later the same incident happened with George

An interview with the late Kobe Bryant, Los Angeles Lakers explains why the Lakers wore the I Can’t Breathe shirt he stated, “If we ever lose the courage to be able to speak up for things that we believe in, I think we lose the value for what we stand for.”

When the NBA decided to restart the season, this didn’t sit well with Brooklyn Nets player Kyrie Irving who thought that players should sit out and not play because it will become a distraction to just forget about what is going on. Irving stated, “I don’t support going to Orlando,” in a called meeting that he had with other players. Most players agree with Irving but some continue to play.

The narrative is that athletics who stand up for social issues that pertain to racism and racial equality are either scrutinized or bashed for saying how they feel about the situation. In people’s eyes, players should not worry about it and just play. It is almost like telling them to stay quiet.

In 2018, Showtime presented a three-part documentary series called Shut Up and Dribble which was influenced by Fox News host Laura Ingraham who told Lebron James and Kevin Durant this reference because of their opinions on President Donald Trump. The documentary talks about how athletes grow their brand, but also in history when comments about racism remain silent.

The series brought on how athletes use their platform as something that is important and what matters. At the same time looking back on how discussing race and even being an African American player it was hard to express oneself in the 60s, 80s and  90s and to make a political statement. It cost players to lose their jobs or be blackballed like NFL player Colin Kapernick, former NBA players Craig Hodges and Mahmoud Abdul-Rauf for their political stance.

Minister Louis Farrakhan who is the Nation of Islam leader spoke at the Million Man March in Washington, DC in 1995. Farrakhan, who had a message for the NBA, stated, “Black folks who got the talent grow up in the hood, but when you spot us you draw us out then take them in the NBA to become megastar”.

He continued to say that the “NBA doesn’t want their players to speak out on the issue that is political and social they must shut their mouth or you threaten them their fame and fortune because you are sick.”

Farrakhan’s point was to tell the NBA how they are eliminating their black players to exercise their rights to speak on political and social issues. To take everything they work so hard for away from them if they don’t apply by their rules.

It becomes hard for players to speak out, but now it is a little bit different even though there are still negative comments. Players can speak about racism and showcase it because it affects them when someone from their community gets killed.

Draymond Green who plays for the Golden States Warriors stated, “You never turn on and see on a TV that unarmed black man got shot feel the way that I feel as an unarmed black man and I don’t expect you to feel that, but don’t tell me that I’m wrong for feeling the way I feel.”