The U.S. Senate on September 28 confirmed Rohit Chopra to a full, five-year term as Director of the Consumer Financial Protection Bureau (CFPB). Chopra returns to the agency where he earlier helped craft and implement key protections to create a level financial playing field for consumers and businesses alike.

At a time when the still-unfolding COVID-19 pandemic has left much of Black America – its people and small businesses –financially marginalized, an active and aggressive ‘consumer cop-on-the-beat’ is especially needed. Based on his previous tenure with the agency, and as a commissioner at the Federal Trade Commission, Chopra is expected to be an advocate for more aggressive enforcement and greater liability for bad actors, including corporate executives, whether the issue is the nation’s trillion-dollar student loan debt, predatory payday lending, or ensuring accurate credit reporting to support equal access to affordable credit.

Chopra’s comments before the U.S. Senate Banking Committee during his March confirmation hearing reflect his commitment to financial fairness.

“[W]e must not forget that the financial lives of millions of Americans are in ruin… Consumers continue to discover serious errors on their credit reports or feel forced to make payments to debt collectors on bills they already paid or never owed to begin with, including for medical treatment related to Covid-19,” testified Chopra.

“Congress has entrusted the Consumer Financial Protection Bureau with carefully monitoring markets to spot risks, ensuring compliance with existing law, educating consumers, and promoting competition,” he continued. “This not only helps to protect Americans from fraud and other unlawful conduct, it also ensures that law-abiding businesses, regardless of size, can compete… I pledge to be a good partner to each of you and approach the agency’s mission with an open mind and attuned to market realities.”

An aggressive combination of enforcement and regulation would go a long way towards remedying many of the financial problems that beset Black America.

“Beginning in March 2020, the number of consumers with credit reporting complaints increased rapidly from levels that were already elevated in 2019…A large share of complaints from high Black or African American census tracts concern credit reporting,” states the report.

Inaccurate or outdated credit reports can negatively impact access to employment, access to credit as well as the cost of credit for individuals and businesses. For several years, a growing number of employers use credit reports as part of screening job applicants. Applicants found to have spotty or risky credit profiles can be eliminated from consideration. Further, when a small business or consumer apply applies for credit, its costs can be increased due to negative credit reports. Even worse, those who try to correct credit report errors often experience lengthy delays or denials, according to the CFPB report.

“Given the scale and persistence of the racial wealth divide, these differences are hardly surprising–but they do highlight the active role that consumers in Black or African American communities take in trying to address credit issues…. Past barriers limiting access to mainstream credit for racial minorities, the long-term impact of the 2008 mortgage crisis, and continued inequality in access continue to determine the types of opportunities consumers have—and these contexts shape consumer interactions with the CFPB,” concludes the report.

“[B]lack students are leaving college with the highest average debt per borrower and per graduate across all racial groups,” according to Legislation, Policy, and the Black Student Debt Crisis, published in 2020 by the NAACP. “This is true of both bachelor’s and associate’s degree holders – who were both more likely to borrow and borrowed more to finance their education – as well as for Black students across all public and private sectors of higher education.” 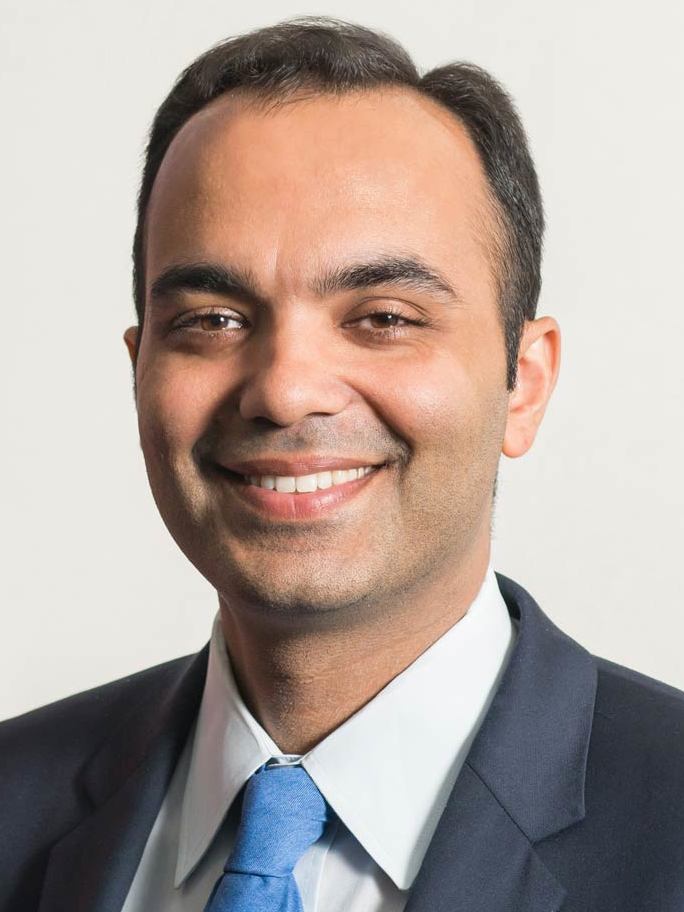 “Extensive research has established that Black borrowers and other borrowers of color tend to have more difficulty in student loan repayment than their white peers because of past and ongoing racial discrimination,” Julia Barnard, a senior researcher at the Center for Responsible Lending wrote in a policy brief published this summer. “They are also among the communities hit hardest by the current pandemic and its effects.”

The rippling effects of heavy and long-term student debt frequently delay decisions to purchase a home, contribute to high levels of financial stress, and may lead to working more than one job to diminish debt. These real-life concerns are familiar to Chopra.

Following the 2010 passage of the Dodd-Frank Wall Street Reform and Consumer Protection Act, Chopra in 2011 helped launch the CFPB, serving as its assistant director and overseer of its student loan agenda. Shortly thereafter, he was named its Student Loan Ombudsman, where he led efforts to spur competition in the student loan financing market, and to develop new tools to help student loan borrowers make smarter decisions.

Under Chopra, CFPB delivered hundreds of millions of dollars in refunds for borrowers victimized by deceitful and unlawful conduct by loan servicers, debt collectors, and for-profit college chains.

By the end of its first decade of service, CFPB returned more than $12 billion to more than 29 million consumers, and levied fines on bad financial actors in other consumer finance areas including prepaid cards, credit repair, debt settlement, and pawn and title loans.

Under the Trump administration, however, consumer restitution all but disappeared and many of the hard-won regulations were reversed. A spate of political appointees replaced career civil servants and the agency’s actions turned a blind eye away from consumers, favoring instead private enterprises and scant regulation

Those actions were direct opposition to the prior five-year period in which CFPB conducted a series of public forums across the nation as well as publishing research and analysis related to the high-cost, small-dollar loans. The resulting payday rule promulgated under CFPB’s first director zeroed in on two lending concerns: the ability to repay and ending the automatic seizure of consumer payments from checking accounts.

While most forms of consumer credit include underwriting to ensure the ability to repay, payday loans typically require only proof of income and an active checking account. By allowing lenders direct access to checking accounts, ample research reveals that most borrowers are unable to meet other financial obligations. In the worst cases, when excessive overdraft charges are incurred, consumers’ accounts are cancelled by banks, leaving consumers more dependent upon other costly fringe financial services.

Despite the persistence of predatory lenders, Director Chopra begins his job with the support of a 138-member strong coalition of state and national advocates. Additionally, key federal lawmakers like Rep. Maxine Waters, Chair of the House Financial Services Committee and Sen. Sherrod Brown, Chair of the Senate Banking Committee, have offered their support as well.

In a floor speech that preceded the Senate vote, Chairman Brown spoke directly to the hopes of consumers across the country.

“It’s not surprising that most people don’t believe there’s anyone on their side fighting for them in the federal government, but we know that’s not true,” Brown said. “That’s why Rohit Chopra will prove them wrong. He’ll fight for all those that feel like they’ve been left on their own.”

Charlene Crowell is a senior fellow with the Center for Responsible Lending. She can be reached at [email protected]

‘People shunned me like hot lava’: the runner who raised his fist and risked his life | Race

The name missing from the Senate antitrust bill

No college degree? More employers than ever don’t care