Migrants are greeted by Taylor Levy (center), a local immigration attorney, at the Paso del Norte International Bridge in April 2020 in Ciudad Juarez, Mexico. People seeking asylum were enrolled in the Migrant Protection Protocols program, better known as the “Remain in Mexico” policy. The Department of Homeland Security announced that starting Thursday, it would stop new enrollments in MPP. 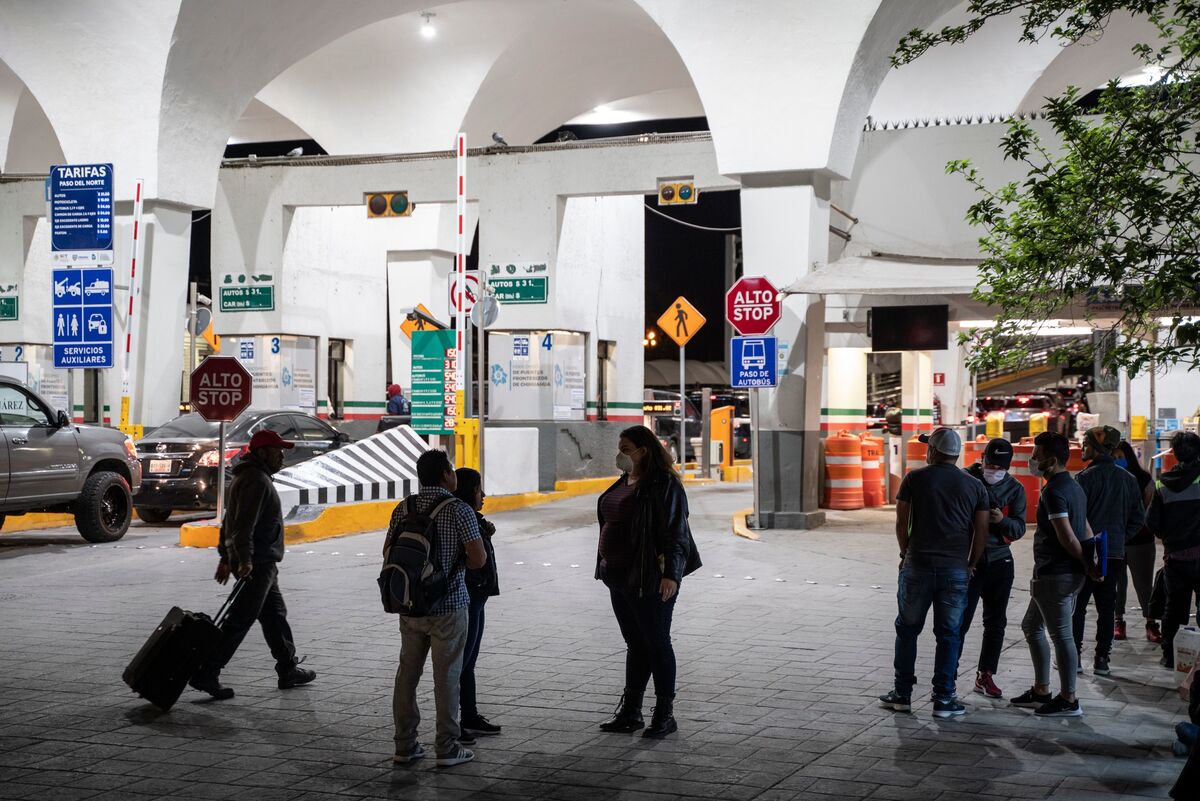 Migrants are greeted by Taylor Levy (center), a local immigration attorney, at the Paso del Norte International Bridge in April 2020 in Ciudad Juarez, Mexico. People seeking asylum were enrolled in the Migrant Protection Protocols program, better known as the “Remain in Mexico” policy. The Department of Homeland Security announced that starting Thursday, it would stop new enrollments in MPP.

The Department of Homeland Security announced that starting Thursday, it would pause deportations for certain noncitizens in the United States for 100 days and would stop new enrollments in the Migrant Protection Protocols policy, also known as the “remain in Mexico” program.

Acting Department of Homeland Security Secretary David Pekoske said the U.S. “faces significant operational challenges at the southwest border as it is confronting the most serious global public health crisis in a century.”

The department aims to focus its resources “where they are most needed,” Pekoske said. In light of the serious challenges at the southern border, DHS must “surge resources” to the area to ensure “safe, legal and orderly” immigrant processing.

The Trump administration’s controversial “remain in Mexico” policy requiring asylum-seekers trying to enter the U.S. from the southern border to wait in Mexico for American court hearings will be suspended.

The program has led to roughly 60,000 migrants getting sent back across the border since MPP was first implemented in January 2019. Tens of thousands of people are still stuck in Mexico, awaiting their court hearings, and living in unsanitary and potentially dangerous situations. The policy has placed enormous strain on Mexico, even more so during the COVID-19 pandemic.

Thousands more migrants from Latin America have pushed their way toward Mexico in recent days. Some have told journalists that they are making their way north because they expect it to be easier to enter the U.S. under the Biden administration. Others say the economic situation and violence in Honduras has made remaining there untenable. The increase in migrants, however, promises even more stress on Mexico and the U.S. immigration system.

Guillermo Díaz, Guatemala’s top immigration official, said at least 7,000 to 8,000 Hondurans had crossed into Guatemala in an “irregular” manner.

Tumlin wrote on Twitter, “It confirms the Biden-Harris commitment to restoring dignity to our asylum system. Here’s to the next, critical steps to remedy the inhumane impacts of this shameful program.”

However, immigration hard-liners such as the Federation for American Immigration Reform are already set to oppose the Biden administration’s immigration plan.

“We hope fervently that when it comes to dealing with immigration, the new administration will seek to find common sense policies that not only serve to enhance the economic recovery from COVID, but provide lasting security and prosperity for the country,” Dan Stein, president of Federation for American Immigration Reform, which advocates for lower levels of immigration, said a day before Biden’s inauguration. “President Biden must protect American jobs and not capitulate to special interests pushing radical policies that put Americans last.”

During the moratorium on MPP, current COVID-19 nonessential travel restrictions — both at the border and in the region — remain in place. But it is unclear what will happen to migrants already enrolled in MPP.

The DHS said, “All current MPP participants should remain where they are, pending further official information from U.S. government officials.”

However, under the proposed changes, immigrants currently outside the U.S. — likely those still awaiting their court hearings in Mexico and the migrants on their way from Honduras and Guatemala — will not be eligible for legal status.

From Asheville Watchdog: What are the odds of a casino in Asheville?