The Pioneers is a new on-going series looking at some of the earliest pioneers of professional wrestling as we know it, from the wrestlers to promoters to trainers who helped shape professional wrestling around the world. This article looks at Reginald “Regis” Siki, the first man recorded as being the World Colored Heavyweight Champion during the early days of segregated wrestling.

While much of the wrestling world at the turn of the century and early 1900s featured integrated athletic events, in the United States, pro wrestling was still heavily segregated. In some areas, they could only have cards of all African-American wrestlers or all white wrestlers, while in others, if African-Americans were featured on integrated cards, the African-Americans could only compete against other African-Americans. During these early days of pro wrestling, promoters created a separate World title for the African-American circuit, called the “World Colored Heavyweight Championship” (disclaimer: we only use this term for historical purposes, as this was the title’s official name, and as a reflection of this time frame). And the first man on record to have held this title was a man named Reginald “Regis” Siki (not to be confused with another Reginald Siki who would come along decades later, better known as Sweet Daddy Siki).

Regis Siki was actually born Reginal Berry in Kansas City, Missouri in 1899 and was by all accounts an incredibly athletic and technical grappler. Early records are sparse, unfortunately, but he most likely began wrestling in the late 1910s or early 1920s, with 1923 being the first official record of his competition. But his prowess was unquestioned, and in 1924 he was recognized as the very first World Colored Heavyweight Champion. While he traveled all over the United States working against other African-American wrestlers (although also allowed to face East Indian and Native wrestlers), from coast to coast, it was beyond the segregated borders of the United States that he had his greatest success. While competing in the US, he was billed as being Assyrian, although while in Europe he was frequently billed as being from Canada.

Once free of the color barriers in his native US, Regis Siki was free to compete against the absolute best of the world of all colors, creeds, and ethnicities. He traveled throughout Canada as well, but it was in Europe where he became arguably the biggest African-American star in the world. His adventures on mainland Europe were magical, as he was a top draw in countries like France, Spain, Switzerland, Greece, and Bulgaria to name a few, where he faced some of Europe’s toughest mat technicians, winning often. While he most likely still felt racism in various parts of Europe, at least in Europe he was able to put his skills against the elite of the pro wrestling circuit, and the men who were in line for multiple European championships.

During the 1930s, Greek-American Jim Londos, who held the World Heavyweight Championship from 1938 until his retirement in 1946 (then a record 2,628-day reign), was the most popular wrestler in the world, but in his native Greece, he was a godsend. One of his matches in the late 30’s attracted 100,000 fans. But the next highest reported attendance (not featuring Londos that is) was a 1933 bout headlined by Regis Siki vs. Bill Demetral, which drew around 5,000 fans in Athens. In Bulgaria, he was an even bigger star. A reported 45,000 spectators attended back to back nights to see Bulgarian wrestling star Dan Kolov, a 3x European Heavyweight Champion, face Regis Siki in Sofia, Bulgaria. 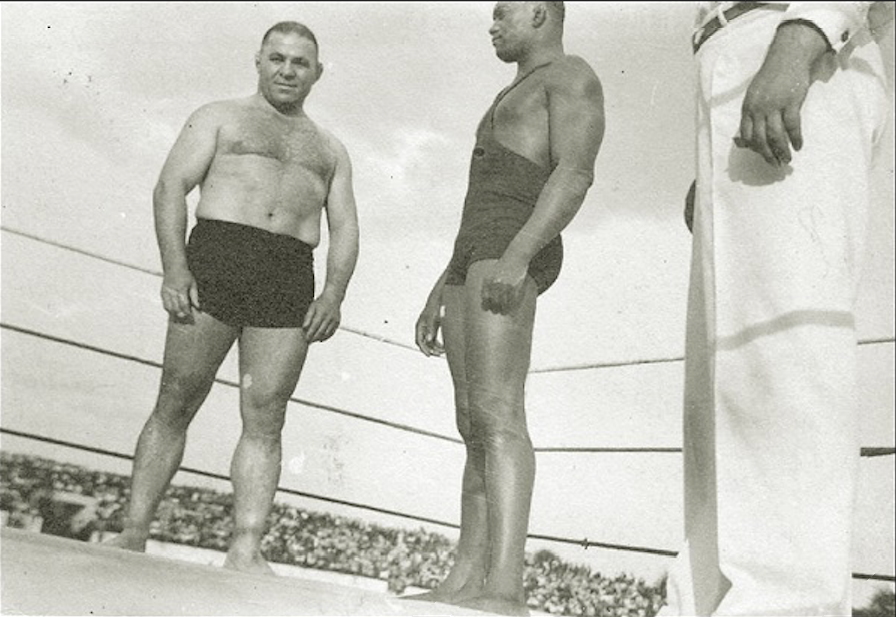 He finally lost the World Colored Wrestling Championship in 1935 to George Godfrey in a contest in Brussels, Belgium, but Siki continued to travel the world wrestling. During the Second World War, he returned home and converted to Islam, changing his name to Kemal Adbul Rahman. Sadly, he passed away relatively young, passing away from a heart attack in Los Angeles, California on Christmas Eve in 1948. He was 49 years old.

Check out more of our articles on The Pioneers of pro wrestling.

Stay tuned to the Last Word on Pro Wrestling for more on this and other stories from around the world of wrestling, as they develop. You can always count on LWOPW to be on top of the major news in the wrestling world, as well as to provide you with analysis, previews, videos, interviews, and editorials on the wrestling world.