Rihanna: The singer and business owner is back with new music

in Business
Reading Time: 5min read
A A

Rihanna is back with a new track!

For Rihanna stans, it’s been a LONG six year wait without any new music from her.

But their prayers have been answered – she’s back with a new song, Lift Me Up, which will feature on the new Black Panther film, Wakanda Forever!

It was a tightly kept secret, and it was only earlier this week that people knew the song was coming, when she released a teaser on her social media channels.

What do you think of Rihanna’s new song? Let us know in our interactive, or in the comments! 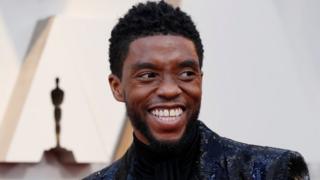 The director of Wakanda Forever Ryan Coogler said Rihanna got on board to pay her respects to Chadwick Boseman.

He played the Black Panther, King T’Challa in the first film, but sadly died in August 2020.

Ryan explained: “Honestly, I think it was Chad… a lot of improbable things needed to happen for it to come through and Rihanna was very clear that she did that for him.

“We knew [Rihanna] was at a point in her life as well where she was focusing on different things – focused on business, motherhood, which is a big theme in our film,” he continued. 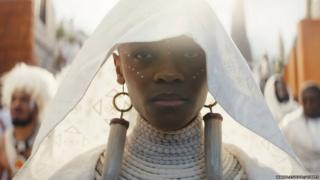 In the new film, we’ll find out who is the new Black Panther – could it be T’Challa’s sister Shuri?

“We were holding out hope that maybe it could work out and boy did it for this song.”

Lift Me Up has been co-written by Rihanna, Coogler and Nigerian singer-songwriter Tems, who has previously worked with Drake, Justin Bieber, Future, Wizkid, Beyonce and Khalid.

The song is produced and co-written by Swedish composer Ludwig Göransson, who scored the first Black Panther film as well as Creed, Venom and Tenet. 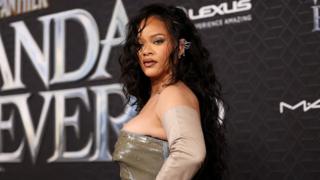 Rihanna’s full name is Robyn Rihanna Fenty, and she was born in Barbados in 1988.

She shot to fame in 2005 with her first single ‘Pon De Replay’, which appeared on her first album Music Of The Sun.

She released five more albums after this, her last being ‘Anti’, which came out in 2016. 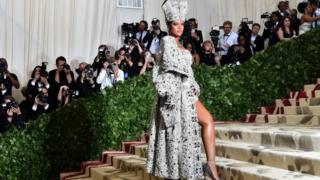 Rihanna’s also something of a fashion icon – here you can see her at the 2018 Met Gala in New York.

In 2017, Rihanna went into the world of business and launched her self-named make-up and skincare brands, Fenty Beauty and Fenty Skin.

This and other companies she created made her the youngest female billionaire ever in 2021.

This also meant she became the wealthiest female musician in the world.

The Voice of American Sports

The Voice of American Sports