James Lesniak at Pittsburgh Opera Headquarters during the recording of “Women’s March – A Celebration of Women Composers” — see Fri., March 26

Thu., March 25
LIT • VIRTUAL
Hear from queer Pittsburgh author Charlie Lefever as they read from their latest book Find Me When You Come Back during a Virtual Poetry Reading at White Whale Bookstore. Described as “creative nonfiction with a surreal twist,” Lefever’s work will be read along with readers Lisa Summe, Shooooz, and Pres DaPoet. 7 p.m. Free. whitewhalebookstore.com

THEATER • VIRTUAL
Next in line for the New Hazlett Theater’s 2021 CSA performance season is Local Singles, a play about “the last surviving support group in Pittsburgh for lonely people.” The performance, written by Pittsburgh-based playwright and musician Nick Navari, focuses on Penny, her surprise pregnancy, and her boyfriend’s subsequent departure. Local Singles is described as a pop musical, so be prepared to have songs stuck in your head long after the show has ended. 8 p.m. Also 11 a.m. and 8 p.m. Fri., March 26. Free. newhazletttheater.org 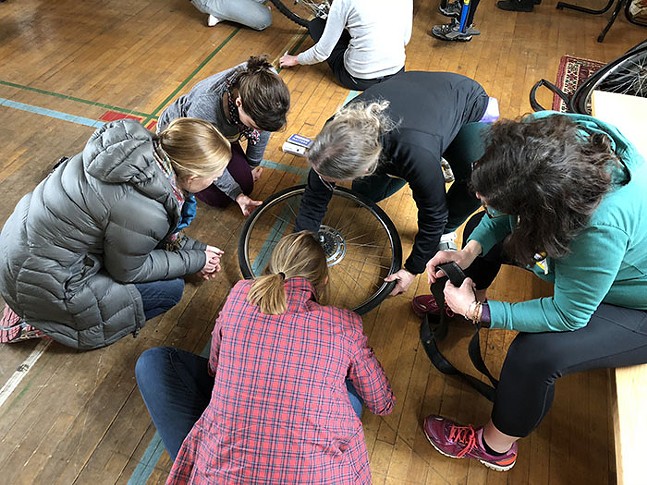 Attendees at a prior Bike PGH event demonstrate fixing a flat tire ahead of WMNBikePGH Workshop’s Spring Tune Up.

Sat., March 27
EVENT • VIRTUAL
It’s time to pull out the old Schwinn from the basement and get ready to ride. But if your bike needs a bit of a tune up before hitting the pavement, join Katie Blackburn from Free Ride for a virtual class on how to get your brakes, tires, and gear shifts in proper order. The WMNBikePGH Workshop: Spring Tune Up is presented by Bike Pittsburgh in partnership with Venture Outdoors, and available by Zoom, so Blackburn can answer any questions riders might have. 10 a.m. Free. facebook.com/bikepgh

PLAY • VIRTUAL
If you’ve ever wondered what Shakespeare’s Hamlet would be like if Hamlet were in the middle of a morphine dream, join Pitt-Greensburg Theatre Company for a production of Dark Hamlet. The production, directed by Dr. Stephen A. Schrum, begins with the “To be or not to be” soliloquy and continues for just under an hour with about one-sixth of the original script out of its usual order. Schrum edited the script for the production, which will feature current students, alumni, and a special guest alum. 7:30 p.m. Also 2 p.m. Sun., March 28. Free. greensburg.pitt.edu/academics/majors-minors/visual-and-performing-arts/news 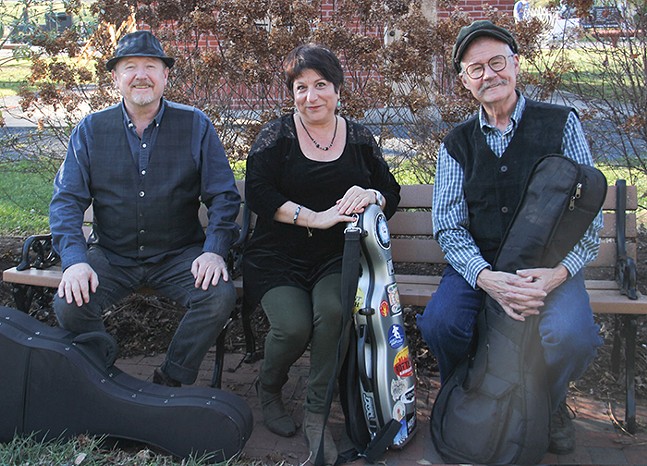 Sun., March 28
MUSIC • VIRTUAL
Join a trio of folk musicians and singers for Calliope’s One Day Old-Time Celtic Music Fest. Described on the Calliope website as a “journey in song and melody from Scotland to Appalachia and back again,” the Facebook Live event features the Beverley Street band, with Janie Rothfield on the fiddle, Bill Wellington on clawhammer banjo and mandolin, and Allan Carr on backup guitar and mandocello. Enjoy concerts and storytelling, as well as jams and musical workshops over Zoom. 11 a.m.-9 p.m. Watch on the Calliope Facebook page. Free. $15 for workshops. calliopehouse.org

Mon., March 29
EXHIBIT • IRL
The start and success of the American Revolution led to a democracy subsequently copied the world over. Learn just exactly how America won its sovereignty from Britain with the American Democracy: A Great Leap of Faith exhibit now on display at the Heinz History Center. There are rare artifacts, engaging interactives, and an immersive exhibit design that showcases the history of how Americans have voted, protested, and engaged with our politics. Timed tickets for in-person visits. 1212 Smallman St., Strip District. $9-18. heinzhistorycenter.org

Tue., March 30
EVENT • VIRTUAL
The University of Pittsburgh Library System and the Pitt Community Engagement Center in Homewood will conclude Women’s History Month with Honoring Women on the Frontline of COVID-19. The virtual event welcomes women across health care, education, and other industries to talk about the struggles and consequences of balancing work with the stress of taking on extra duties in the home, such as childcare. 1-2 p.m. Event will take place on Zoom. Free with registration. calendar.pitt.edu/event/honoringwomen 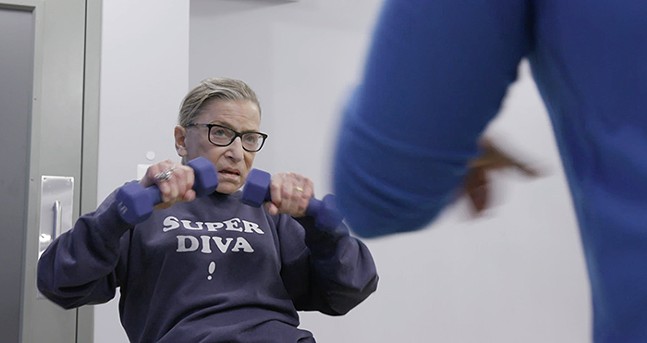 Wed., March 31
FILM • VIRTUAL
The ACLU of Pennsylvania will host a screening of the documentary RBG, about the life and work of the late Supreme Court justice Ruth Bader Ginsburg, along with the City of Asylum. The film will be followed by a Q&A with representatives from the ACLU and a discussion about what needs to be done for women’s rights in Pennsylvania. 7 p.m. Free with registration. alphabetcity.org

Memphis Flyer | T.O. Fuller: A Hidden Natural Gem in Memphis’ Own Back Yard

Memphis Flyer | T.O. Fuller: A Hidden Natural Gem in Memphis’ Own Back Yard

Eagles are back in the Super Bowl | Sports