However prior to that, in the 1970s, August had already been designated as a month to honor, reflect, and act upon Black liberation and resistance during what is known as Black August. 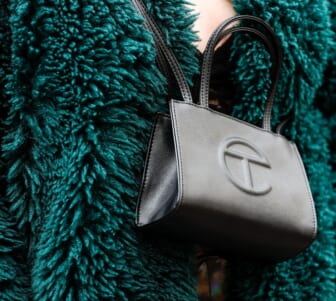 Over the years, Black resistance has taken on many forms from uprisings and rebellions, to civil disobedience, to simple acts of Black joy. So in honor of Black Business Month and Black August, theGrio spoke with 6 entrepreneurs in various industries about how they plan to use their businesses and organizations as an act of resistance.

Black August began as a movement of solidarity within California prisons following the unjust imprisonment of California teen activist George Jackson and the subsequent murders of both him and his younger brother Jonathan during their efforts to resist.

Unfortunately, the fight against a systemically unjust prison system is still going strong today, and one of the entrepreneurs who’s been on the frontlines of this fight is Topeka K. Sam, founder and executive director of the Ladies of Hope Ministry (The LOHM).

The LOHM aims to create alternatives to incarceration, de-carceration and post-incarceration opportunities by providing access to resources for education, entrepreneurship, and sustainability through housing.

“At the LOHM, we have an E.P.I.C. vision that is to End Poverty and InCarceration for Women and Girls,” Sam tells theGrio. “I started the organization while I was incarcerated in federal prison. I saw the disparities that were happening to women, specifically women of color, and God placed it on my heart one night to do something about it.”

“Last year, many foundations and investors wanted to move their money and go into racial justice work, not understanding that racial justice is housing justice and healthcare justice,” says Sam. “We’ve trained over 50 women in our global speakers’ bureau. Bring them in and pay them. We just finished training 50 women to be birth doulas who have been directly affected by incarceration. Hire them.”

Actor Aldis Hodge (Leverage, One Night in Miami, the upcoming Black Adam film) is best known for his three-decades-long entertainment career, but he’s also a skilled painter and designer. In 2020, Hodge and childhood friends, acclaimed artists Phillip Boutté Jr. and Michael Blackbear Uwandi, set out to diversify the world of TV and film concept art by creating their own art studio, 9B Collective.

9B Collective is the first Black-owned concept art studio made up primarily of BIPOC artists across multiple fields from feature films, animation, television, video games, graphic design, and more.

“The mission really is to just destroy and abolish the barriers that we’ve all been up against,” Hodge tells theGrio. “I’m from the acting, entertainment, and producing side, and Phil and Mike are from the conceptual art world. They are the crème de la crème of what they do, so we’re trying to produce more of that.”

Concept artists like Boutté Jr. (Black Panther, A Wrinkle In Time, Star Trek Beyond) and Uwandi (Picard, Supergirl) are responsible for visually laying out the ideas of a project before it makes its way to our screens. Hodge adds “a big part of our work is research, cultural consultation, and making sure that the image and the esthetics match the tone of the story so that it’s culturally accurate.”

“When it comes to the live action industry, we’ve noticed there’s just me and Phil,” shares Uwandi regarding the industry’s lack of diversity. “It’s been like that for about 15 years. When I look around, there’s not another [Black] person right there to be like, ‘okay, let’s pull you in now.’”

According to CEO and co-founder Boutté Jr., “we didn’t start the company for monetary gain. We started it to actually solve the problem. We want there to be a direct pipeline to art for young kids, with a focus on mentorship because we know that no one else is going to help us like we’ll help us.”

Similar to the art world, music is another creative field that has systematically placed barriers in the way of Black creators.

In the early 20th century, Black Americans fled the oppressive Jim Crow laws of the American South by migrating themselves, their talents, and their skills up north to neighborhoods like Harlem, giving rise to the 1920s Black arts and culture revolution now known as the Harlem Renaissance.

But almost 20 years prior to the Harlem Renaissance, in 1904, a group of Black musicians who’d been barred from joining the local Harlem musicians’ union, decided to create their own, ultimately forming New Amsterdam Music Association (NAMA), the first and oldest Black musicians’ union in the nation.

The organization’s current president, Imani Scott, tells theGrio that “we’ve had peaks and valleys, but the pandemic helped to create a way for us to regroup and reset because a lot of musicians couldn’t go out of town and didn’t have any gigs or anywhere to play. So it kind of felt like the same essence of where it started in the beginning, where it was a safe space for our musicians… like a coming home.”

During its 117 years of existence and 99 years in the Harlem brownstone it calls home, NAMA has provided a stage and even a temporary residence for various Black music legends from composer Eubie Blake to saxophonist Charlie Parker. Scott says the organization has big plans to celebrate its 100th anniversary in the building.

“By next year, our goal is to have restored the building itself to a level where we’re really celebrating a rebirth. A rebirth for the next hundred years of Black musicians to thrive.”

While NAMA works to restore the physical home it cultivated for Black creators, music producer Isaac Hayes III, son of the late great singer-songwriter Isaac Hayes, has developed a digital safe space for creators of all backgrounds aptly titled the Fanbase app.

In 2018, Instagram creator @ghetto.spider went viral dancing to a-ha’s Take on Me while dressed as Spiderman, and Hayes reached out to offer some guidance to the young creator during this moment of sudden fame.

“I left the conversation like, ‘Wow, this kid is having the moment of his life, but he doesn’t know how to monetize it,” shares Hayes. “He doesn’t own Spider-Man, so Marvel and DC could come and shut that down at any moment if they wanted to. But he should be able to monetize his dancing. That’s when I thought to myself, ‘there needs to be an app where people can monetize their skills and their talent.’”

“Black culture innovates at a pace and a speed where we don’t realize what we’re doing before we even do it,” urges Hayes. “We create some fly s— and are the first to do it and the coolest, but in actuality, we’re creating infrastructures and industries. The second that Grandmaster Flash scratched on a turntable, somebody should have said, ‘Give me six months. I’m going to go build a turntable and that’s what I want you to scratch on.’

The premise of the Fanbase app is simple: browse for free or subscribe to your favorite creators for $3.99 a month so they can get paid for the content they’ve been accustomed to giving away for free.

The next revolutionary step to creators owning their own digital content is to own their own digital data. And tech entrepreneur Angela Benton offers a way to do so through her ethical data company Streamlytics.

“What we’re really doing is showing everyday people, ‘hey, you can get access to your data, here’s how to do it,’” says Benton. “The data brokerage market is huge. It’s a multi-billion, if not trillion, dollar market, and that market is based on the buying and selling of consumer data. You likely don’t even know that it exists. You don’t know what pieces and parts of your data are being sold.

And that’s completely unethical that all of these transactions are essentially happening off of your data, and you’re not getting a cut of it or anything. A lot of people call this ‘data exploitation,’ and Facebook is super popular for doing this. Their whole model is built on our actions and what it is we’re doing and then selling access to those actions.”

Benton created Streamlytics for some of the same reasons why Hayes started Fanbase, including to help Black communities achieve economic growth by leveraging and monetizing their content.

According to Benton, “so much of our talent goes to technology companies to drive growth, and we’re letting the community know there’s a market for their data. Yes, we’re going to sell your data, but we’re going to be transparent and price the data ethically and accurately, and fairly.

We’re also doing a data license that says that the consumers own their data, not us. We’re just licensing it from them for a fee. The only other company that is really doing this right now is Microsoft with their product Trove. So it’s a very new concept that I hope folks pick up on from there.

“Another way in which we’re really trying to partner with the community,” adds Benton, “is also to invite them to become investors. So, yeah, we do pay you for your data. But it’s also really awesome to be an owner and have an equity stake in a fast growing company.”

However, not every app has to lead to monetization. We here at theGrio understand the revolutionary importance of simply consuming entertaining and educational content created for us and by us. And our final CEO and founder of the audiobook platform Abantu Audio, Luc Cadet, would agree.

“I think that in order for us as a people, Black people in particular, to ever overcome the system, it has to start with the revolution of the mind,” insists Cadet. “Our education system in this country is trash, and a lot of us are so busy struggling, trying to get by day to day that we may not necessarily have time to read a book, so I feel audiobooks are a great way to combat that.

“They always teach us about slavery,” Cadet adds, “but I wanted to learn more about my history beyond that, and as I began to find educational books that touched on those topics, I was noticing that they were very long. And what I also found was that none of the books that I wanted to listen to were in audiobook format, like The Destruction of Black Civilization, They Came Before Columbus, Post Traumatic Slave Syndrome.

And as I began to browse the so-called ‘African-American’ sections on these apps, I realized that they were lacking in content overall. So that’s kind of what prompted the idea to create an audiobook app featuring BIPOC authors narrated by BIPOC voices.

“After I saw how white and racially monopolized the publishing industry was, my co-founders and I decided to expand to more genres beyond non-fiction/education. We also have an app coming out and it’s going to be accessible globally allowing our platform to be a centralized place to help connect the diaspora via our shared stories. 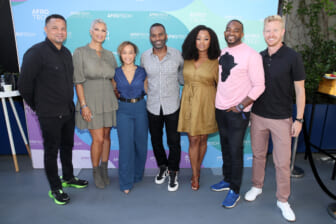 There are a lot of stories on the continent that we as African-Americans may not know since we’ve been cut off from that history, that culture, and vice versa. So we hope that our platform will help alleviate a lot of that disconnect as well.”

Everything Legendary is Providing Plant-Based Gourmet Foods to Bowie State

Celebrate ‘Women of Diaspora’, Black culture in the Poconos