Kamala Harris endorsed Joe Biden and said she would “do everything in my power” to help elect him this fall. (March 9)

The resolve for freedom birthed ambition and set the course for Black women who struggled to keep their families together as they longed for a better life.

Black women all across this nation should be outraged by the commentary that a qualified African-American woman is “too ambitious” to be selected as the running mate for presumptive Democratic presidential nominee Joe Biden.

Biden allies, Chris Dodd, co-chair of the Biden Vice Presidential Selection Committee, along with major donors have essentially asserted that ambition should bar an otherwise qualified woman from consideration for the Biden ticket.

Not only should Black women be outraged, but all Americans should be equally offended.

Despite seemingly insurmountable odds, African-American women have excelled in all areas of human endeavor including corporate America, government, law, medicine, education, sports, and the arts, among other fields.

Yet, African-American women continue to wrestle with a nation that repeatedly questions and diminishes their worth, competence, and capacity to add distinctive value. And, now, even the ambition of African-American women is being weaponized to further deny opportunities for which they have trained and worked hard to just be considered.

Since when did being ambitious become a negative trait given that the American dream is predicated upon this very notion? 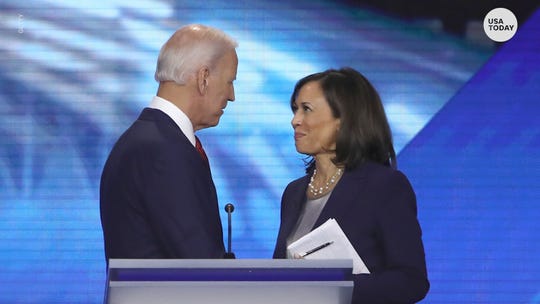 As talk swirls around Joe Biden’s pick for a VP, the presumptive Democratic nominee was seen holding a note with Sen. Kamala Harris’ name at the top. (Photo: Getty)

Ambition has been the saving grace of Black people since we were dropped on the shores of America in 1619.

The resolve for freedom birthed ambition and set the course for Black women who struggled to keep their families together as they longed for a better life.

The ambition of Black women too numerous to name was instrumental in securing basic rights like liberty, justice, education and equal representation through the right to vote.

The outrage occasioned by the misuse of the word “ambition” is heightened when we consider historically that references to Black women as “overly ambitious” have been code words designed to marginalize Black women, deny them opportunities, trammel their hopes, mute their voices and dehumanize their existence.

White men in power who have long mischaracterized Black women as “too ambitious” have used the term as code for angry, aggressive, and intemperate in order to render us invisible and deny us a seat at countless tables of power.

Moreover, the “too ambitious” commentary advanced by Chris Dodd and the Biden donors is a direct assault on Historically Black Colleges and Universities (HBCUs) and an affront to the practical education HBCUs necessarily impart to students.

The vice presidential contender against whom this criticism was leveled attended one of the most prestigious HBCUs in the country where she was trained, among other things, to be ambitious. So, this dog whistle undermines one of the important qualities HBCUs instill in Black students. HBCU graduates are taught to achieve, to persevere, to grow and, yes, to be ambitious. HBCU graduates are commanded to be trailblazers — to go where there is no path and leave a trail.

Your state. Your stories. Support more reporting like this.
A subscription gives you unlimited access to stories across Tennessee that make a difference in your life and the lives of those around you. Click here to become a subscriber.

Black women are loyal Democratic voters; it’s a mistake to snub them

As an HBCU president, I was simply stunned to read this latest assault on African-American women. I encounter thousands of young Black women from various backgrounds who arrive on college campuses with passive, indifferent attitudes which are nurtured into competence, ambition, and a commitment to leave their mark on the world. 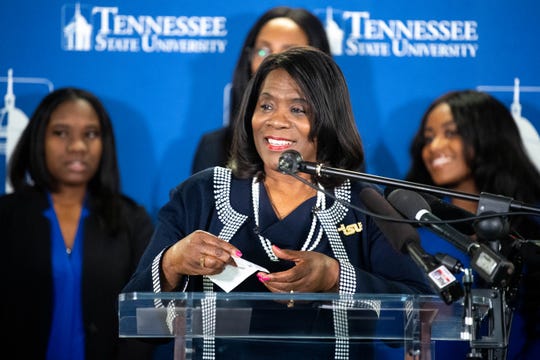 The negative connotation Dodd and the donors apply to “ambition” is precisely what I cultivate and celebrate.

Not only are Black women the most loyal voters for the Democratic Party, they are crucial to igniting Black voters across all demographics to turn out in record numbers. When Black women are engaged, they bring their families, their networks and their communities along with them.

Ambitious Black women from all walks of life have offered themselves for service in upcoming elections. No matter which candidates you support, you cannot support the marginalization of talent and experience by framing it negatively and calling it “too ambitious.” The hallmark of Black women from HBCUs is their ambition. It is their calling card. That is how we train them. When I see ambition in a Black woman, I know we have done our job.