There are concerns in Cameroon over a legal battle that could see the Indomitable Lions miss the 2022 FIFA World Cup in Qatar.

Fecafoot – the Cameroon Football Federation – are reportedly having a showdown with kit and equipment supplier Le Coq Sportif.

It is believed a Paris commercial court has intervened in the dispute and ordered the squad to wear the kit suppliers’ uniforms at the World Cup.

Complete Sports confirmed that FIFA supported the ruling and urged Le Coq Sportif to continue supplying their equipment to the country. 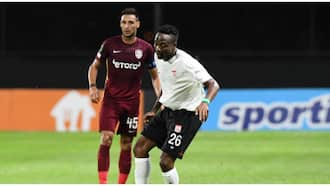 Exciting feature: Check out news exactly for YOU ➡️ find “Recommended for you” block and enjoy!

FIFA was possibly angered by Fecafoot earlier deciding to terminate the French kit company’s contract and partnering instead with One All Sport, an American company.

Cameroon’s lawyer, Me Ntimbane Bono, in a chat with Actu Cameroon, stated that the move could get the country expelled from the forthcoming World Cup.

“A refusal to execute the decision by Fecafoot could lead to the disqualification of Cameroon from this World Cup, which one should not forget it’s a FIFA activity.”

Cameroon are in Group G with Serbia, Switzerland and Brazil.

The Indomitable Lions are scheduled to face Switzerland in their first game of the tournament on November 24.

Meanwhile, Samuel Eto’o has reacted to a publication by RFI that Cameroon is planning on hiring black magicians for the World Cup in Qatar, Sports Brief has reported. 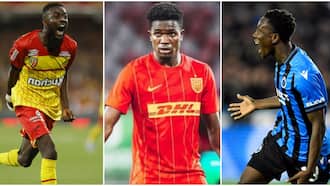 In a relentless effort by Eto’o to protect the image of Fecafoot, he has rubbished the story and charged Radio France Internationale to provide evidence of their report.

On October 6, the Cameroonian FA was accused of working with black magicians, commonly known as ‘juju men’, to help them perform in Qatar.