LAKE BUENA VISTA, Fla. – Byron Spruell may not be able to take a breather until several days after the NBA Finals conclude and everyone has gone home. When that takes place, the NBA’s president of league operations will have a chance to reflect on his part in history.

“And I don’t even know that we’ve understood the real moment yet. But years from now, if not even next season, this will be looked back at definitely historical and impactful.”

Spruell was responsible for overseeing the development of the league’s competitive format of 22 teams, which included individual workouts at team facilities, travel to the bubble, team practices, scrimmages, seeding games, postseason play-in games and the traditional playoffs. He led orientation sessions with players, head coaches and staff from all 22 participating teams and the officiating staff. And he said he has had well over 100 meetings over the past several months, including with all 30 NBA general managers, representatives from the players association and the competition advisory group.

Spruell, who is third in command behind commissioner Adam Silver and incumbent deputy commissioner Mark Tatum, was also the highest-ranking NBA official on-site when the Milwaukee Bucks decided to not play in a playoff game on Aug. 26 to protest the police shooting of Jacob Blake in their state of Wisconsin. The Bucks’ decision resulted in the other remaining teams not playing over three days.

While Spruell’s job was to figure out potential next steps of the season at that point, as an African American, he understood the moment.

“I’ve had a lot of experiences and could relate to the situation and what was going on,” Spruell said. “But at the same time in my role, it’s like, ‘Are we going to play or not?’ And if you don’t, then that’s your choice. But it was interesting what they ended up doing with their game time in terms of utilizing the Bucks organization to then reach out to the lieutenant governor, attorney general, all while making their own statement as they came out of the locker room. And then they created the pause that then led to other conversations and on and on.

“In one way it was like, ‘OK, we got to get a damn game going.’ And then in another way, ‘OK, I understand what your statement is here. And I applaud you for it. I respect you for it, and that’s the decision you’re making as men and as an organization.’ ”

Spruell recently talked to The Undefeated about what he’s learned from the bubble, his pride and duty as an African American in this position, his career as a Notre Dame lineman and more.

What was the determining factor for the NBA to resume the season on July 30?

What has been your biggest challenge in the NBA bubble?

The hardest challenge is to get everybody on the same page. And I mean that internally in terms of all the leadership team as well as throughout the NBA organization, but then also externally. And what I mean by that is go back to all the stakeholders that have to be in place to make this successful and get it done. That’s the biggest challenge.

What has been your biggest triumph?

The play-in tournament, if I’m being honest with you. We had gone through a lot of planning on the future of the game and what certain elements would look like. Reseeding, different ways to look at conference realignment, all those things. And one of those things that was in that sort of future of the game, if we could get it done, was a play-in tournament. So, to see that sort of come back around and to be part of this and be historic in terms of the first one and the way it played out with the [Portland] Trail Blazers … that was pretty cool, knowing the backdrop.

Is the NBA playoff play-in game here to stay?

You spent a lot of time on Zoom during your time in the bubble. Why was it important for you to be on every one of those calls?

It’s customer service. It’s client service. All the things that are in my DNA, right, coming from a consultant perspective, an advisory perspective. But knowing also the commitment that we’ve made to this, to continue to hold it up and make it successful. It’s part of the commitment. So, to me, that’s really what it’s about. And to hear what we really ought to be responding to as well. Some things we can anticipate and be proactive about, other things, in terms of just client service and the mission, we have to be committed to. So that’s why I’ve personally been committed to those calls.

What can you say about seeing Black Lives Matter on the court and your involvement in the social justice messages?

It’s huge. Here again, the NBA has brand permission and a platform to do the things that it does under it, what it represents, but then also how the players themselves feel very free and focused on their own messages. It’s just wonderful to see it come together that way, whether it’s the Black Lives Matter on the court. Now, the T-shirts that are now the vote T-shirt, there’s different ways to have an impact. Here again, sign me up if it has sports, diversity and anything education-related too. I think in the messaging there’s a lot of education that comes with it too. And the conversations we’re having now are so rich and can have an impact. …

Give players credit. They created their own cause to have even more focus on it. So, I think all those things being said, the dynamic that we’re living in right now and the way the NBA has a platform to make a difference here. I think you’ll see it through the foundation, through the coalition, throughout the areas where it can really have that impact, it will have an impact.

What pride do you have as a Black man in your position at this time?

I’ve had mentors and sponsors and role models that have helped me. … It’s not about the pat on the back, or as I say, it’s more about the left tackle, right? If a block gets made and a touchdown happens, great. That’s for the team’s benefit. At the same time, somebody kind of looked back to say, ‘Hey, there was a person who was instrumental in helping to make this happen.’ You know, hopefully I am acknowledged for that, that people will see that from an African American sitting in that role, to say, ‘That’s pretty cool. That’s a role model that others can follow.’

How did your time as an offensive lineman at Notre Dame help you in your role in the NBA?

It’s discipline, focus, teamwork, being adaptable and flexible. Because everything doesn’t always go your way, yet you’ve got to pull in, see things and make stuff happen. So, those would be the sort of high-level things. And then leadership too, I think. I was honored to be co-captain my final year. The year Tim Brown won the Heisman, the year before the ’88 championship. And so, Coach [Lou] Holtz elected me that, and he always went to his linemen. He’d look at a decision as the captain’s, and so for that sort of opportunity to see things come through, that was just a great opportunity for me personally.

What’s your fondest memory from your Notre Dame days?

So, last game, it’s an instant classic. It was 38-37, comeback against USC out there. We were down at half 37-15. We came back and won that game with a last-second field goal. To be part of that, and that was my last year. To come back and be elected co-captain my final year … to be part of that huge turnaround, come-from-behind victory, hostile environment and all those kinds of things, really played out well.

Did you have NFL aspirations?

Didn’t work out that way. It was 16 rounds in, but I wasn’t drafted in the NFL. A knee injury came back to haunt me. I was good enough to play against Russell Maryland and Chad Hennings and ‘Cornbread’ out of Alabama, Cornelius Bennett. But at the same time, it was a great journey at Notre Dame.

When do you think you’ll be able to appreciate what has been accomplished in the bubble? 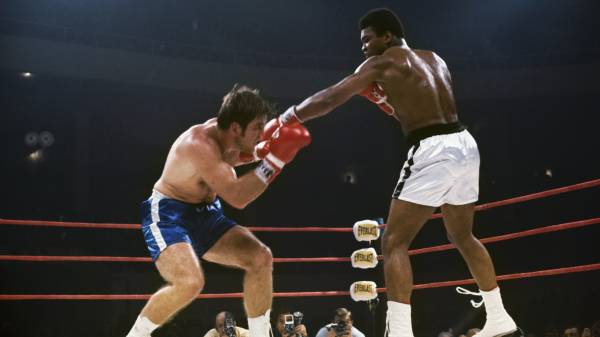 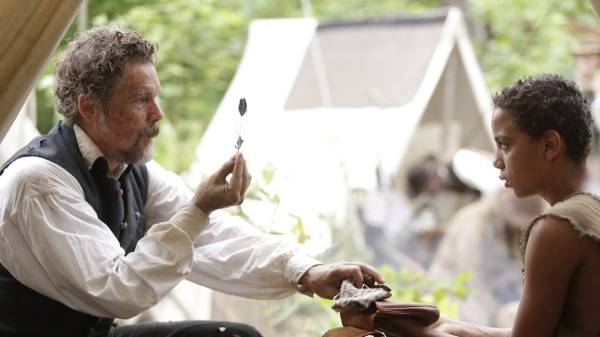 I think we’re appreciating it in the moment, but there are catalytic moments that keep us going. And I would bank on the fact that we’ll have a celebratory moment at the end when we crown a champion. I think that’s when I think my personal emotion, team emotion, all those things will kind of really come out. And then getting back home to my family as well. Just for completing the mission. Yeah, completing the mission.

Anything you can say about next season and your hopes?