The best horror movies of 2022 so far, according to critics

in Entertainment
Reading Time: 12min read
A A

The best horror movies of 2022 so far, according to critics

A woman with short black hair wearing a gray coat looking seriously into a mirror.

2022 is shaping up to be a banner year for horror buffs.

Among the year’s spooky flicks include the return of legendary horror auteur David Cronenberg with the Viggo Mortensen-led “Crimes of the Future” and two Jordan Peele projects, the Daniel Kaluuya and Keke Palmer starrer “Nope” and animated “Wendell and Wild.” Viewers have also been treated to newcomers within the genre, including the advent of Jane Schoenbrun’s creepypasta-inspired film “We’re All Going to the World’s Fair” and the Finnish coming-of-age body horror tale “Hatching” from Hanna Bergholm.

Meanwhile, jumpscare mastermind Ti West made plenty of waves in this year’s horror selection with not one but two slashers led by Mia Goth: the ’70s horror-inspired “X” and its prequel, “Pearl,” which puts a sinister twist on Hollywood’s golden age. But which scary movies are the best of the year yet?

To identify the 25 best horror movies of the year so far, Stacker looked at all horror movies on critical review aggregator Metacritic with a 2022 release date and ranked the top 25 according to Metascore. Ties were broken by the number of films that each film received.

So pop some popcorn, sit back, and read on to figure out which of 2022’s horror films are most worth your time.

You may also like: 100 best fantasy movies of all time 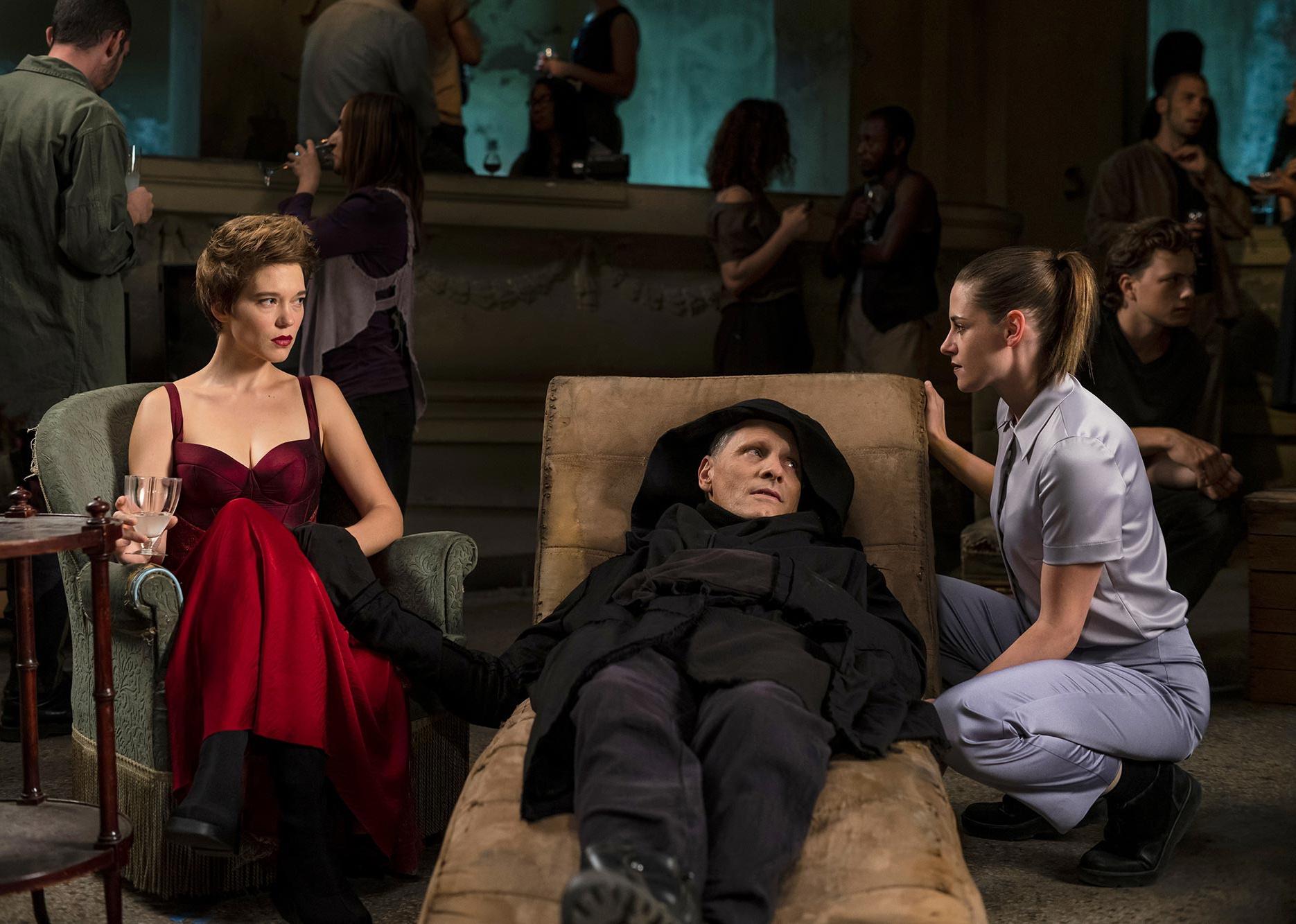 Body horror master David Cronenberg returned after an eight-year hiatus with this year’s “Crimes of the Future.” The film takes place in a bleak, futuristic world where humankind has undergone strange biological changes, including the disappearance of physical pain. Viggo Mortensen stars as Saul Tenser, a man who regularly grows new organs, which are then tattooed and removed by his partner, Caprice (Léa Seydoux), as performance art. 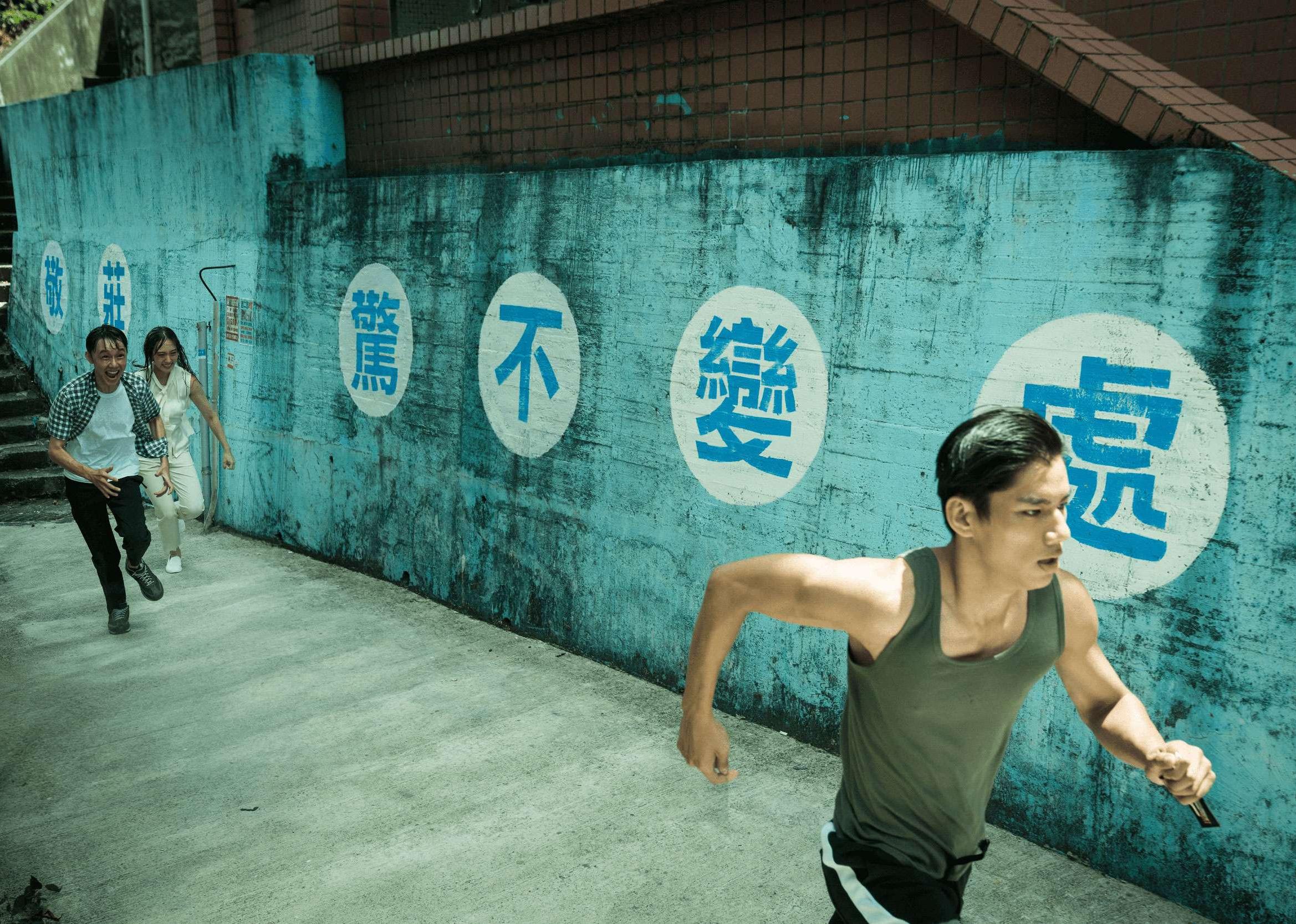 Three people running scared in front of a turquoise wall

Pandemic-related horror hits harder than ever after the last few years, and “The Sadness” is no exception. In this movie, Taiwan is engulfed by a pandemic that turns ordinary citizens into blood-thirsty maniacs—yes, basically zombies. Berant Zhu and Regina Lei play Jim and Kat, a young couple struggling to avoid infection at all costs. 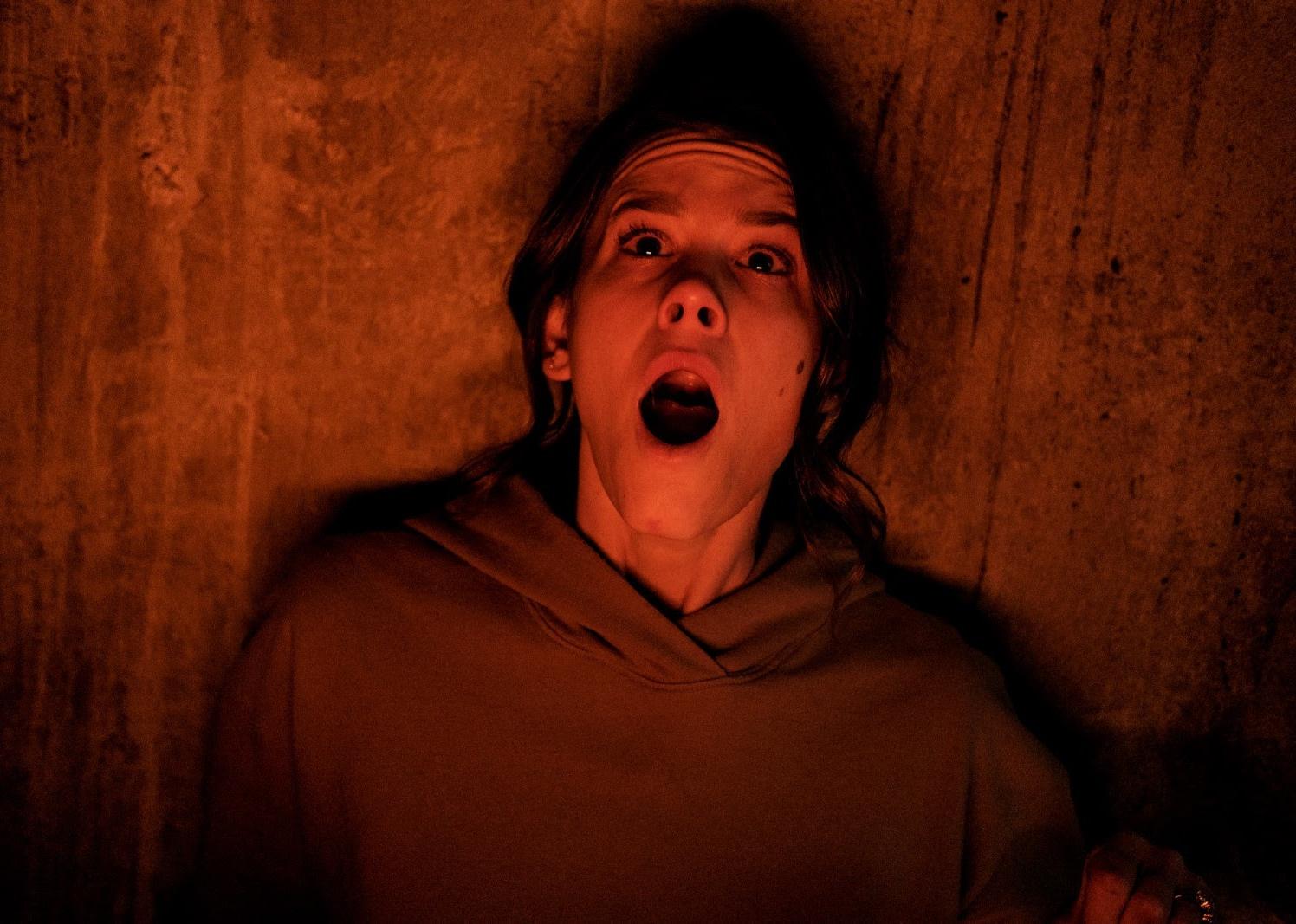 A young woman in terror under a red light

As the title suggests, having something to smile about in your life isn’t always a good thing. Sosie Bacon stars as a therapist who goes through an increasingly bizarre experience after witnessing a patient’s suicide—and yes, it involves a lot of sinister smiling. The film has gained attention for its effective jumpscares and homages to J-Horror films like “Ringu” and “Cure.” 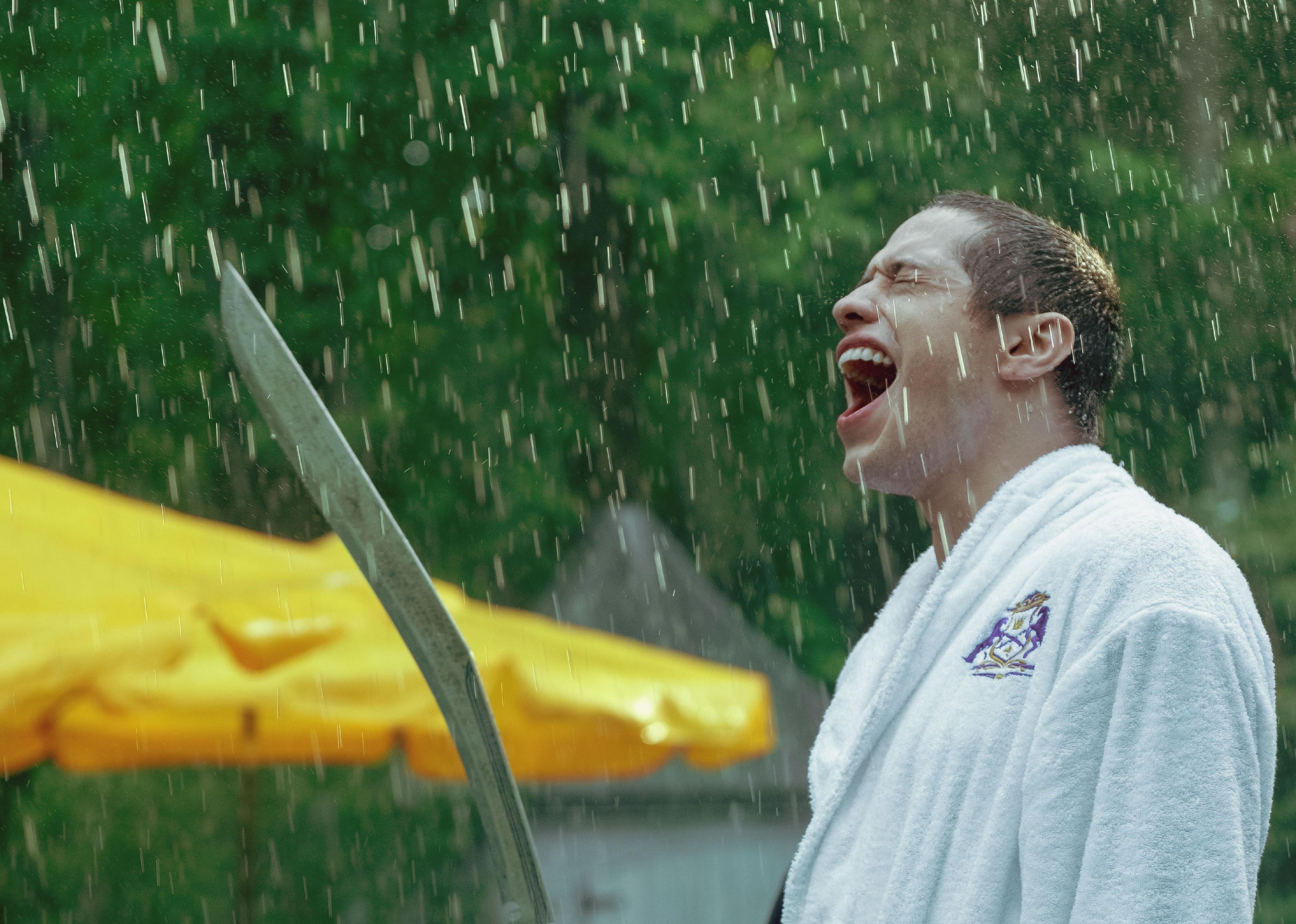 Part horror movie, part whodunit, part Gen-Z satire, “Bodies Bodies Bodies” squeezes a lot into its 94-minute runtime. Mixing stars like Pete Davidson and Lee Pace with promising talents Rachel Sennott and Amandla Stenberg, the film follows a group of rich 20-somethings whose plan to ride out a hurricane at a family mansion goes awry when a murder mystery game yields actual carnage. Charli XCX even made a song for it, so there’s that. 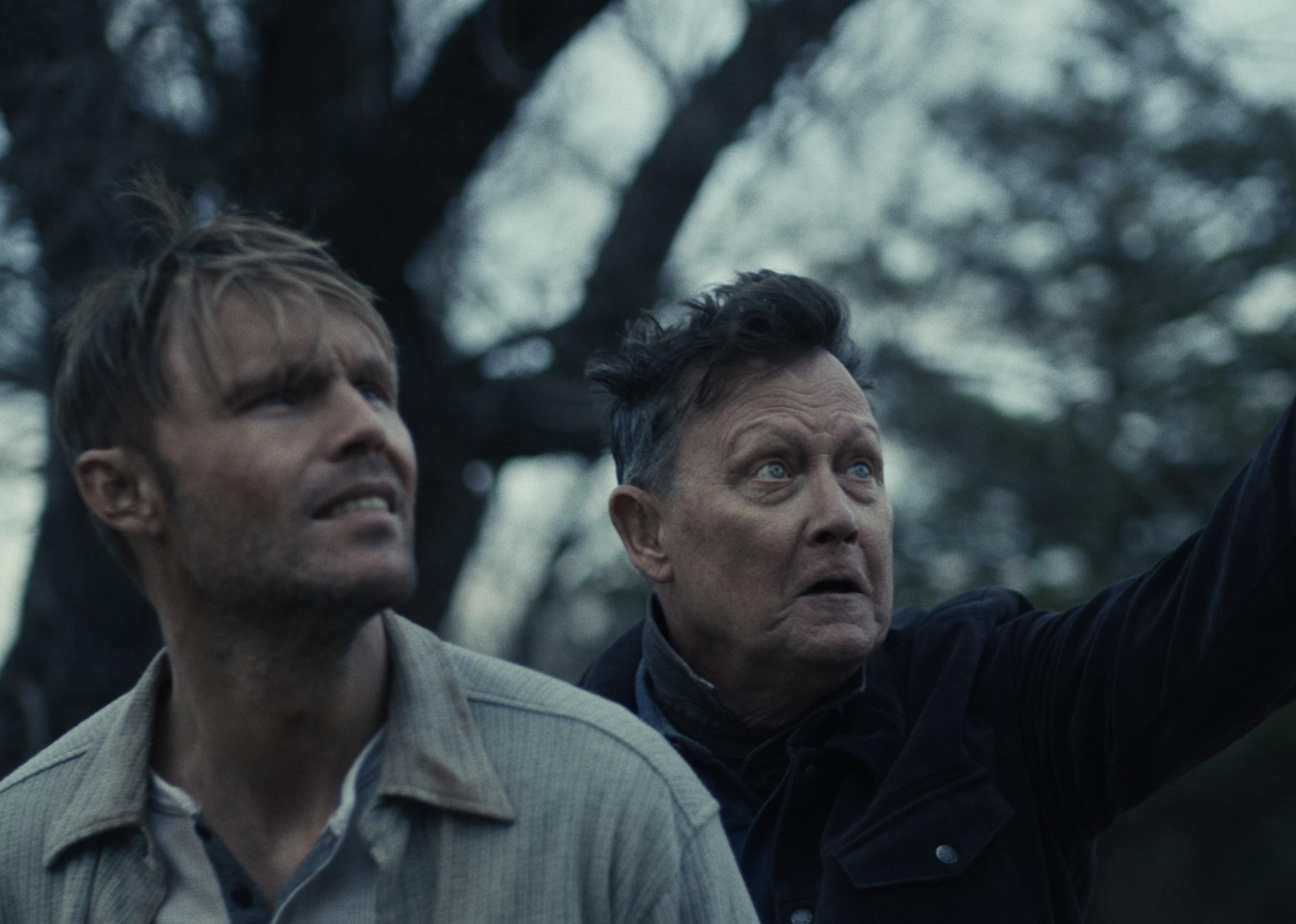 Two men looking up at the sky, one of them pointing at something

We could always use more intriguing Southern Gothic horror, and “What Josiah Saw” answers that call. The film opens two decades after an estranged family split apart over past traumas. Now, they’ve reunited at a remote farmhouse in an attempt to reconcile before everything naturally descends into chaos.

You may also like: Famous movie quotes from the year you were born 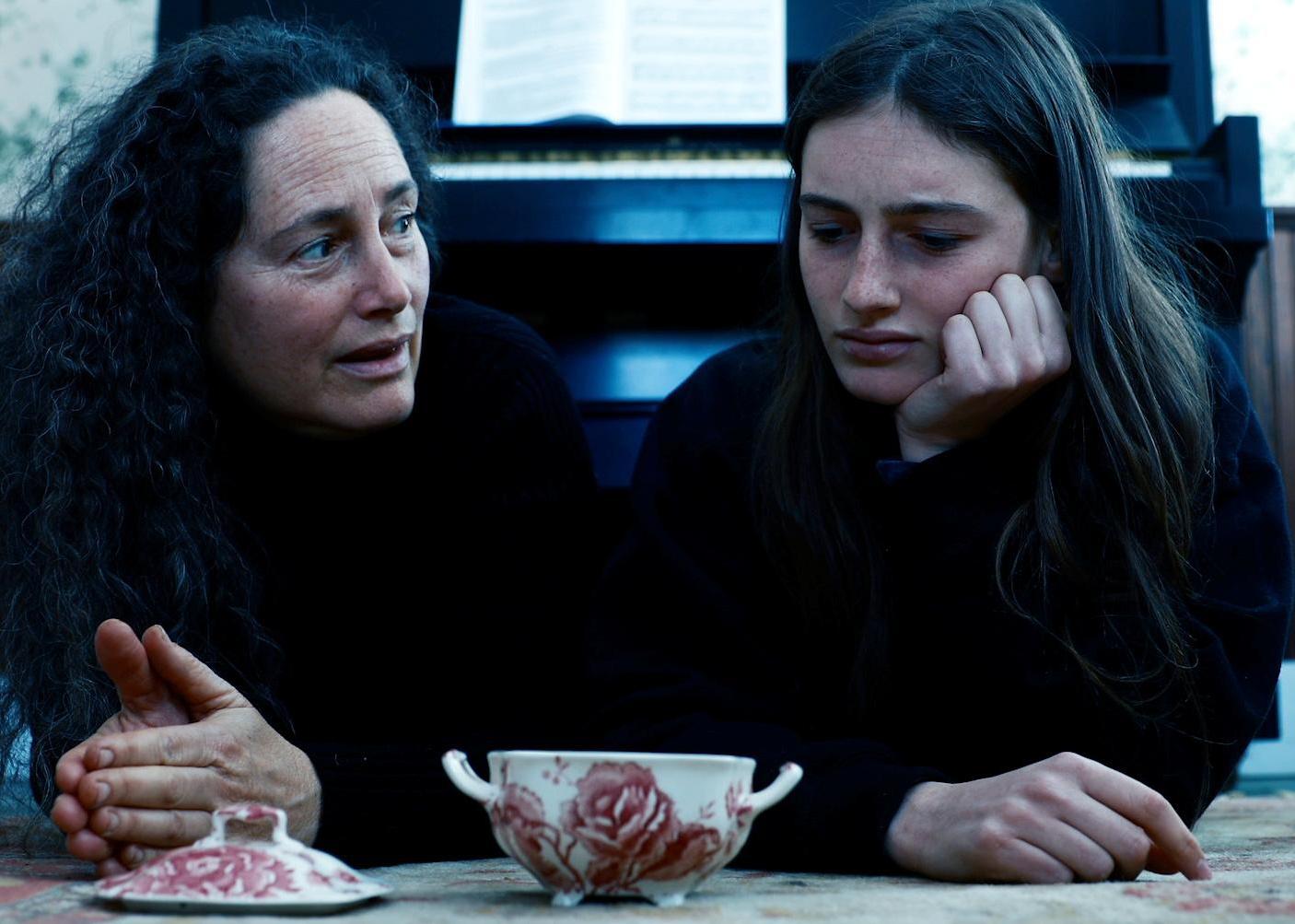 “Hellbender” has a mother-daughter metal band and witches—what more could you want? Toby Poser and Zelda Adams star as Mother and teen daughter Izzy, respectively, whose relationship becomes strained when a chance meeting with a fellow teenager encourages Izzy to dig into her own dark family history. Making the film was a family affair: Zelda and Lulu Adams are Poser and John Adams’ own children, and many of the scenes were improvised. 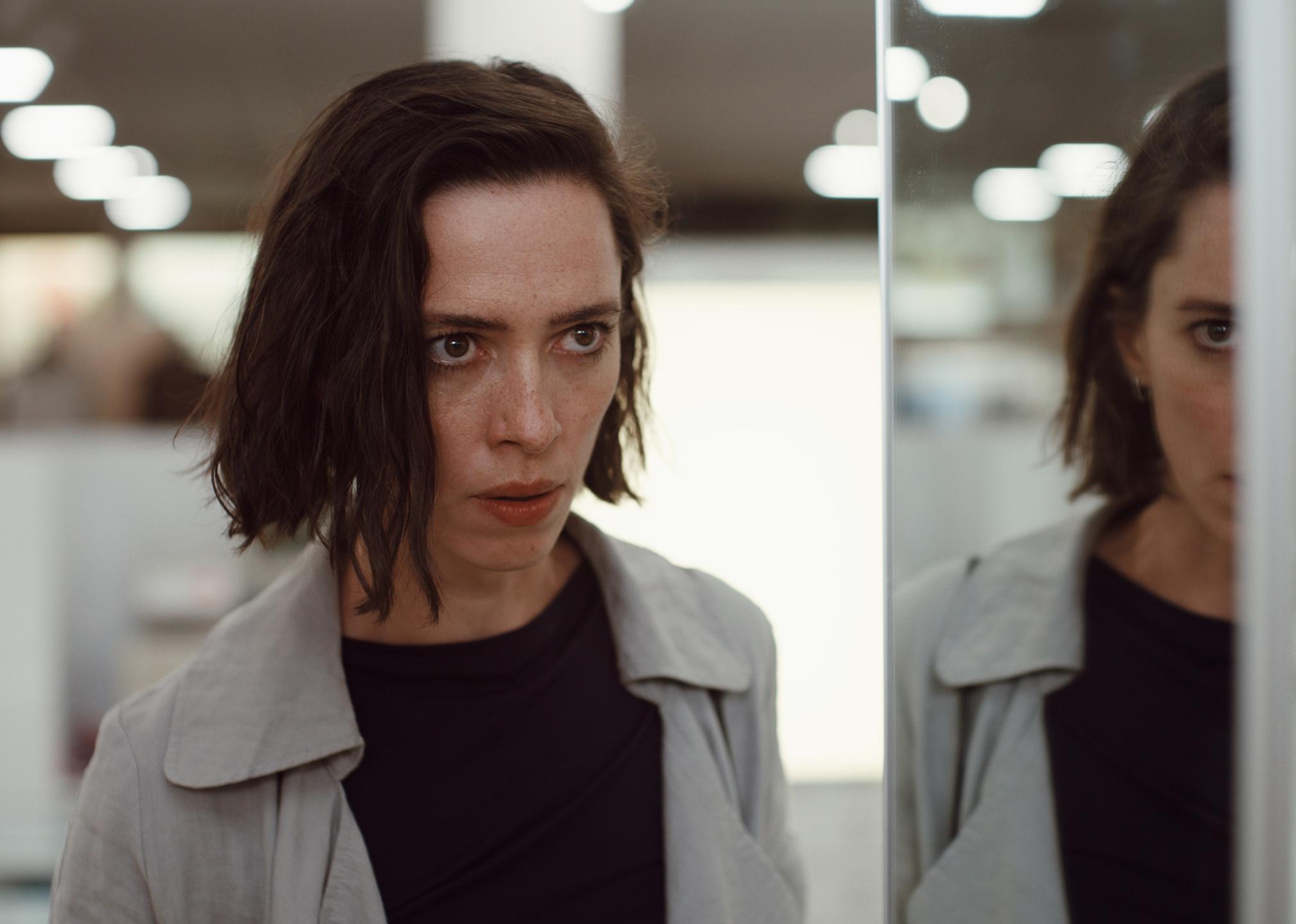 After starring in last year’s “Night House,” actress Rebecca Hall made her return in “Resurrection.” Here, she plays Margaret, a woman seemingly plagued by her abusive ex-boyfriend (Tim Roth). Both leads turn in committed performances, even as the film’s third act veers into nutty nightmare territory. 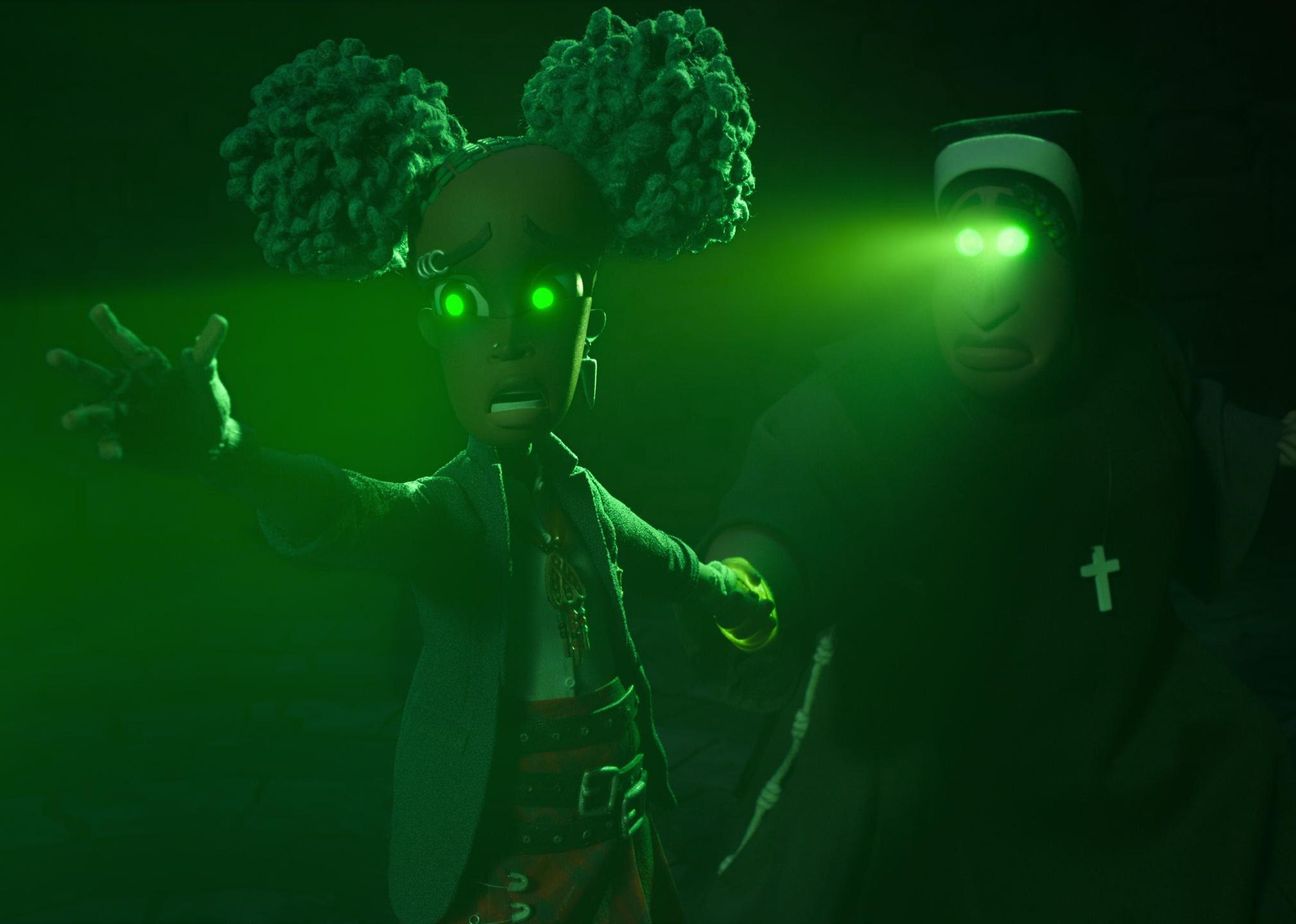 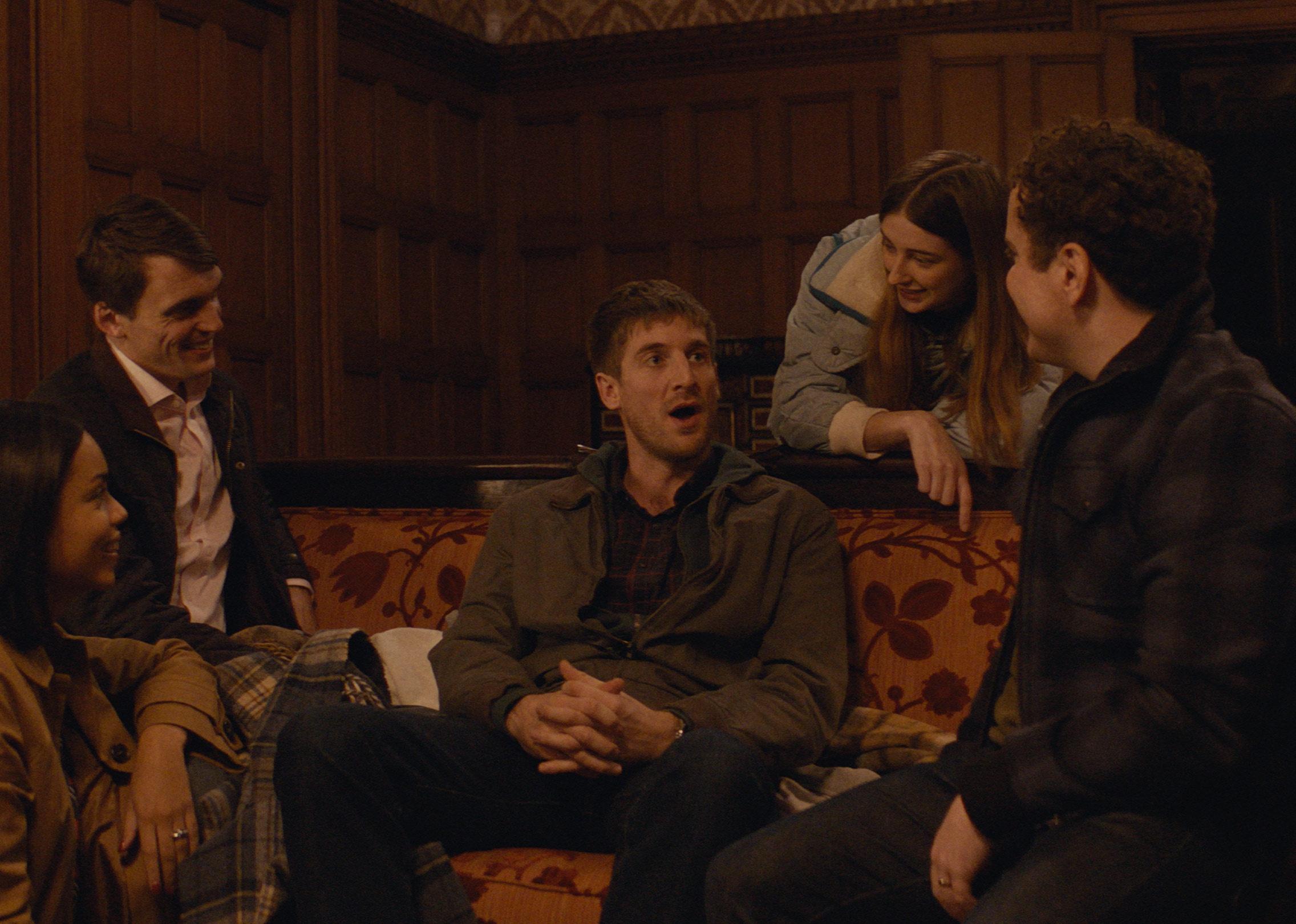 A man sitting on a couch surrounded by people smiling

In this “scary-funny” British satire, reformed jerk Pete (co-writer Tom Stourton) is cautiously excited to spend a birthday weekend with his college friends and prove how much he’s changed. But when his pals begin turning against him, he becomes fearful for his life. Is he narcissistic and paranoid, or genuinely in mortal peril? 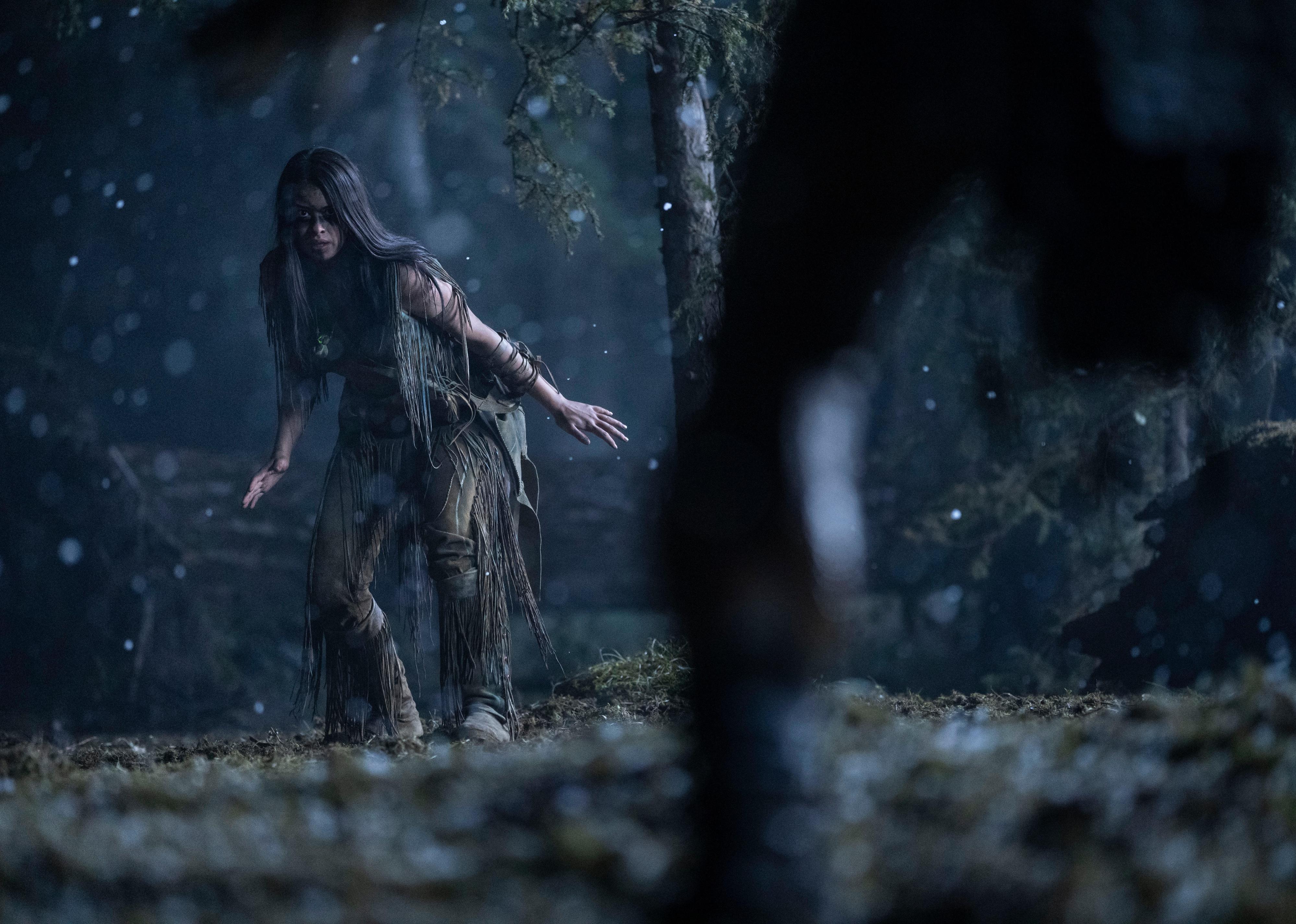 A young Comanche girl ready to take on a Predator

The latest installment in the “Predator” franchise jumps back to 1719 North America, where Comanche warrior Naru (Amber Midthunder) must defend her people from a bloodthirsty alien threatening their very means of survival. Midthunder emerged as a breakout star, with numerous critics praising the film’s Indigenous representation and noting that it’s one of the series’ strongest entries to date.

You may also like: Can you guess which iconic movie these scenes are from? 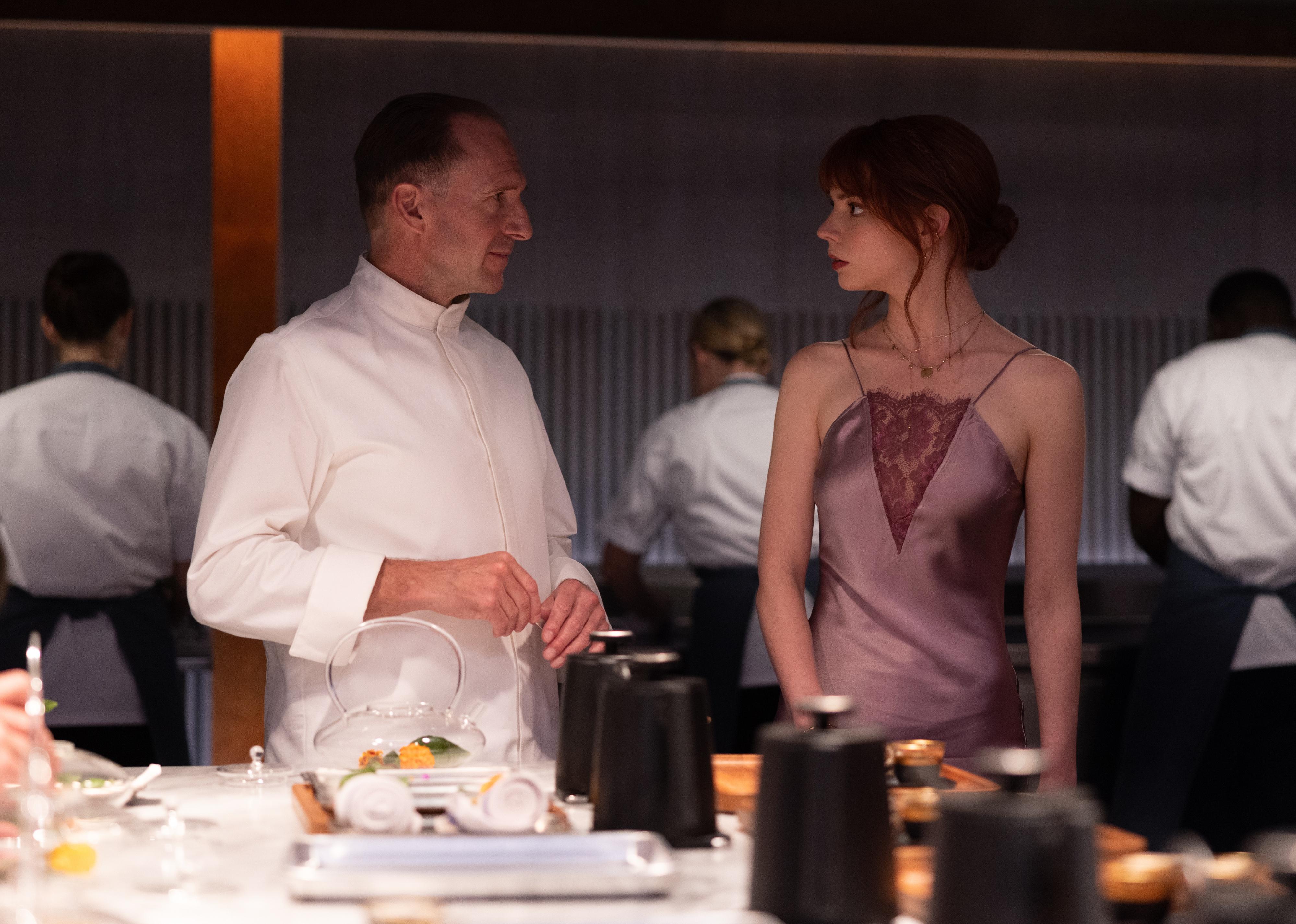 In this darkly comedic class commentary from frequent “Succession” and “Game of Thrones” director Mark Mylod, young couple Margot (Anya Taylor-Joy) and Tyler (Nicholas Hoult) journey to a remote island to dine at a celebrity chef’s lavish restaurant. However, their culinary delight soon turns to horror as they discover the sinister forces behind their fine dining. The film’s ensemble cast includes Ralph Fiennes, Hong Chau, and Aimee Carrero. 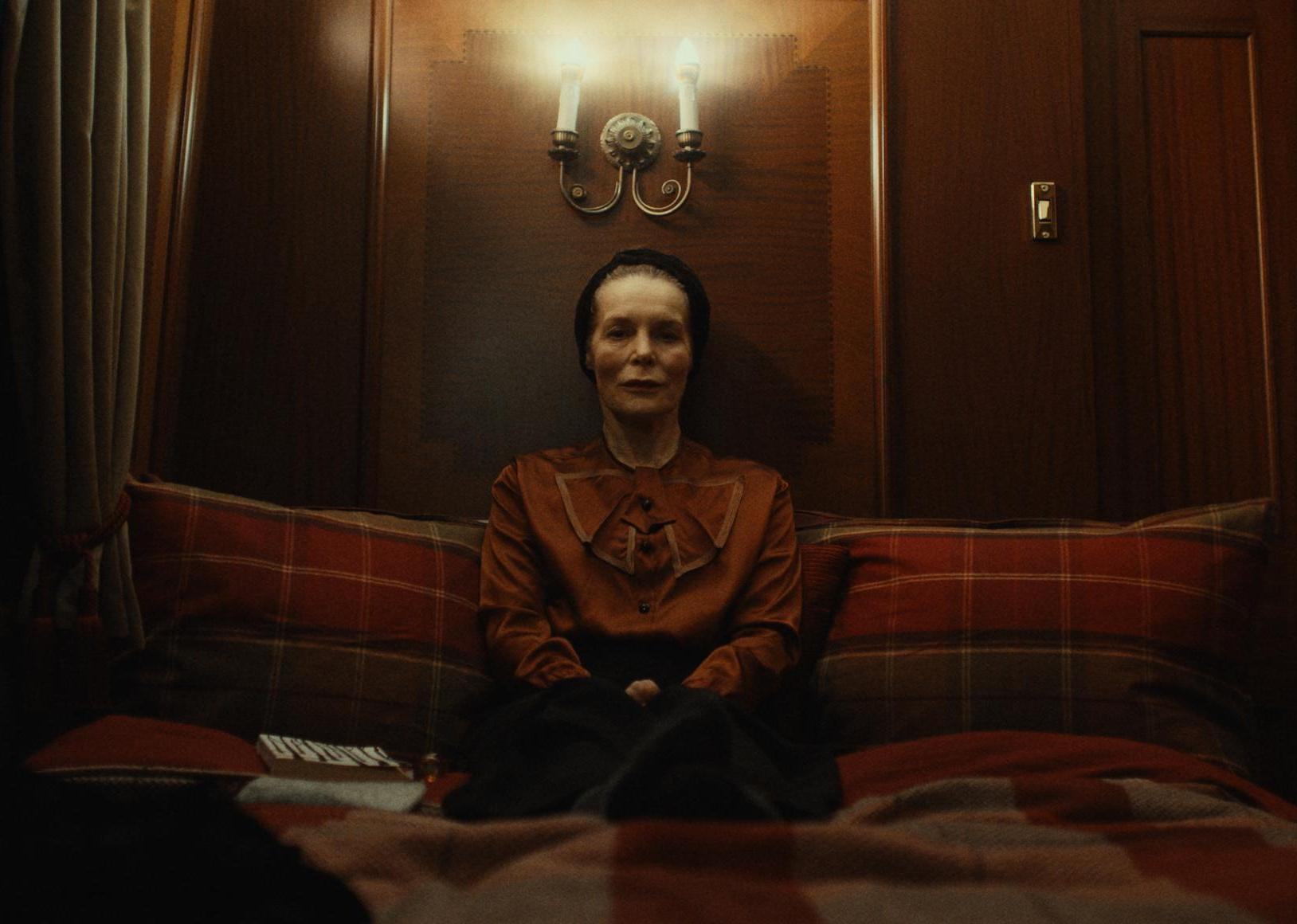 After undergoing a double mastectomy, “She Will” protagonist Veronica (Alice Krige) visits the Scottish countryside to heal. There, the aging movie star stays at the site where women were once burned as witches hundreds of years earlier. Soon enough, their spirits compel her to enact revenge for them within her own dreams. 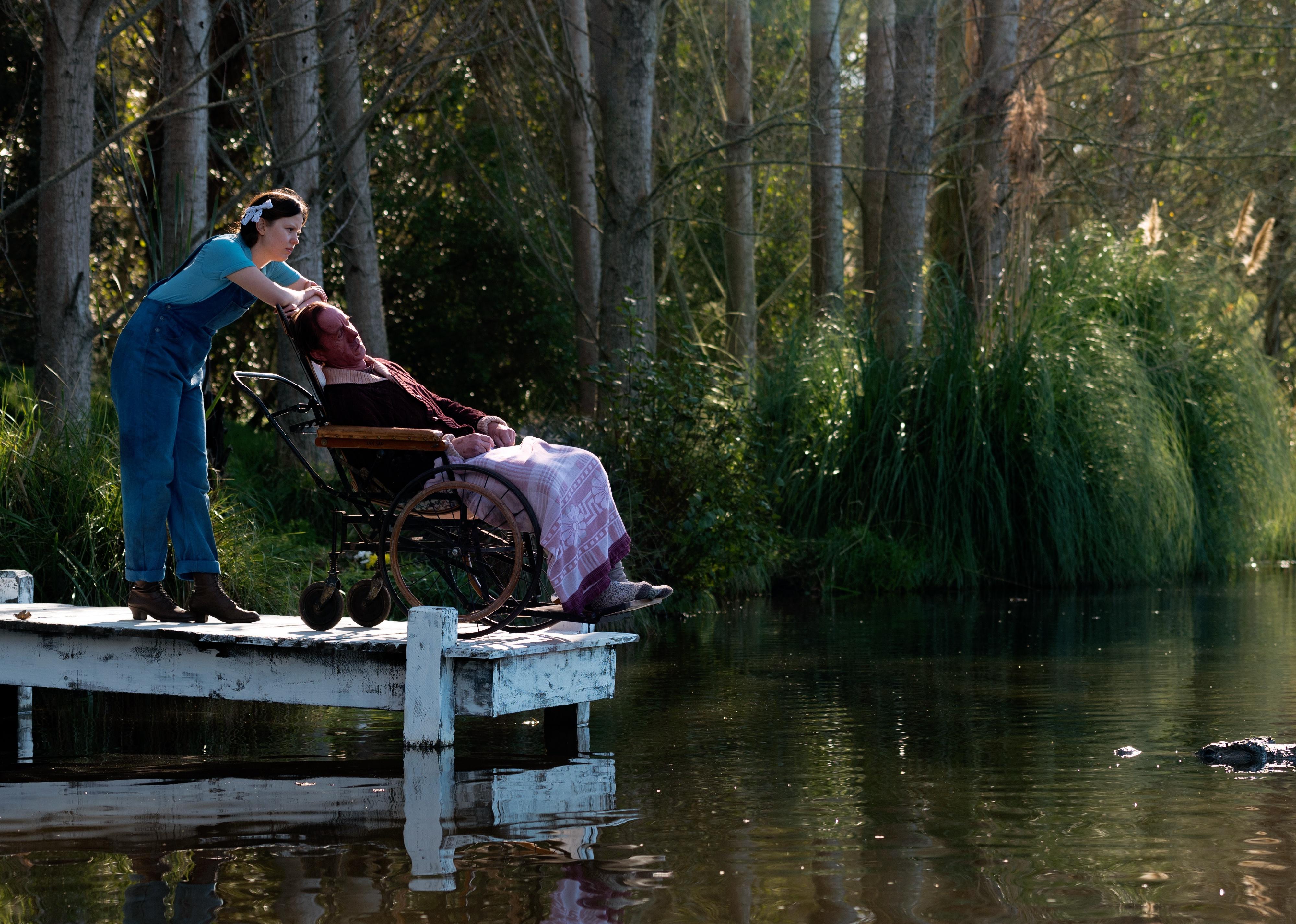 This prequel to Ti West’s “X” tells the origin story of the villainous Pearl (Mia Goth), a Texas farm girl whose dreams of stardom curdle into bloody violence. The film notably drew from several golden age Hollywood films, including “The Wizard of Oz” and “Mary Poppins.” A sequel to “X” and “Pearl,” titled “MaXXXine,” is in the works. 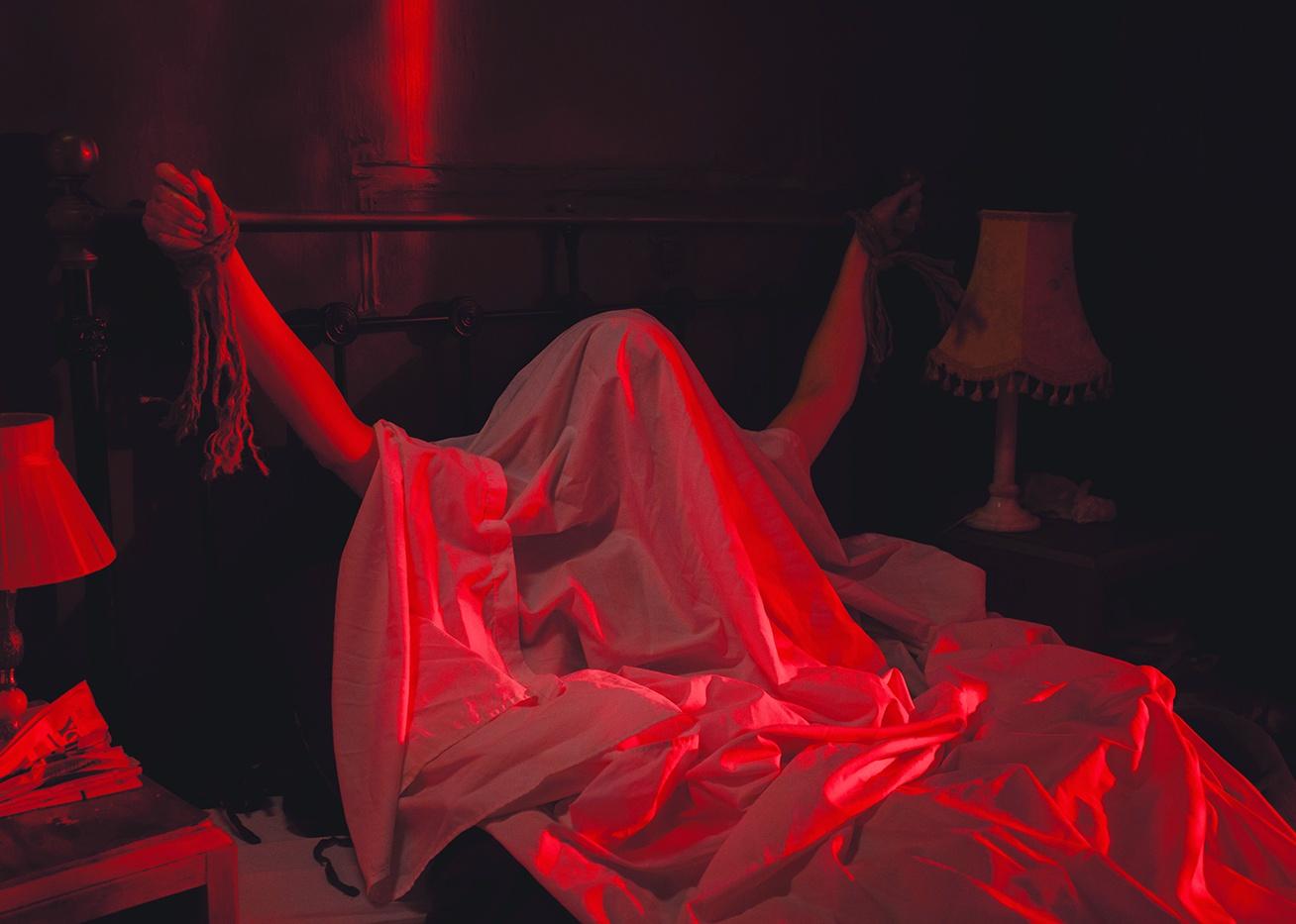 Hazel Doupe stars in this Irish horror film as Char, a young woman who comes into conflict with her grandmother (Ingrid Craigie) after Char’s own mother, Angela (Carolyn Bracken), goes missing. When she returns with what seems like a completely different personality, all three generations of women are forced to contend with the inherited trauma they all share. 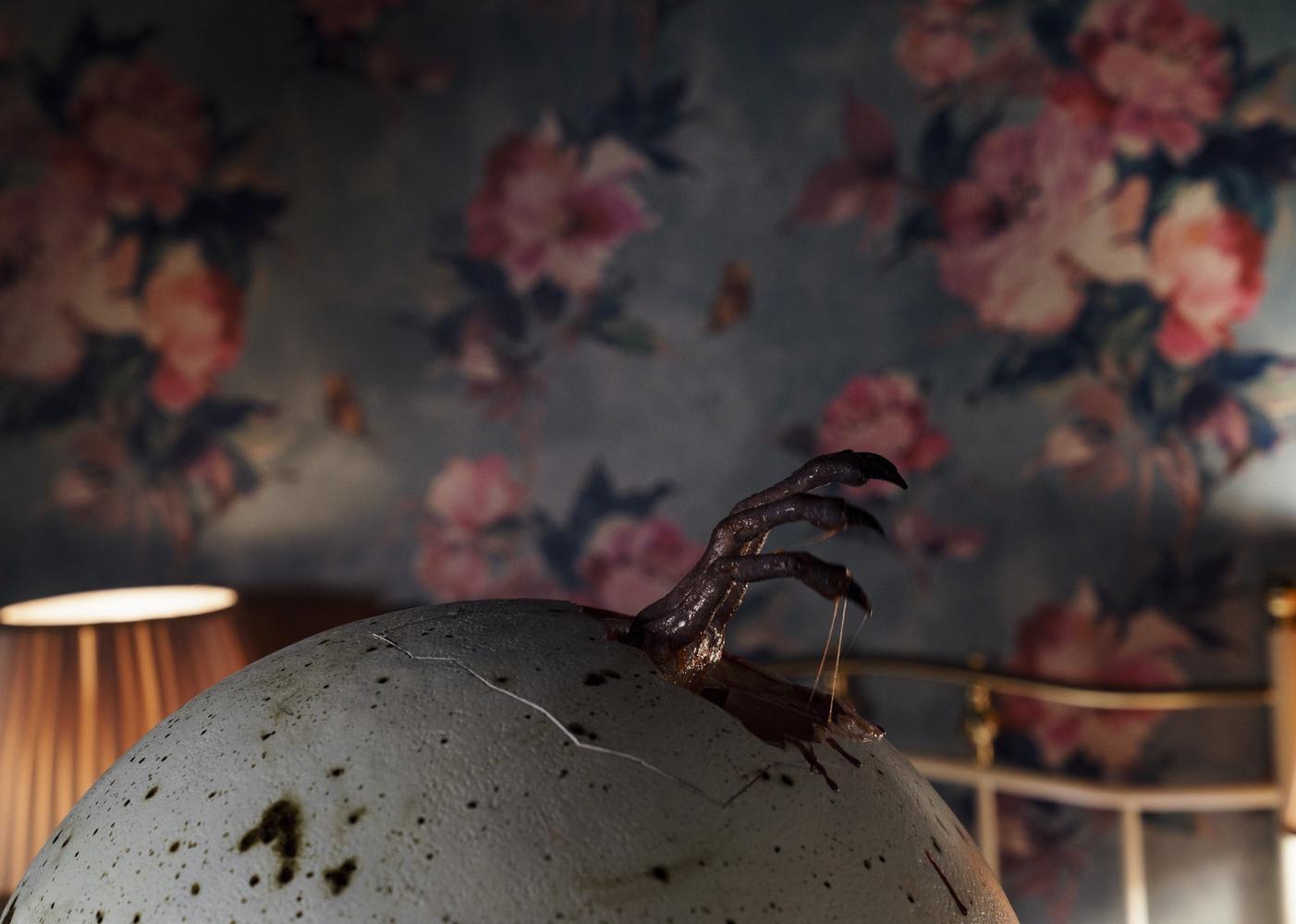 “Hatching” follows young Finnish gymnast blogger Tinja (Siiri Solalinna), who lives under the scrutinous gaze of her content creator mother. Things change when Tinja brings home a mysterious egg that eventually hatches and becomes her doppelgänger in revelatory, dangerous ways. The film received general praise from critics for its genre exploration of the repression and societal expectations young girls endure during adolescence.

You may also like: Most widely watched but universally hated movies of all time 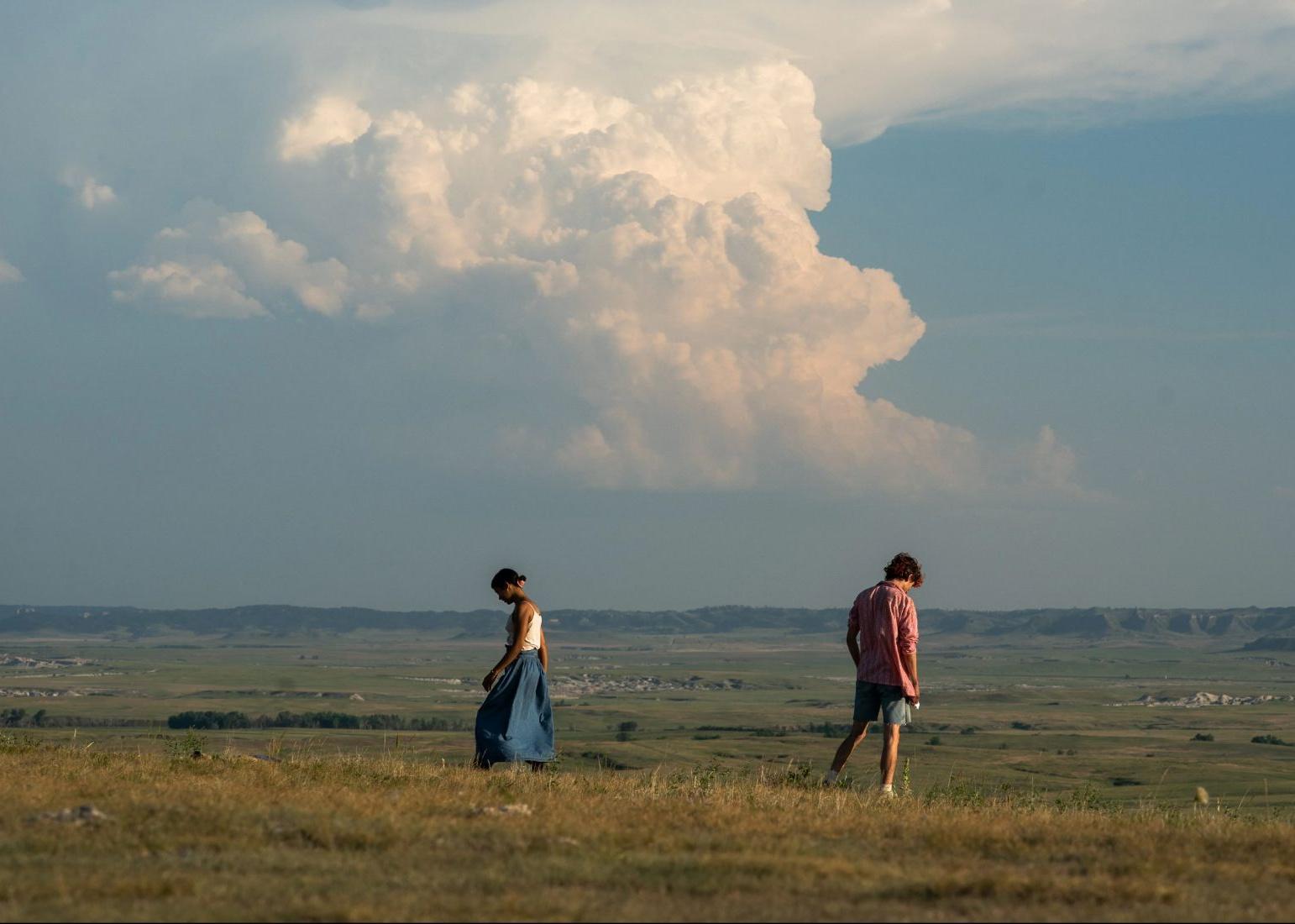 A young man and woman walking out on a hillside 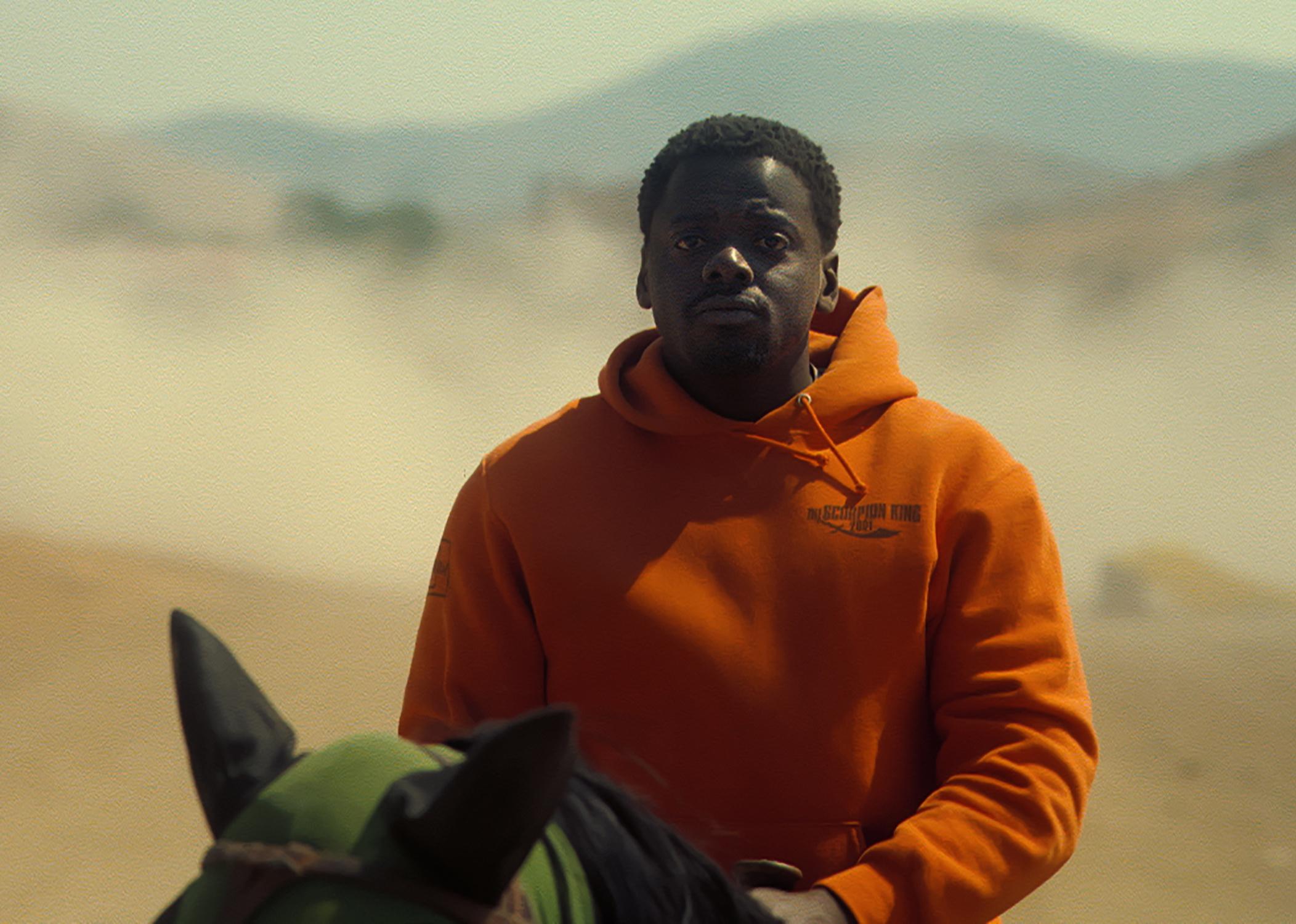 Daniel Kaluuya riding a horse in an orange hoodie 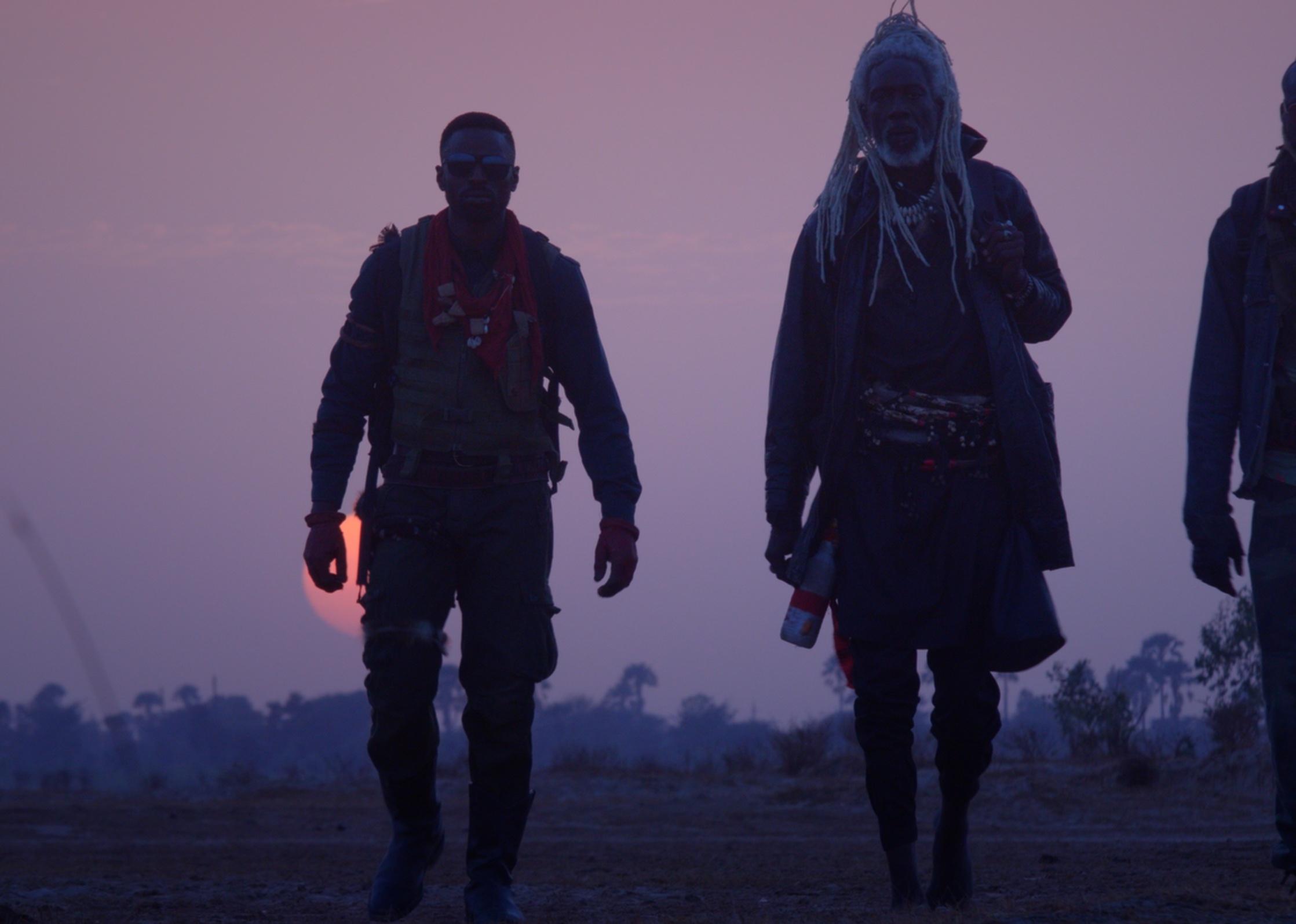 This Senegalese horror-thriller centers on the Hyenas, a mercenary trio who find themselves shot down after extracting a drug dealer and his gold amid Guinea-Bissau’s coup d’état. Variety‘s Richard Kuipers praised “Saloum,” noting that it “freely mixes and marries the cinematic languages of spaghetti Westerns, samurai dramas and classic monster movies to tell an exciting and distinctly African story.” 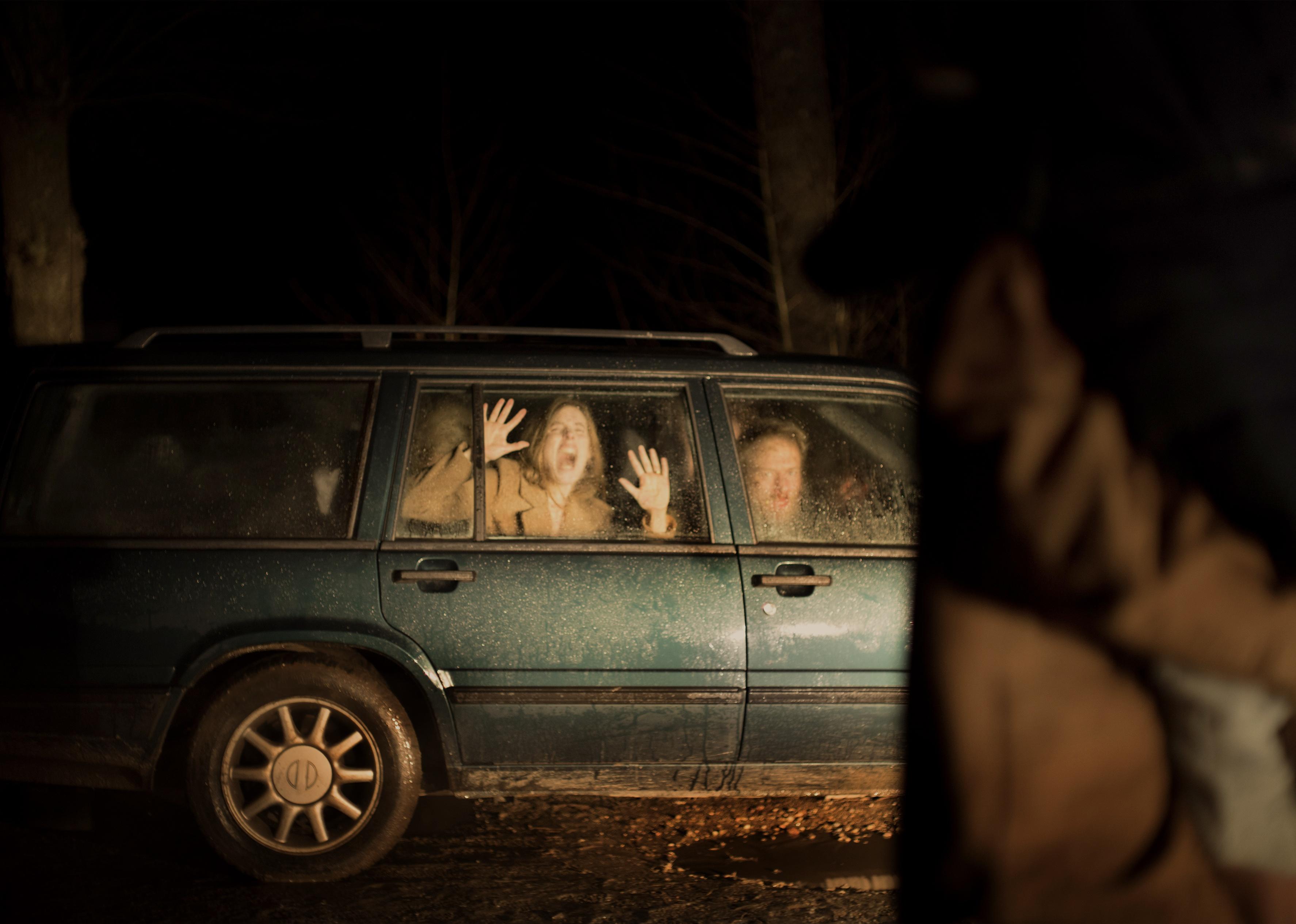 People screaming in horror in a volvo wagon

Rule number one of horror movies: Do not go to someone’s remote country home. That rule of thumb is lost on the central couple in “Speak No Evil,” played by Morten Burian and Sidsel Siem Koch, who agrees to spend a weekend with the Dutch friends they met on vacation at their getaway home. Suffice it to say, tensions shoot sky high. New York Times critic Jeannette Catsoulis called the film “an icy satire of middle class [mores]” that is “utterly fearless in its mission to unsettle.” 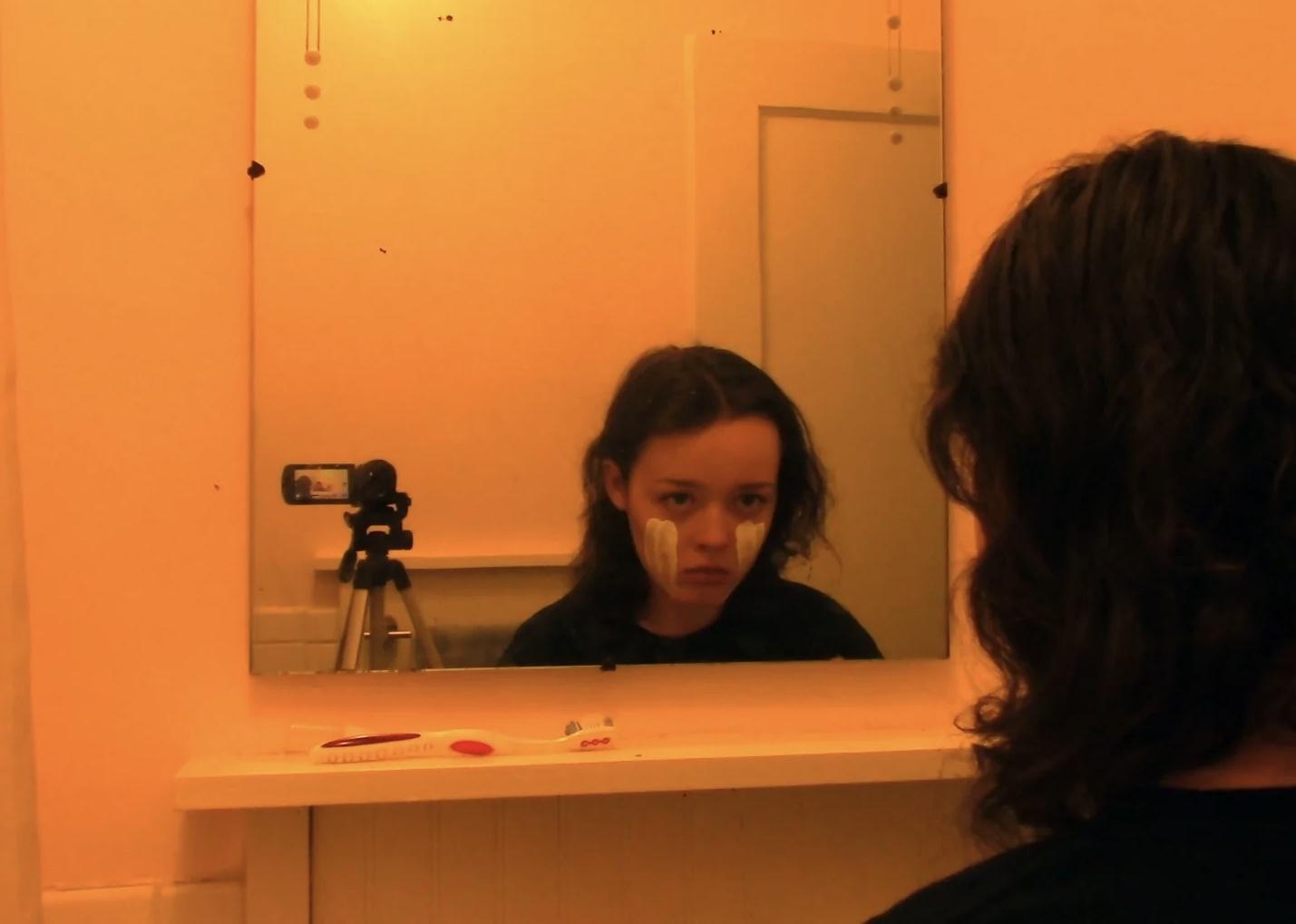 “We’re All Going to the World’s Fair” takes on the terror of internet creepypastas as teenage Casey (Anna Cobb) becomes immersed in an online role-playing horror game, and the lines between fiction and reality begin to blur in strange ways. Director Jane Schoenbrun has confirmed that the film seeks to explore gender dysphoria and trans coming-of-age narratives through horror. 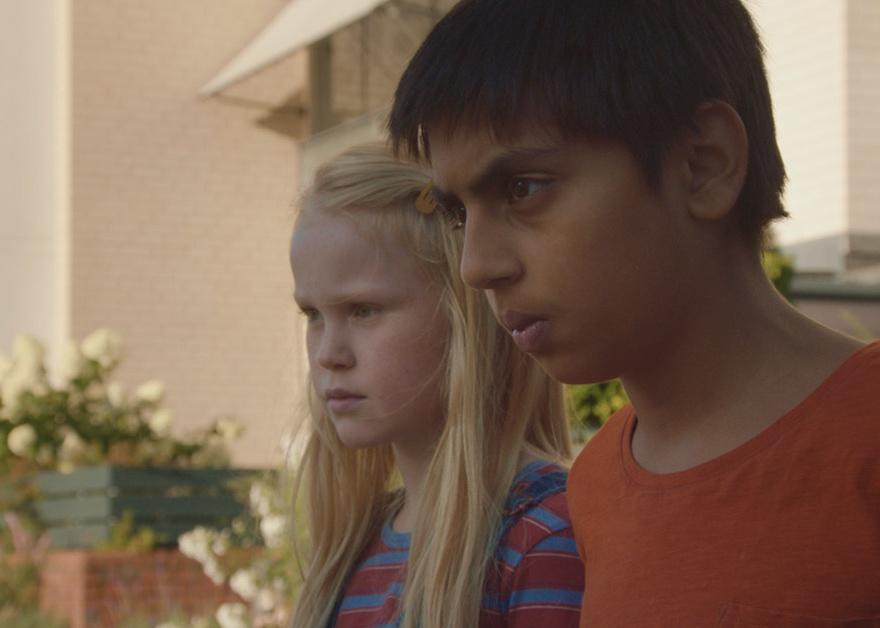 During “The Innocents,” an idyllic summer day turns sinister when several young children demonstrate dark, unnatural powers as soon as their parents turn their backs. Jessica Kiang praised the film in her review for Variety, calling it “both a satisfying genre exercise and a minute observation of the process by which young children acquire morality.” 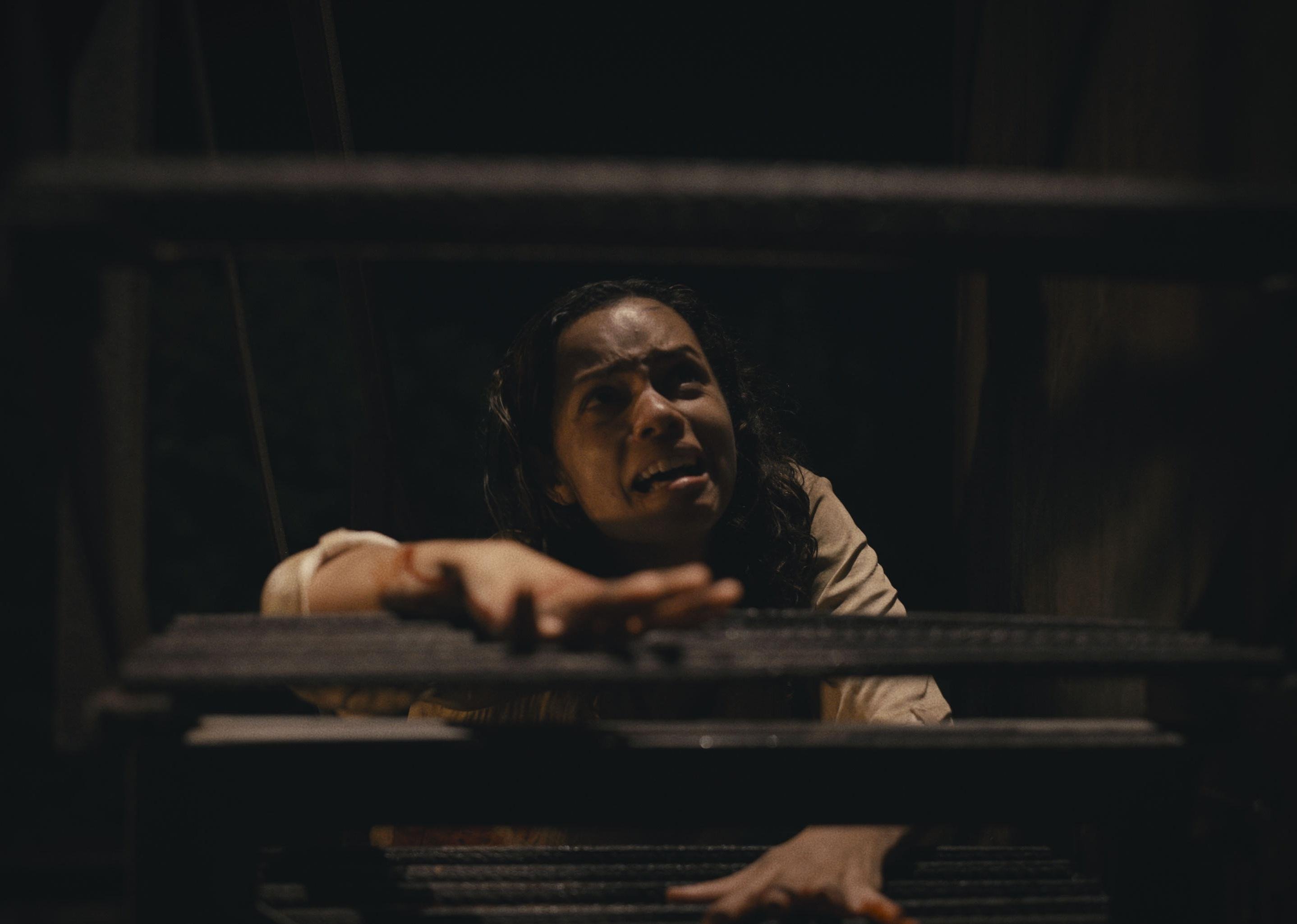 “Barbarian” opens with a truly modern horror scenario: A young woman named Tess (Georgina Campbell) arrives at an Airbnb late at night, only to find it double-booked with someone else (Bill Skarsgård)—yes, the man who once depicted Pennywise the clown in “It.” However, when Tess uncovers something disturbing in the rental home’s basement, the movie takes a dark turn as a series of twists reveal the house’s violent history. Truly, go in knowing as little as possible. 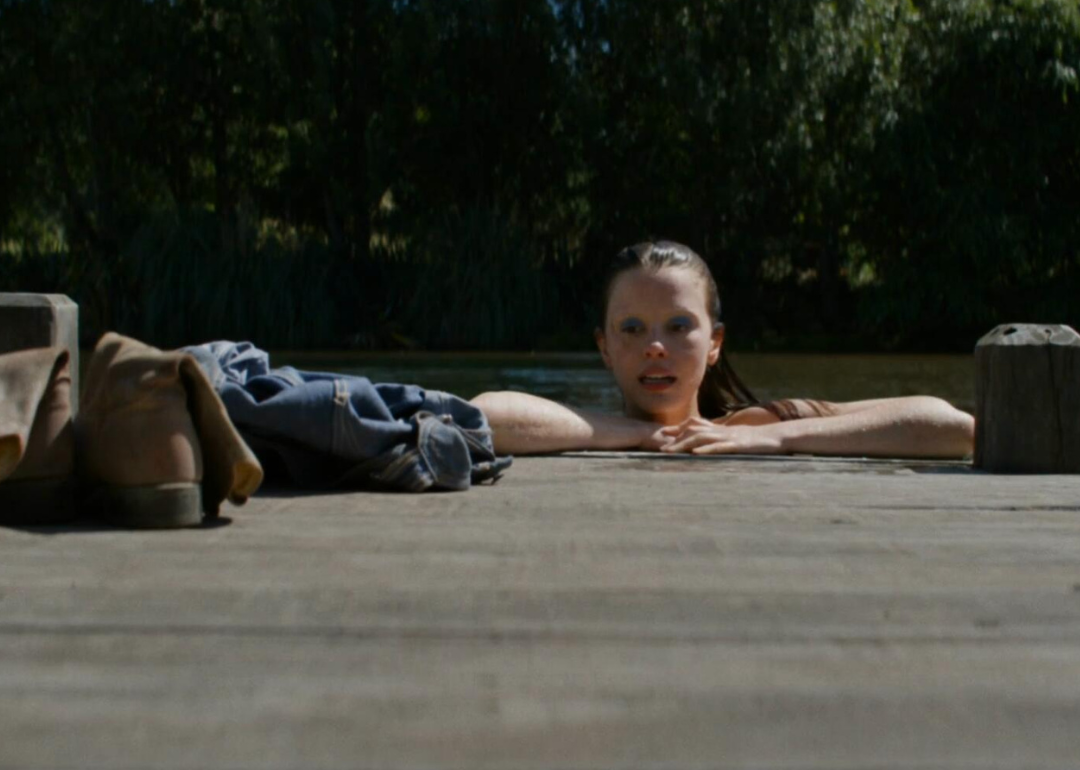 In this ’70s horror pastiche, a ragtag crew of actors set out to make an adult film at a rural Texas farmhouse. But when its elderly owners find out, the group finds itself in an unexpected fight for their lives. Mia Goth plays the dual roles of heroine Maxine and the haggardly villain Pearl, who received a prequel origin story in Ti West’s other 2022 entry “Pearl.” 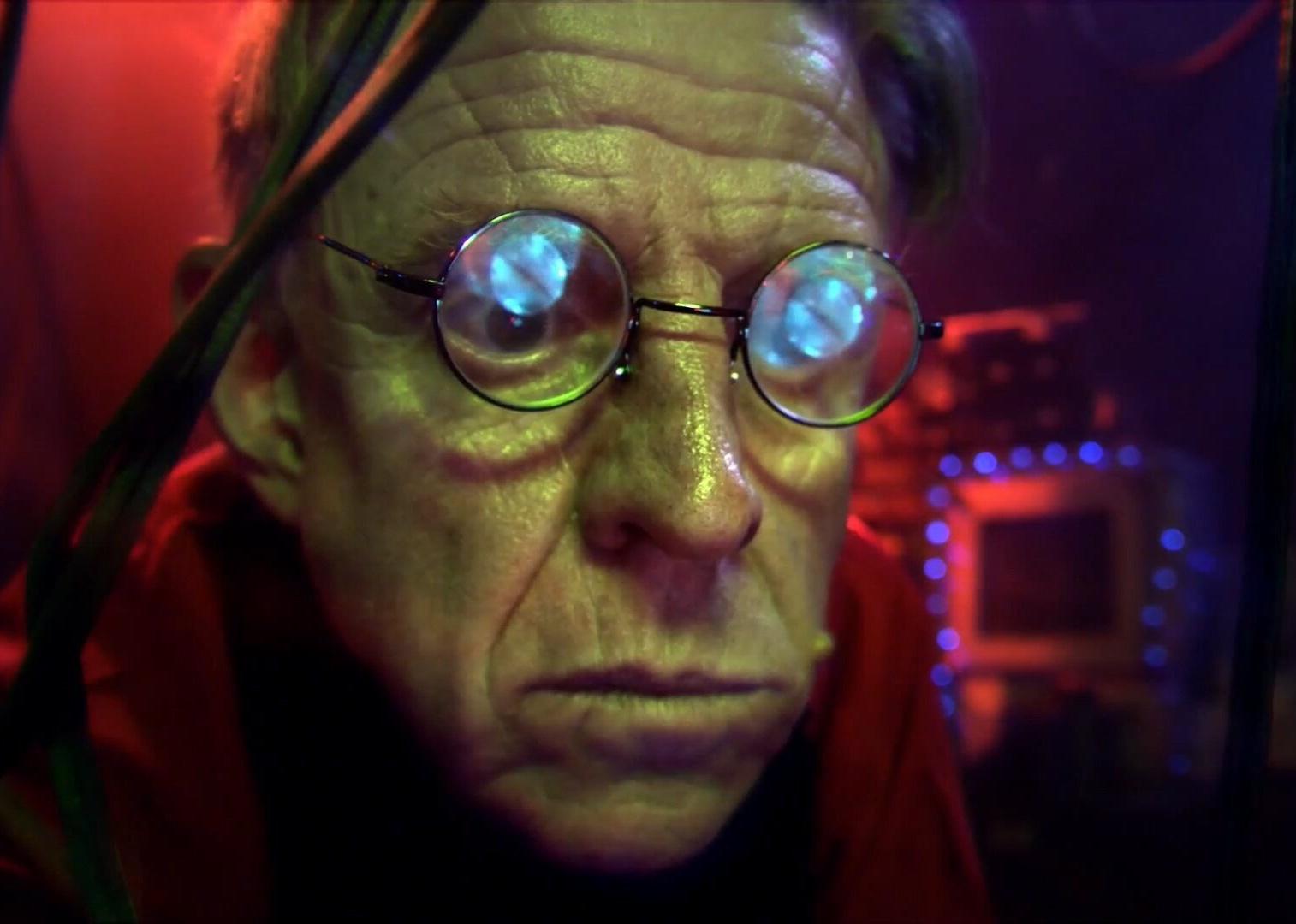 An old man wearing round glasses looks closely at something

It’s not often that you can say a horror film is 30 years in the making, but that’s exactly the case when it comes to “Mad God.” In this stop-motion horror film, a figure known as the Assassin must descend into a hellish pit and take on monsters and titans. Director Phil Tippett first started working on “Mad God” while working on “RoboCop 2” and “Jurassic Park” in the ’90s. 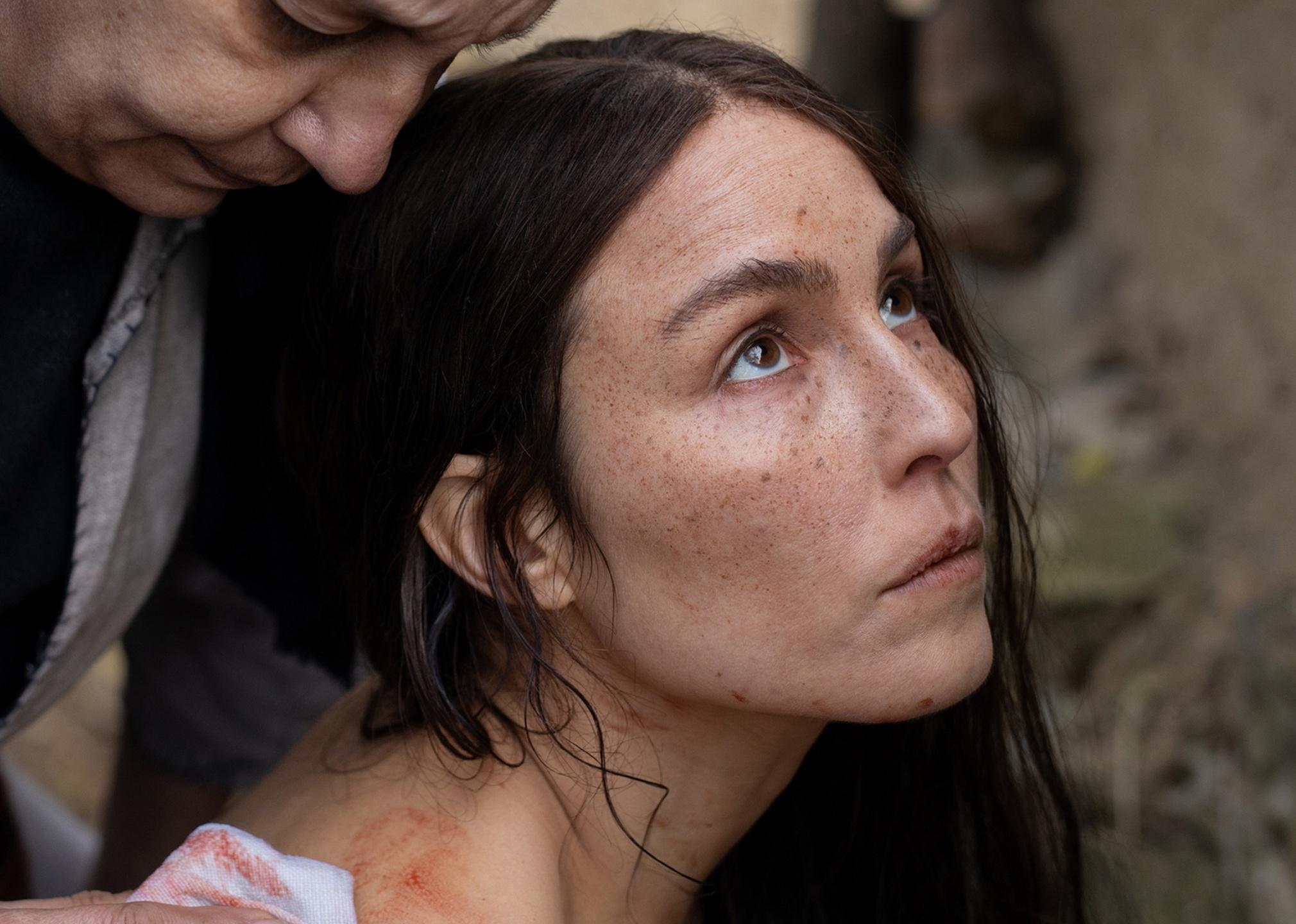 “You Won’t Be Alone” puts a new spin on witches, following peasant girl Nevena (Sara Klimoska) in 19th-century Macedonia as she’s kidnapped and turned into a shapeshifter by a witch. The girl gets an unexpected chance to live in human society, but the witch’s jealousy threatens to put her new life in mortal peril.

You may also like: 100 best international movies of all time

‘At the end of the day, we’re just bikers.’ Experiencing community and Black joy at the Midwest Motorcycle Bike Night