I have been intrigued by the NFL playoffs and fascinated by the league-sponsored commercials that feature African Americans speaking about the need for equal access and social justice.

The irony of the commercials is that one of the great injustices is taking place within the very league that supports these messages. I’m talking about the NFL’s chronic failure to consistently hire African Americans as head coaches.

This failing illuminates the league’s enormous challenge as it assumes the daunting task of leveling the playing field when it comes to hiring Black coaches. The task involves overcoming decades of systemic racism, exclusion, entitlement and privilege. As the new hiring cycle begins and teams look to fill eight coaching vacancies, the NFL has hit a new low: Only one of the league’s 32 teams has a Black head coach.

I have written about this issue for decades and compared notes with colleagues. The names have changed, but the system has not. Indeed, covering the NFL’s racial blind spot has become an annual ritual, one that highlights the league’s unique ability to compartmentalize: It can support social justice initiatives even as it maintains a strict, predominantly white hierarchy that runs the league.

The reality is that the NFL’s coaching cycle is like a merry-go-round. If the pattern holds to form, one, two, maybe three Black coaches will be hired during the current hiring cycle. In a future cycle, the number may go up to seven. Then in a few years, the number will shrink to three or four. In the meantime, there will be numerous conversations and committees bringing owners and players together to solve every problem but their own.

There are myriad complex dimensions to the hiring issue, but it boils down to white owners and executives refusing to tap into an ever-expanding Black talent pool. Instead, they hire men who look like them and with whom they feel comfortable. Meanwhile, the teams make one mistake after another. And getting it wrong costs money. According to a former NFL executive, failed hires cost the league an estimated $100 million a year in salaries that must be paid. The Urban Meyer debacle in Jacksonville cost the organization an estimated $60 million.

That number will likely increase with the latest rash of firings. So, how do we stop this merry-go-round, dismantle the contraption and put it out of commission? Eventually, this will happen.

My sense of optimism that things will change is rooted in the fact that the NFL used to be this way with Black players. The league excluded African American players for decades, then kept their numbers in check by enforcing racial quotas. You couldn’t tell any of this by looking at the NFL in 2022, where between 69% and 70% of the players are Black.

That’s an extraordinary evolution, one brought about by need. The critical question is what do these percentages really mean? When will Black athletes who make up this majority play a more forceful role in changing the league’s hiring narrative? We saw in 2016 and 2017, when players took to kneeling and raising their fists, how much team owners hated to be embarrassed and publicly shamed. They scrambled to put out the fire. There’s something to be said for unified player power.

I’ll use an example from the college ranks. Last month, Notre Dame players all but forced the university to fill its head-coaching vacancy with Marcus Freeman, then the team’s defensive coordinator. Freeman is African American. According to several reports, Jack Swarbrick, the Notre Dame athletic director, had no intention of hiring Freeman when he began the search process. Swarbrick met with team captains simply to keep them in the loop and was surprised by how strongly they advocated for Freeman. After meeting with the larger team leadership group, which also strongly advocated for Freeman, Swarbrick, so the story goes, left the meeting believing that he could not hire another candidate and expect to keep the peace.

If college athletes can force the issue, why can’t NFL players, backed by the muscle of a players’ association?

One reason is that DeMaurice Smith, the outgoing executive director of the NFL Players Association, has refused to mobilize the league’s Black players around hiring issues with a persistence that borders on treason.

The other reality is that while most of the players are Black, a significantly smaller number of them care enough to take action. And, as a practical matter, most Black players in the NFL never played for a Black head coach in college. White coaches, Black players is the norm.

Putting more African Americans in positions of power and authority might also change the hiring dynamic. Once again, I’ll use the college ranks as an example. Last month, the University of Virginia announced that Tony Elliott, the former Clemson offensive coordinator, would be its new head football coach. Elliott, who had been passed over numerous times for head-coaching jobs, was championed by Carla Williams, UVA’s athletic director. Williams is a pioneer in her own right. In 2017, she became the first African American female athletic director at a Power 5 school. Williams hired Elliott because he’s talented. She was also not afraid to take a chance, to give a Black candidate the benefit of the doubt. 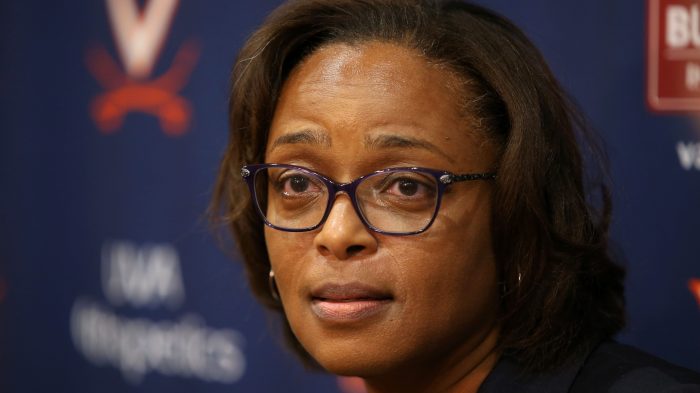 Of course, a Black person in power is no guarantee. The NFL has seven Black general managers. One of them, Chris Grier of the Miami Dolphins, fired his Black head coach Brian Flores in an apparent clash of personalities.

The NFL should consider supplementing the long-standing Rooney Rule with a nepotism/cronyism rule. I realize this is difficult in a mostly family-run business.

Nepotism is not an entirely white affair. But in a league where 75% of the coaches are white, the long-term effect of nepotism and cronyism can have a devastating impact on the hiring of African American head coaches.

All of this adds up to a steep mountain to climb for the NFL. I appreciate the NFL’s social justice commercials and the sentiment behind them. But while the league has embraced social justice as an initiative — and as an impressive brand halo — what remains to be seen is how vigorously the league achieves justice in its own backyard.

Iconic moments in sports that defined the ’60s | Multimedia