The one-two punch of Braves base coaches Eric Young Sr. and Ron Washington — The Undefeated

ATLANTA — On the first clear night of the weekend in Georgia, both men finally emerged from the dugout. The previous two afternoons were cold and clammy right up until the first pitch, with the tarp playing a featured role in the proceedings. Neither team took infield or outfield warm-ups, nor batting practice. For the Atlanta Braves’ first World Series appearance since 1999, it was a raw, albeit effective start.

On Sunday, with the Braves up 3-1 on the cusp of their first title since 1995, the only Black base coaches combo in the major leagues, Eric Young Sr. (nicknamed “E.Y.”) and Ron Washington, were on the Truist Park diamond, running their respective drills to get their squad ready for Game 5. Washington’s infield instruction methods are legendary, even if they look simple on the surface. For Young, this season in particular has highlighted the skills he perfected, playing 15 years in the Major Leagues after only three seasons in the minors.

“E.Y., when we do our hitters’ meetings, it’s pretty incredible the little things he picks up on a pitcher,” Braves first baseman Freddie Freeman said before Game 3. “Usually you look at a leg, the pickup on a leg, but he’ll tell us completely something different that a pitcher is doing. He might move his shoulder just a little, and he is right on it. He gives us a different key, it seems like, every single game. When you have that kind of thing — .01 seconds is huge in this game, and E.Y. is unbelievable at picking that kind of stuff up.”

For the team that entered the playoffs with only 88 wins, the worst total of any MLB team in the postseason, they’re taking every chance they can, and it’s working. After falling behind to the Brewers in the division series, they came back to win three in a row, including two shutouts. Two weeks ago, in Game 2 of the league championship series against the defending champion Los Angeles Dodgers, Washington engineered two pretty audacious sends that scored runs with extremely close plays at the plate.

“Whenever you come toward third base, your intention should be to cross that dish,” the guy known as “Wash” explained, regarding his baserunning philosophy, sitting in the dugout, watching the rain before Game 4. “Allow me an opportunity to make a decision, and allow the opportunity to stop you. You running until I stop you. And, you know, they took to it. That’s true baserunning right there.”

In 1996, Young was an All-Star, Silver Slugger and led the National League in stolen bases. As much as Washington is known for smart sends, similarly, on the other side of the diamond, E.Y. isn’t running dudes around the bags for no apparent reason. There’s a method to the mindset. Baserunning isn’t all just stolen bases.

“My whole mentality is being aggressive. However, noticing who can be the aggressive one, who I had to rein back in and who we had, to be like the smart intelligence, like smart aggressiveness,” Young said, pointing at different bases on the diamond before Game 5 to break down his process. “And we have baserunners, especially like somebody like Freddie [Freeman], not a base stealer — But he’s a baserunner. He’s one of our best on this team. Dansby [Swanson] can be our base stealer, a guy capable of stealing bases or a baserunner. So it’s like, three categories.”

When it comes to what we think of as lost arts in baseball, how you get around the dirt on offense is one of them. A foundational core of what Black folks have always brought to the game since we weren’t allowed to play in the bigs, there’s a direct correlation between the lack of us in the game and the steady decline of stolen bases in baseball. But, again, that’s not all that baserunning is. For some guys, getting around the bags, however you do it, is just a fundamental part of winning.

In the aforementioned game, you saw it all come together. Down two runs in the eighth, with one down, Braves outfielder Eddie Rosario tagged up from first on a routine fly ball to left field. He beat the throw to second with ease, because clearly, A.J. Pollock was not expecting it.

The next at bat, Ozzie Albies hit a soft liner to right field, the kind of hit that doesn’t usually plate a run, but, whatever. Rosario scored by the hair of his chin and suddenly the Braves were only down a run.

“Oh, my goodness,” Anderson continued with a stunned chuckle. “One of the riskiest sends you can have. Ron Washington wound him home, and Rosario is JUST in there,” as the camera went to a close-up on Washington’s face, which was as composed as ever.

Again, on the next play, Austin Riley sent a ball to deep center field over all-world player Mookie Betts’ head to the wall. Albies, who had just singled in Rosario on that wild play, was on his horse. Guess who sent him home — where he scored with a flourish.

With his helmet long off his head, the Curaçaoan motored around third, and Dodgers shortstop Corey Seager’s throw, just like the one on the play before from Steven Souza Jr., was a hair late. Albies was fired up, the Truist Park crowd was going bananas and all of a sudden, it seemed like champs were on the ropes.

For all the like-mindedness they show on the field, as friends and teammates, their mutual respect is the main thing that counts in the clubhouse. 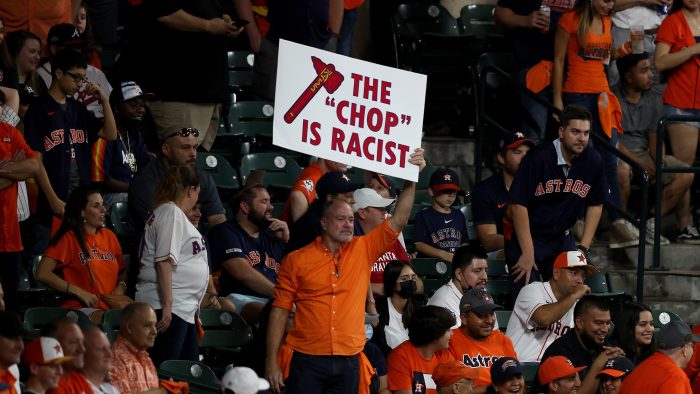 “It’s very rare that you see the dynamic that you and him have, the relationship, the chemistry that you two have knowing you can look at each other and you can finish each other’s sentences,” Young said with satisfaction on Sunday. “And the players know that. And the thing about what the players love about us, not only do we get on them, we get on each other, you know? So, once they see us opening up and being vulnerable in the sense that, hey, our motto is, hey, we good. We not perfect. And they got the same motto. ‘Cause we tell them, you good, but we practice to be perfect.”

Washington, the elder statesman whose name has been in a lot of mouths to get a managerial job next season, understands that it’s all a part of the process.

“You know, I’m in a good place, especially with these young guys we have here, I’ve been with them now five years. I watch them grow,” he said. As for E.Y., his face flashes a smile when he talks about his homie. “He’s a sharp guy. He’s smart. He knows his stuff. He’s an expert at what he does. He gets to your heart when he speaks, and he’s come a long way in the past three years I’ve been with him. Sometimes I disagree with him, sometimes he disagrees with me, and sometimes we scream and shout at each other. But when all that’s over, we back to buddies.”

Freeman, whose contract is up at the end of this season and is the face of the franchise, knows just how special he’s had it.

“That man, I don’t want him to leave, but he deserves every opportunity if a managerial job opens up for him. He’s an unbelievable leader,” the first baseman said. “He has the enthusiasm. He has the drive to win, to care about. He loves coaching. He loves just bringing young men up and just being the better of themselves.”

Until then, it’s pretty simple. As Young put it, plainly.

“If you see us, we always together.”

Clinton Yates is a tastemaker at The Undefeated. He likes rap, rock, reggae, R&B, and remixes — in that order.