in Technology
Reading Time: 11min read
A A

The University of Georgia’s Signature Lectures series continues in a virtual format for fall 2020, with renowned scholars and leaders in fields such as film production, global affairs, philanthropy, agribusiness, arts and humanities sharing their insights and expertise.

“In the midst of the pandemic, UGA’s colleges and schools have attracted a terrific lineup of speakers for the fall,” said Meg Amstutz, associate provost for academic programs. “The all-virtual format for the Signature Lectures is new and different, but we hope that it will enable even more people to participate in the series.”

Signature Lectures highlight speakers noted for their broad, multidisciplinary appeal and compelling bodies of work. Many of the lectures are supported by endowments, while others honor notable figures and milestones in the university’s history. All Signature Lectures are free and open to the public. Capacity is limited for some lectures, with registration required.

Deeley is a seasoned trial lawyer and a top adviser to Fortune 100 companies. She is an active member of the firm’s Women Enriching Business Committee and is committed to promoting diversity and inclusion in the legal community. Deeley has served on a number of boards, including for the National Center for Lesbian Rights and Legal Aid at Work and was a member of the Judiciary Committee with the San Francisco Bar. She is a member of the Association of Business Trial Lawyers, the Hispanic National Bar Association and the Bay Area Lawyers for Individual Freedom. Deeley is a 1992 graduate of UGA with a Bachelor of Business Administration degree.

Sponsored by the Institute for Leadership Advancement 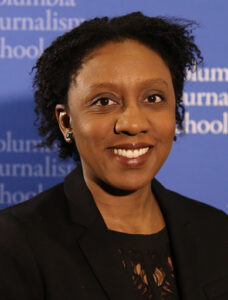 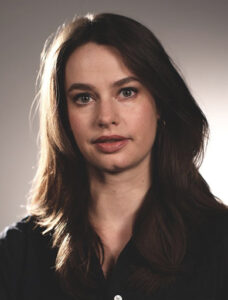 behind-the-scenes look at the art and craft of the documentary researcher. El-Amin is a co-producer on a forthcoming documentary film about the life and work of Ernest Hemingway, slated to be released later this year. Jenkins has been working with Ken Burns and Florentine Films since 2010, and she is currently a producer on an upcoming Muhammad Ali film. 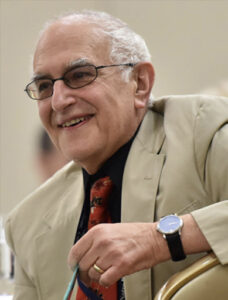 Sponsored by the School of Public and International Affairs, Department of Political Science and The American Founding Group 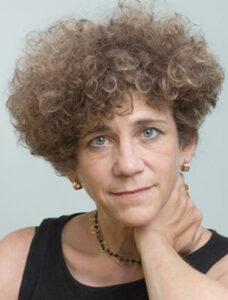 Drucker is internationally renowned for her work in the history of graphic design, typography, experimental poetry, fine art and digital humanities. Her research includes modeling interpretation for electronic scholarship, digital aesthetics, the history of visual information design, history of the book and print culture and critical studies in visual knowledge representation. Drucker’s most recent books are “SpecLab: Digital Aesthetics and Speculative Computing” and “Graphic Design History: A Critical Guide.” She is currently working on a database memoire, “ALL, the Online Museum of Writing,” in collaboration with University College London and King’s College.

Sponsored by the Office of the Senior Vice President for Academic Affairs and Provost, Willson Center for Humanities and Arts, UGA Libraries and the Franklin College of Arts and Sciences 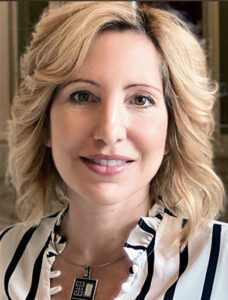 Schneider writes about the nature of the self and mind, with a focus on issues in philosophy, artificial intelligence (AI), cognitive science and astrobiology. In her most recent book, “Artificial You: AI and the Future of the Mind,” Schneider explores the philosophical implications of AI, as well as the enterprise of “mind design.” Schneider has worked with NASA on the future of intelligence and currently works with the U.S. Congress on AI policy development. Her work has been featured in notable publications such as The New York Times, Scientific American and Smithsonian.

Sponsored by the Department of Philosophy and Institute for Artificial Intelligence 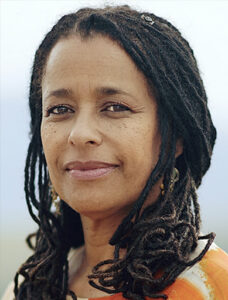 Carolyn Finney, Scholar-in-Residence, Franklin Environmental Center at Middlebury College
“What’s Race Got to do With It? Christian Cooper, John Muir and the Nature of Green Space”
Oct. 15, 3:30 p.m., Virtual lecture

Finney, a storyteller and a cultural geographer, explores the complex intersections of race and the environment. She seeks to increase awareness of how privilege influences how we experience the outdoors and the definition of environmental issues. Finney’s scholarship focuses on gender and environmental management in Kenya and Nepal, as well as on African Americans’ experiences with the outdoors in the United States. Her first book, “Black Faces, White Spaces: Reimagining the Relationship of African Americans to the Great Outdoors,” was released in 2014.

Sponsored by the Warnell School of Forestry and Natural Resources 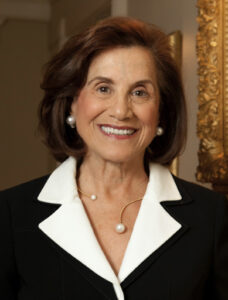 Jacobsen is a distinguished international affairs scholar, curator, business executive and passionate collector of American art. Most notably, she is the founder of the Thomas H. and Diane DeMell Jacobsen Ph.D. Foundation, which is dedicated to collecting, preserving and sharing museum-quality works of American art. The foundation’s collection includes paintings, sculpture, silver and furniture. Jacobsen’s lecture will be presented in conjunction with the Georgia Museum of Art exhibition “The Art of Seating: 200 Years of American Design,” on view from Oct. 17 through Jan 3.

Sponsored by the Georgia Museum of Art 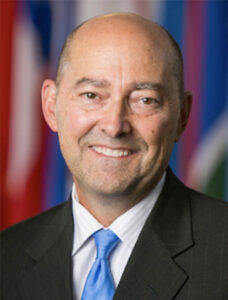 Admiral Stavridis is a retired four-star officer in the U.S. Navy. He led the NATO Alliance in global operations from 2009 to 2013 as supreme allied commander with responsibility for Afghanistan, Libya, the Balkans, Syria, counter piracy and cybersecurity. He also served as commander of U.S. Southern Command. From 2006 to 2009, he was responsible for all military operations in Latin America. Stavridis holds more than 50 medals, including 28 from foreign nations. He is a monthly columnist for Time and a chief international security analyst for NBC. Stavridis is also the author of nine books, including “Sailing True North.” 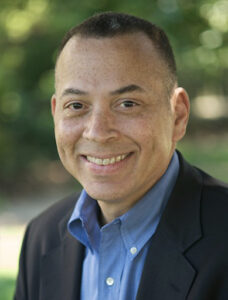 Ralph Eubanks, Author and Visiting Professor of Southern Studies, English, and Honors in the Center for the Study of Southern Culture at the University of Mississippi

Eubanks, a 2007 Guggenheim Fellow, is currently a visiting professor of English and southern studies at the University of Mississippi. He is the author of “Ever Is a Long Time: A Journey Into Mississippi’s Dark Past,” “The House at the End of the Road: The Story of Three Generations of an Interracial Family in the American South” and “A Place Like Mississippi.” Eubanks is the former editor of the Virginia Quarterly Review at the University of Virginia and served as director of publishing at the Library of Congress in Washington, D.C., from 1995 to 2013. He has also published essays in The Hedgehog Review, American Scholar, The Georgia Review and The New Yorker.

Sponsored by the UGA Libraries, Hargrett Rare Book and Manuscript Library and The Georgia Review 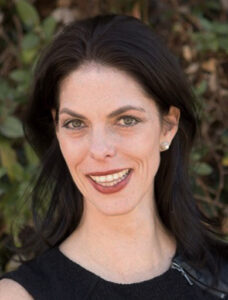 Borlaug is the granddaughter of American biologist, humanitarian and Nobel laureate Norman E. Borlaug. As the vice president of external relations for Inari Agriculture, she is continuing the Borlaug legacy and inspiring the next generation by advocating for innovation and technology to end hunger and poverty. Borlaug has developed agricultural partnerships between public, private and philanthropic groups to expand the mission to feed the world’s hungry. She previously served as director of strategic initiatives for Texas A&M Agrilife Research, associate director of external relations for the Borlaug Institute for International Agriculture, and director of development for the American Cancer Society.

Sponsored by the College of Agricultural and Environmental Sciences 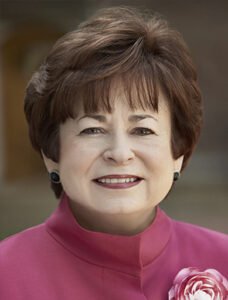 Clark is one of the true innovators in the retail industry. She is chief inspirator of Delmar DivINe, CEO of the Clark-Fox Foundation, and founder and former CEO of Build-A-Bear Workshop. In 2013, Clark stepped down from her Chief Executive Bear role to apply her entrepreneurial skills to her passion for improving K-12 public education and to invest in and mentor women and minority entrepreneurs. Her latest venture, Delmar DivINe, is the first collaborative space dedicated to maximizing the human and financial capital of St. Louis’ social initiatives and institutions. Slated to open in 2021, Clark hopes this project will encourage community development and social improvement. She has also published the book “The Bear Necessities of Business: Building a Company with Heart.” Clark is a 1971 graduate of UGA with a bachelor’s degree in journalism and was the speaker for the university’s summer Commencement exercises in 2008. 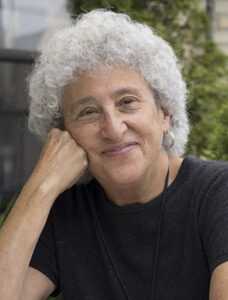 Nestle is the Paulette Goddard Professor Emerita of nutrition, food studies and public health at New York University. She is also a consumer advocate, nutritionist and author of six award-winning books. Nestle’s research examines scientific and socioeconomic influences on food choice, obesity and food safety, with an emphasis on the role of food marketing. Among her recent honors are the John Dewey Award for Distinguished Public Service from Bard College and the Public Health Hero Award from the University of California School of Public Health at Berkeley.

Sponsored by the Richard B. Russell Library for Political Research and Studies, UGA Libraries and College of Family and Consumer Sciences

Requests for accommodations for those with disabilities should be made as soon as possible but at least seven days prior to the scheduled lecture. Contact Sherri Bennett in the Office of Academic Programs at 706-542-0383 or sherri@uga.edu to request accommodations.

Netflix delves into the ‘human side’ of Challenger disaster

Netflix delves into the ‘human side’ of Challenger disaster

‘He was a giant, a humble man and my superman.’ – Chicago Tribune