Byron Allen poses for photos during a ceremony honoring him with a star on the Hollywood Walk of Fame on Wednesday, Oct. 20, 2021 in Los Angeles. (Photo by Richard Shotwell/Invision/AP)

A star on the Hollywood Walk of Fame was unveiled today honoring Byron Allen, who has gone from being youngest standup comedian to have performed on “The Tonight Show” to a media mogul.
“This is really special to me, and words cannot describe it,” Allen said at the ceremony on the corner of Hollywood Boulevard and Vine Street.
He said he first saw the Walk of Fame when his family came to California when he was 7 years old.
“That’s when I began to dream,” he said. “I began to dream right here on this street.”
“I am truly a blessed human being, and I have the good fortune of not only being a blessed human being, but also being in the greatest country on planet Earth: America,” he said. “I’m blessed in so many ways. I have such a phenomenal family and friends.”
Author and TV personality Jon Kelley, host of the syndicated game show “Funny You Should Ask,” was among those speaking at the ceremony, saying, “Byron Allen is a true force of nature in every sense of the word.”
Allen’s star is the 2,706th since the completion of the Walk of Fame in 1961 with the first 1,558 stars. It is next to that of the late “Tonight Show” host Johnny Carson. 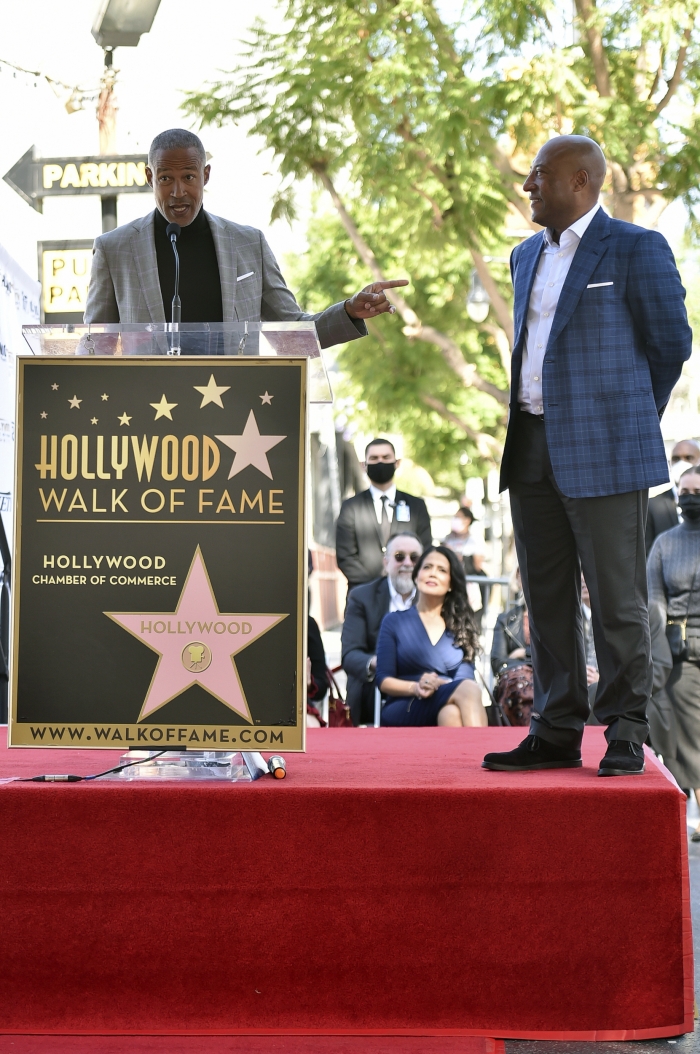 John Kelly, left, speaks as Byron Allen looks on during a ceremony honoring Byron with a star on the Hollywood Walk of Fame on Wednesday, Oct. 20, 2021 in Los Angeles. (Photo by Richard Shotwell/Invision/AP)

Allen’s connection to Carson began in childhood. His mother, Carolyn Folks, was a publicist for NBC and Allen would roam the soundstages at the network’s Burbank studios, including sneaking on the “Tonight Show” set, where he would sit behind Carson’s desk and play talk show host.
After encouragement from Carson, Allen put together his first stand-up routine when he was 14 and began performing on amateur nights at comedy clubs throughout the Los Angeles area. 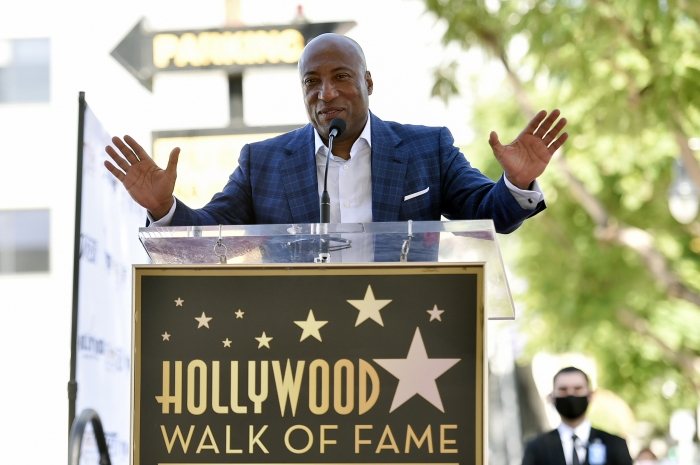 Byron Allen speaks during a ceremony honoring him with a star on the Hollywood Walk of Fame on Wednesday, Oct. 20, 2021 in Los Angeles. (Photo by Richard Shotwell/Invision/AP)

After one performance, comedian Jimmie Walker, who starred on the 1974- 79 CBS comedy “Good Times,” received word of Allen’s act and decided to invite him to join his comedy writing team alongside the then-unknown comedians Jay Leno and David Letterman.
In 1979, at age 18, Allen made his national television debut on “The Tonight Show Starring Johnny Carson,” becoming the youngest standup comedian to have performed on the show.
The producers of NBC’s “Real People” watched Allen’s performance and were so taken with his comfortable, relaxed style that they made him an offer the next day to co-host what would become the first reality-based program broadcast on network television, running from 1979-84. 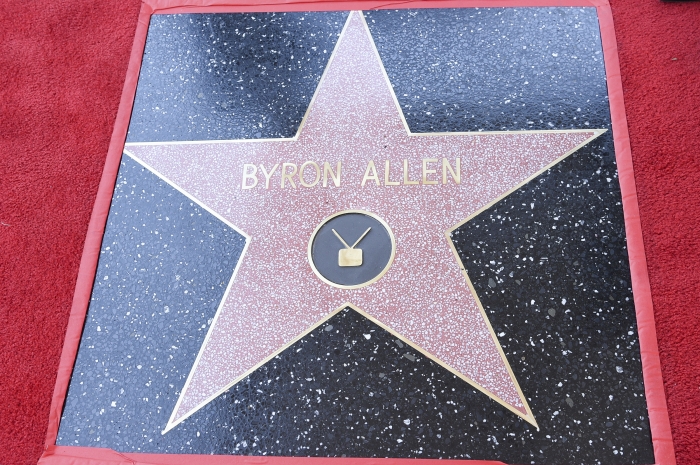 Byron Allen’s star on the Hollywood Walk of Fame is pictured following a ceremony for him, Wednesday, Oct. 20, 2021 in Los Angeles. (Photo by Richard Shotwell/Invision/AP)

What Moderna owes the world

What Moderna owes the world

Everything Legendary is Providing Plant-Based Gourmet Foods to Bowie State