The soundtrack of a franchise. The soul of a sport. The best to ever do it.

The tributes that poured out after it was announced that legendary baseball broadcaster Vin Scully died Tuesday at age 94 demonstrated the scope of his influence on countless baseball fans — including those of us for whom English was not our first language.

As Los Angeles Times columnist Gustavo Arellano remarked on Twitter Tuesday night, “That sobbing you hear is hundreds of thousands of Mexican Americans in SoCal mourning the loss of their Tío Vinny …”

What did Scully represent for me, the son of Mexican immigrants who grew up in a Spanish-speaking home in East Los Angeles?

As much as anyone, Scully taught me the English language.

Just about everything my family watched on television growing up was in Spanish, from the local and national news on the Univision or Telemundo affiliate to telenovelas to variety shows such as Siempre en Domingo, Sabado Gigante and The Johnny Canales Show.

But looking back on my childhood, I realized that English began to seep in and helped me become bilingual. A lot of that was at school, of course. But there were also Saturday morning cartoons, network sitcoms, game shows, and reruns of classic TV shows.

And then there was baseball. After emigrating to the U.S. in the early 1970s and settling in the Boyle Heights neighborhood of East LA, my mother and father fell hard for the Dodgers. I suppose it could have gone no other way since the house I grew up in (and where they still live today) is five miles from Dodger Stadium. It also helped that the team was very good. From 1974-81, the Dodgers won four pennants and one World Series.

As a result of this fandom, and the games being accessible on over-the-air TV (regional sports networks were not a thing back then), Scully became a ubiquitous presence in the Guzman household. Whether it was a Saturday night from San Diego, a Tuesday afternoon from Cincinnati or a Sunday morning from Philadelphia, Scully’s voice and marvelous turns of phrase were always there no matter what was going on in our lives.

The LA market was fortunate enough to have Spanish-language broadcasts of the games. But those were only on the radio back then, with the great lead announcer Jaime Jarrin, a baseball broadcasting giant in his own right, who is slated to retire at the end of this season. (More on him in a moment.)

It was the TV broadcasts with Scully that nurtured a love of baseball that I carry to this day, and as a bonus they created a love of another language. They were a Rosetta Stone built on mentions of curveballs and the infield fly rule. For my parents, who listened to Jarrin when the games weren’t on TV, Scully represented a familiarity and steadiness that was welcoming as they settled into their life in the U.S.

Though I didn’t know it at the time growing up, Scully would also fuel a professional passion for working with words, work I have mainly married with the subject of sports. Baseball broadcasts naturally lend themselves to storytelling because of the game’s less-than-frenetic pace. And when you had someone like Scully on the microphone, you couldn’t help but be influenced by how he was able to weave tales about myriad subjects. 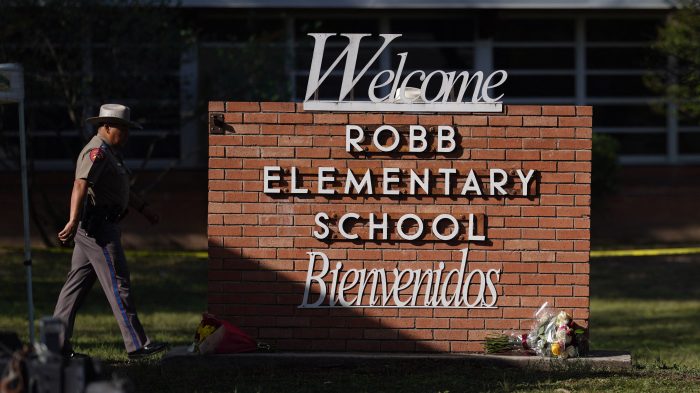 In times of crisis, government needs to speak our languageRead now

It was a gift he maintained to the end of his career, such as when he talked about the history of beards during a game in 2016. There was no one better at painting a picture and drawing you in during a big moment. Lots of people have pointed to his call of the Kirk Gibson home run in Game 1 of the 1988 World Series, a master class of broadcasting that included knowing when to not say anything and let the crowd noise take over.

Those of us who listened to him regularly were well aware of this. His call of Jerry Reuss’ no-hitter in June 1980 is one my parents remember and talk about so much it’s almost like I remember watching it myself. (I was 3 years old at the time.)

And because of his presence in our lives, when the time came for weightier news, Scully was a trusted voice. When he told us about the death of Don Drysdale during a game in July 1993, it felt appropriate that he was the one to tell us.

Even as I feel that tinge of sadness this week, I can’t help but also be grateful for all that Scully represented in my life and how he remained a presence even when I had achieved some professional success.

I found out about Scully’s death while I was en route to the joint convention of the National Association of Black Journalists and the National Association of Hispanic Journalists in Las Vegas. It just so happens that NAHJ introduced a lifetime achievement award this year named after Pedro Gomez, the ESPN baseball journalist who died in February 2021. The first recipient will be Jarrin, who has spoken for years about what a dear friend and mentor Scully was to him for his entire career. Jarrin has been calling Dodgers games since 1959, a year after the team relocated to Los Angeles. Whatever historical Dodgers moments you’ve seen this week with Scully on the call, there is a Spanish-language equivalent with Jarrin.

This award will be presented to him Friday, and because of my ties to NAHJ’s Sports Task Force, I have been tasked with greeting Jarrin when he gets to Las Vegas. I look forward to meeting him and expressing my condolences but also my gratitude for the impact Scully, and by extension Jarrin, had on my life and the life of my parents.

Because I can trace the origins of my career to those Dodgers broadcasts, which were so much more than a game for me and countless others. They were an education, courtesy of our “Tio Vinny.”

Ed Guzman is Andscape’s deputy editor for sports. An East Los Angeles native and the son of Mexican immigrants, Ed remains on an ongoing quest to complete his Miles Davis vinyl collection.

Bill Russell was ‘an arrogant Negro’ to the end

Arts & Culture Newsletter: Did ‘Breaking Bad’ put Albuquerque on the map? Not really, but it helped

Arts & Culture Newsletter: Did 'Breaking Bad' put Albuquerque on the map? Not really, but it helped